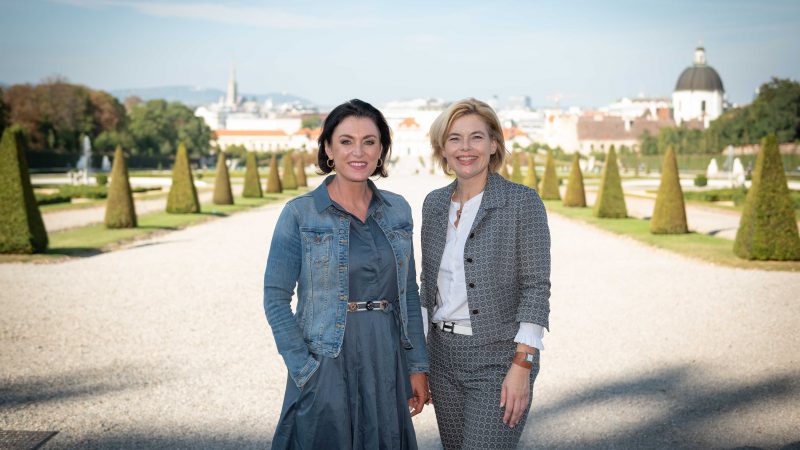 In a joint statement issued on Tuesday (5 October), the forestry ministers of Germany, France, Finland, Sweden, Slovakia and Austria, who held an informal two-day meeting in Vienna, did not mince their words in complaining about the strategy.

According to the six countries, the Commission had not involved member states in preparing the forest strategy, which it had presented in July, and had thus not sufficiently respected their “competences (…) in forestry in the sense of subsidiarity”.

“What we (…) do not need is more bureaucratic red tape from Brussels,” said German Forestry Minister Julia Klöckner. “We therefore clearly oppose the weakening of the principle of subsidiarity in this area,” she added.

In their statement, the ministers also called for EU countries to be more closely involved in the EU forest strategy and “broad expertise in the member states” to be better recognised.

In its forest strategy tabled in July, the European Commission has underlined the crucial role played by forests in absorbing carbon dioxide and meeting the EU’s climate targets, setting out plans to plant 3 billion trees before the end of the decade.

The countries also took aim at the “unbalanced consideration of the three key components of sustainability”, namely ecological, economic, and social sustainability.

Although Austria is committed to implementing the European Green Deal, it “cannot allow the forest to be seen only as a sink for carbon anymore”, said the country’s Forest Minister, Elisabeth Köstinger, who hosted the meeting initiated the declaration. “The successful principle of sustainable forest management clearly encompasses more,” she added.

In their declaration, the countries also noted the many functions forests fulfil in sustainable forest management. These include, for instance, forests used as recreational areas, an alternative source of raw materials, to protect against natural hazards such as avalanches, and “above all” as an “important economic factor”.

Criticism was also voiced by the European associations of forest owners, which met in Vienna on Monday in parallel to the ministerial meeting. In a statement they also sent to the Commission, the associations “clearly rejected” the bloc’s forest strategy.

According to Franz Titschenbacher, Vice-President of the Austrian Chamber of Agriculture, putting more forests out of use on a large scale represents a complete misunderstanding of climate protection and will make “us miss the ambitious climate targets. An “active, multifunctional and sustainable management” of forests is indispensable for phasing out fossil fuels and raw materials, he said.

“Wood is an important CO2 reservoir that is needed as a rapidly renewable raw material for the climate turnaround,” the President of the German Forestry Council, Georg Schirmbeck, explained. He called on lawmakers to adjust the forest strategy to ensure the production and use of “regional renewable raw material wood” in the long term.

Subsidiarity principle in no way harmed

But according to Birte Cordts from the German environmental organisation NABU, “forests have been very badly affected by economically oriented objectives.” Forest policy has so far focused on economic rather than environmental aspects, Cordts also told EURACTIV Germany.

NABU also disagrees with the six EU countries who say the Commission is overstepping its remit with the forest strategy. “The EU has a strong mandate to take action to protect forests,” said Cordts, adding that the strategy in no way violates the subsidiarity principle.

To be fully effective, measures to protect and monitor old-growth and primary forests must be implemented at the EU level, she added.

In an open letter, NABU and six other environmental organisations called on German Environment Minister Svenja Schulze to advocate for the strategy to have high environmental standards and against the “in part very one-sided and backwards-looking positioning of the ministers of agriculture”.

For example, Germany is funding the conversion to climate-stable and site-adapted mixed forests with €1.5 billion.

At the beginning of September, Klöckner presented a national forest strategy until 2050 but did not obtain full backing from her government, particularly from the environment ministry.

EU should stay away from Finnish forests

Forestry should be based on local conditions and knowhow in each member state, the Finnish government’s ministerial committee on EU affairs, chaired by Prime Minister Sanna Marin, said on Friday, highlighting that forest policy belongs to the competences of member …