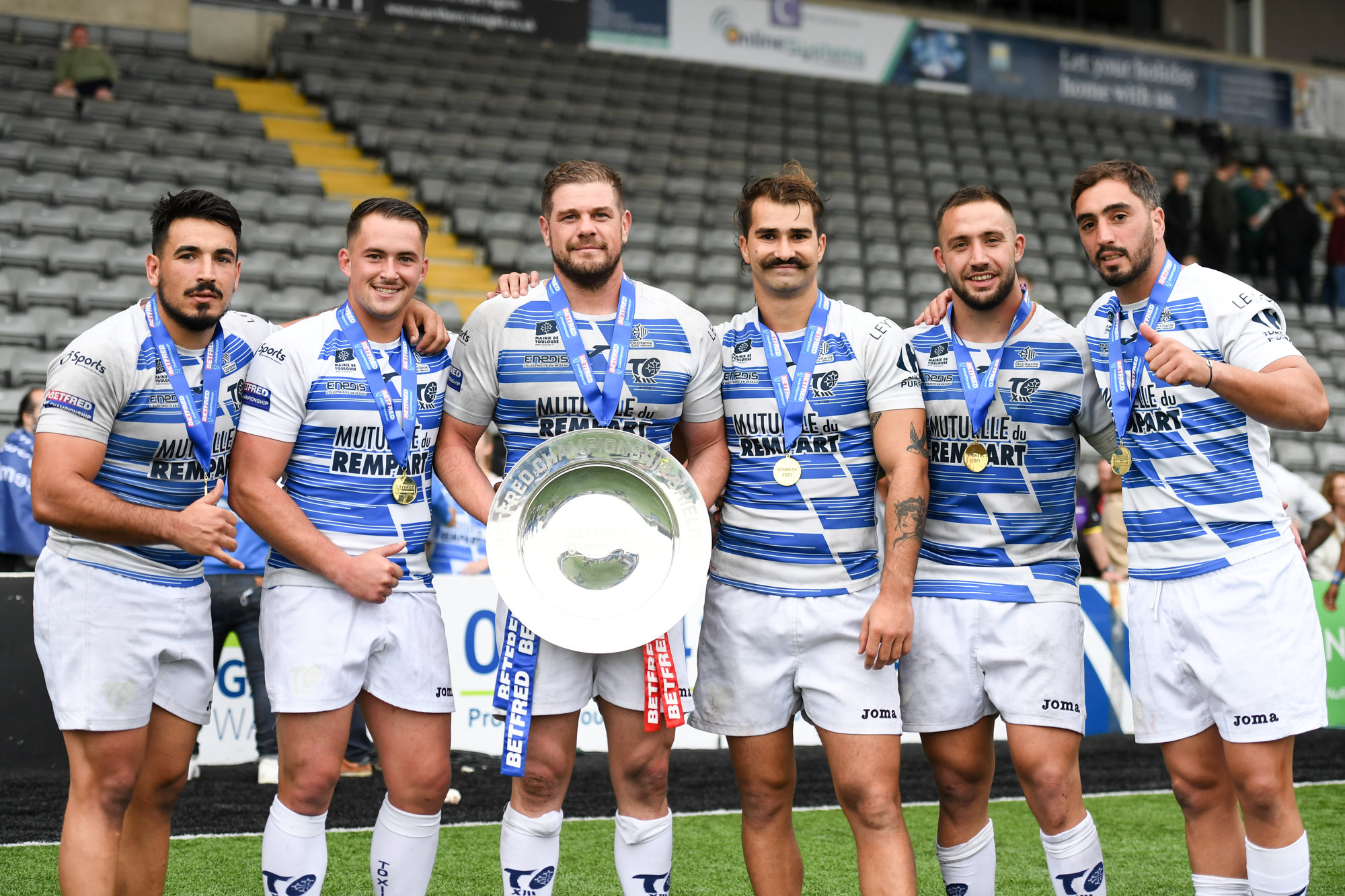 After Catalans Dragons’ narrow defeat in an epic Grand Final on Saturday, Toulouse Olympique will be looking to give French rugby league a timely boost on Sunday when they take on Featherstone Rovers in the Million Pound Game, with a place in the Betfred Super League up for grabs.

Toulouse won all 14 of their Betfred Championship fixtures this season despite constant complications and cancellations due to Covid-19, and last week they hammered Batley Bulldogs 51-12 to set up a showdown with Featherstone, who finished in second spot having themselves only lost a single game – to Toulouse – in the entire campaign.

The home side’s pack will be led by Remi Casty, who captained Catalans to their history-making Challenge Cup triumph in 2018 and was a key part in the Dracs’ shift in momentum prior to this season.

Rovers, though, have already won one final this season, beating York City Knights in the 1895 Cup showpiece at Wembley in July. Yet coach James Webster and his side know that Toulouse will provide an altogether sterner test in the south of France on Sunday.

“I think Toulouse are overwhelming favourites,” Webster told reporters this week. “I don’t think you will find too many people in the media or the public who are backing us. They’re a full-time outfit who spend a heap more money than we do, they’re at home, they’re fresh and ready to go.

“I can understand why they will be massive favourites to win the game. We don’t need to worry what other people say. We just need to worry about ourselves and about playing our style, and try to identify a couple of areas where our style will suit playing against them.”

Featherstone also featured in the last Million Pound Game, going down 24-6 to Toronto Wolfpack at Lamport Stadium, and Webster says that whatever happens in Toulouse this time around, this has still been a great season for his side.

“We’ve had a really good, enjoyable year. We’ve only been beaten by a Super League team and a full-time team, that’s it. We went to Wembley and won a cup and we are in a final now. All in the 100th year of the club. Considering Covid, it has still been a fantastic year.”


There have been upsets in the Million Pound Game before, most notably when the London Broncos beat a seemingly unstoppable Toronto in Canada in 2018. And while Featherstone are happy to admit that they are not the ones expected to win in 2021, rugby league has one hell of a way of upsetting the form guide time after time.