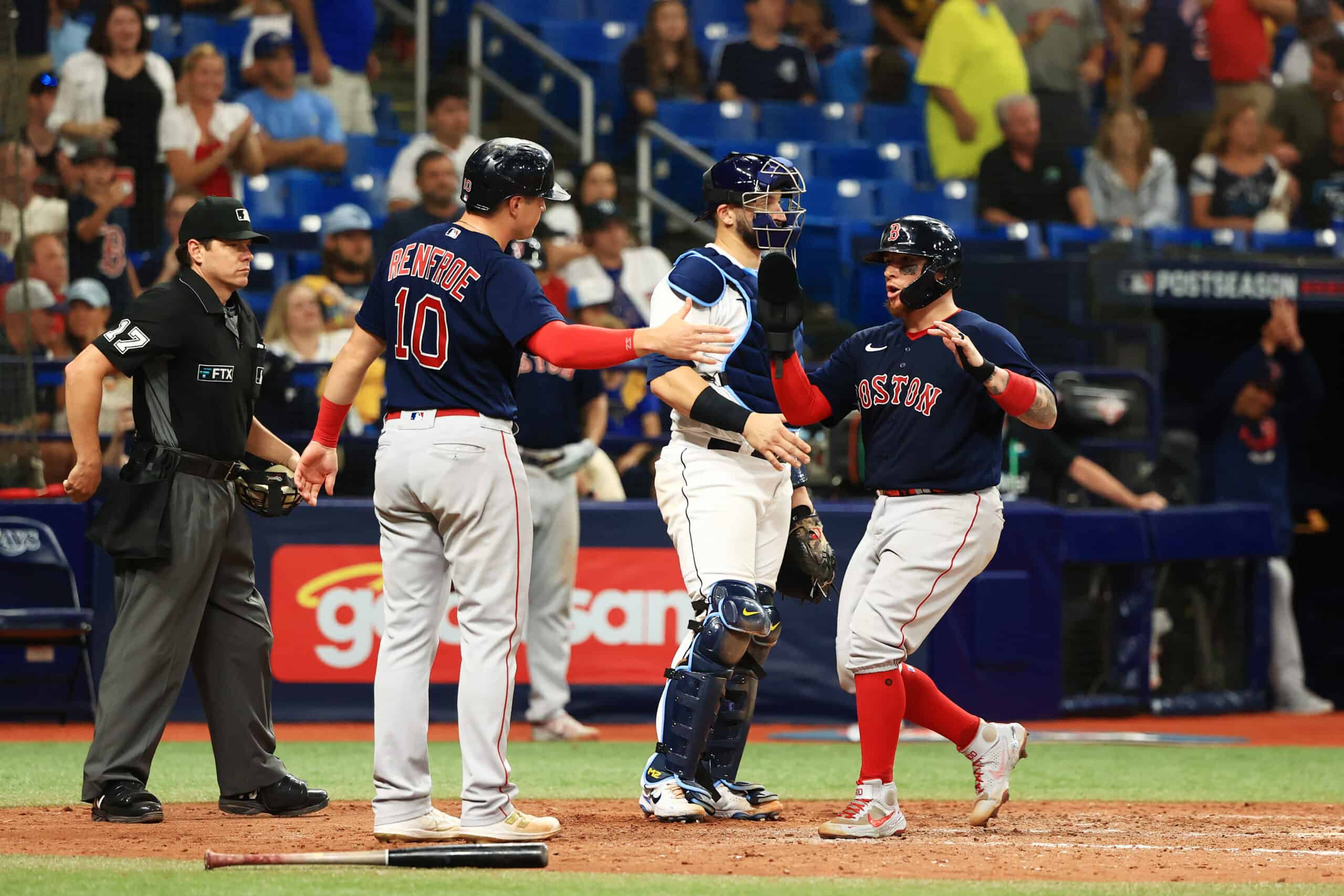 The Tampa Bay Rays looked like they were supposed to in Game 1 of their ALDS against the Boston Red Sox.

They were elite in all facets of the game and took home a 5-0 victory.

That appeared to take the wind out of Boston’s sails after what was a thrilling Wild Card Game victory over the New York Yankees earlier in the week.

But as baseball fans know, the postseason is full of surprises.

Jump ahead to Friday’s Game 2.

The Red Sox took an early 2-0 lead, only for the Rays to score five off Chris Sale in the bottom of the first.

Disaster had seemingly struck, yet the Red Sox ended up taking home a 14-6 victory.

A wild finish seems to be in store for this series.

A Show Of Resilience

Some teams may have been totally disheartened after seeing their star southpaw allow five runs in the bottom of the first.

Such a storyline followed a team like the Yankees all season.

They had the talent, but seemed to be going through the motions at times.

That is not true of the Red Sox, who kept fighting and ended up with an 8-5 lead by the top of the fifth.

The offense could simply not stop hitting home runs and the Rays pitchers had no answers.

Tanner Houck ends up being a hero for Boston in this one as well.

One houck of an outing. pic.twitter.com/vURR1jO0VA

He came on in relief of Sale in the second inning and logged five frames of one-run baseball.

If he didn’t right the ship, it may have been a shootout all night.

The Red Sox have to be feeling great tied up at 1-1 heading back to Fenway.

Even in the Game 1 shutout loss, the offense did have nine hits.

That total jumped to 20 in Game 2 and they are now heading back to their home ballpark.

It may not even be right to say that the Rays offense needs to wake up, as they scored six runs in the Game 2 loss.

This will come down to the pitching staff if Tampa wants to advance.

Any series featuring the Rays is a fascinating one given the way the team operates.

They are the perennial underdog in the sense they have such a limited payroll and rely on young players and those who were given up on by other teams.

For example, Jordan Luplow was the one who blasted a grand slam off Sale in the bottom of the first inning.

Cleveland sent him away, only for the outfielder to become a postseason hero in Tampa.

But can a team filled with such players take down a mighty, big spender like the Red Sox?

Well, the Rays did advance to the World Series last year in the more difficult expanded postseason.

They also won the regular season series over Boston by a final of 11-8.

Game 1 was a shutout and Game 2 was a blowout.

This series can go a number of ways and all fans can do is just enjoy the ride.