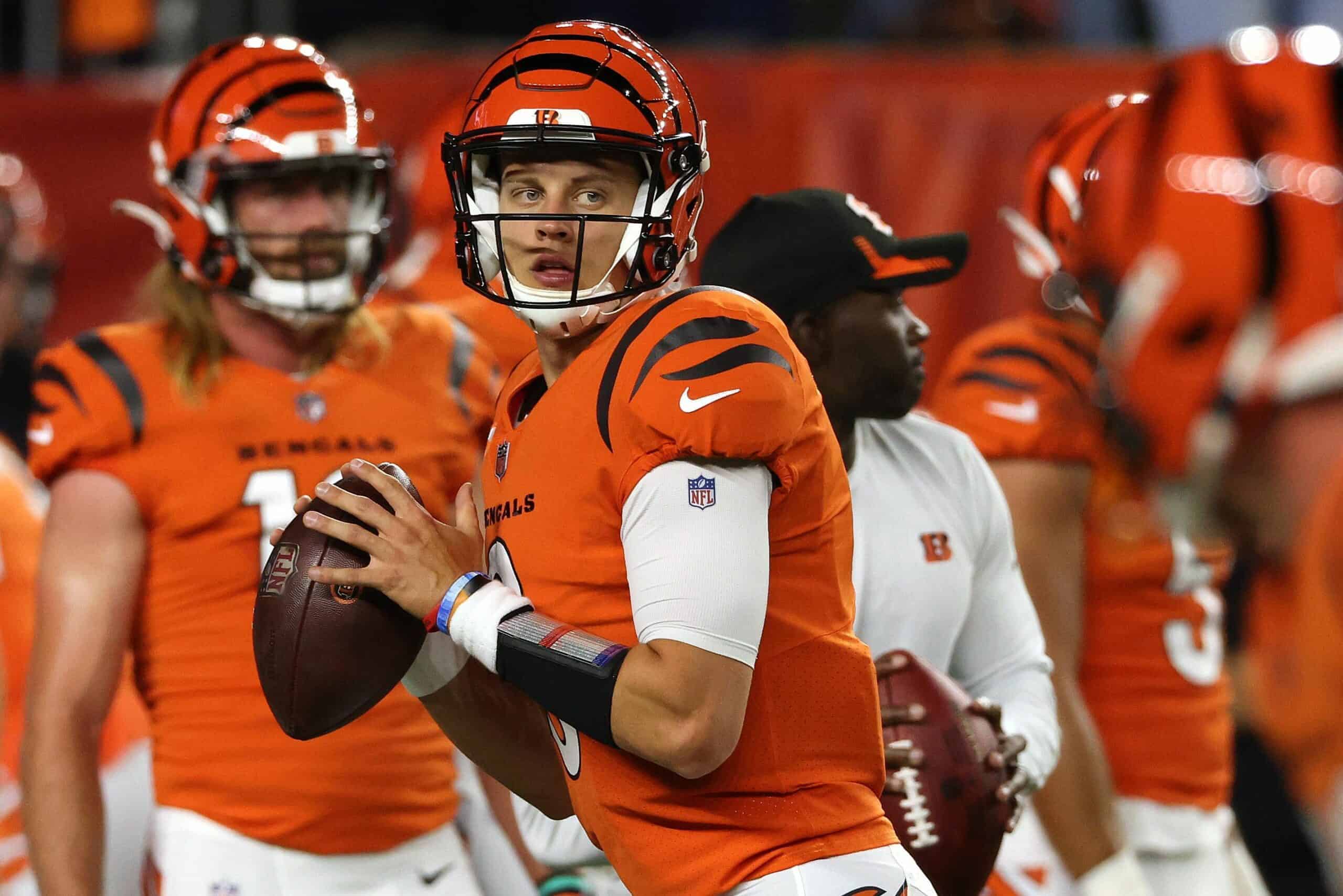 The Cincinnati Bengals have a solid start to the 2021 NFL season, winning three of their first four games.

Their only defeat came against the Chicago Bears, and they lost by three points.

From there, the Bengals ran out of timeouts, and the Bears milked the clock to preserve their lead.

In contrast, Cincinnati defeated the Minnesota Vikings, the Pittsburgh Steelers, and the Jacksonville Jaguars.

But while their current record puts them atop the AFC North, there’s much doubt raised against their victories.

Their three wins were versus teams with a losing record, with Jacksonville winless in four games.

Meanwhile, the Steelers struggle on offense because of Ben Roethlisberger‘s limitations.

The Bears would fall to 1-3 had they defeated them as well.

Take it easy on @JoeyB when he’s mic’d up 😂 pic.twitter.com/0iCXl5efcM

Therefore, experts can’t gauge the team’s firepower because they are defeating teams that struggle.

While a 3-1 record is impressive, their quality of opposition weakens their claim as a legitimate contender.

There are still doubts whether Zac Taylor’s crew can lead this squad to the postseason.

However, the Bengals can erase all concerns if they defeat the Green Bay Packers in Week 5.

The defending NFC North champions came out flat in their season opener against the New Orleans Saints.

It was uncharacteristic for the Packers not to cross the end zone with Rodgers and Davante Adams.

That nightmare of a game ended with Green Bay scoring three points.

But the team proved over the next three weeks that the loss was a fluke.

Bengals Must Claw Against The Pack

Rodgers threw four touchdown passes in that game, three of which went to Aaron Jones.

Jones added one rushing touchdown, and De’Vondre Campbell had an interception.

Green Bay struggled against the San Francisco 49ers but pulled off the victory, 30-28.

The 49ers left 37 seconds on the game clock, enough for Rodgers to conjure a drive that ended in a game-winning Mason Crosby field goal.

“MASON CROSBY HAS DONE IT AGAIN!”

The Packers got their third straight win by defeating the Pittsburgh Steelers, 27-17.

Rodgers had a rushing touchdown and threw two scores to Randall Cobb.

Rashan Gary and Kingsley Keke each had a sack while Eric Stokes made an interception.

The numbers show that the Packers are an average offensive team.

But having Rodgers always gives them a chance to win, be it at Lambeau Field or on the road.

The Bengals’ defense must keep a defender that will spy on Rodgers’ actions all game.

Aaron Rodgers after losing in Week 1:

Meanwhile, it’s time for Burrow to prove that he belongs to the upper echelon of NFL quarterbacks.

An outstanding performance against the Packers will legitimize their previous wins.

However, the fight will not be easy, and they must fight in every snap.

Defeating the Packers will give them more confidence against their big game in Week 7 against division rival Baltimore Ravens.