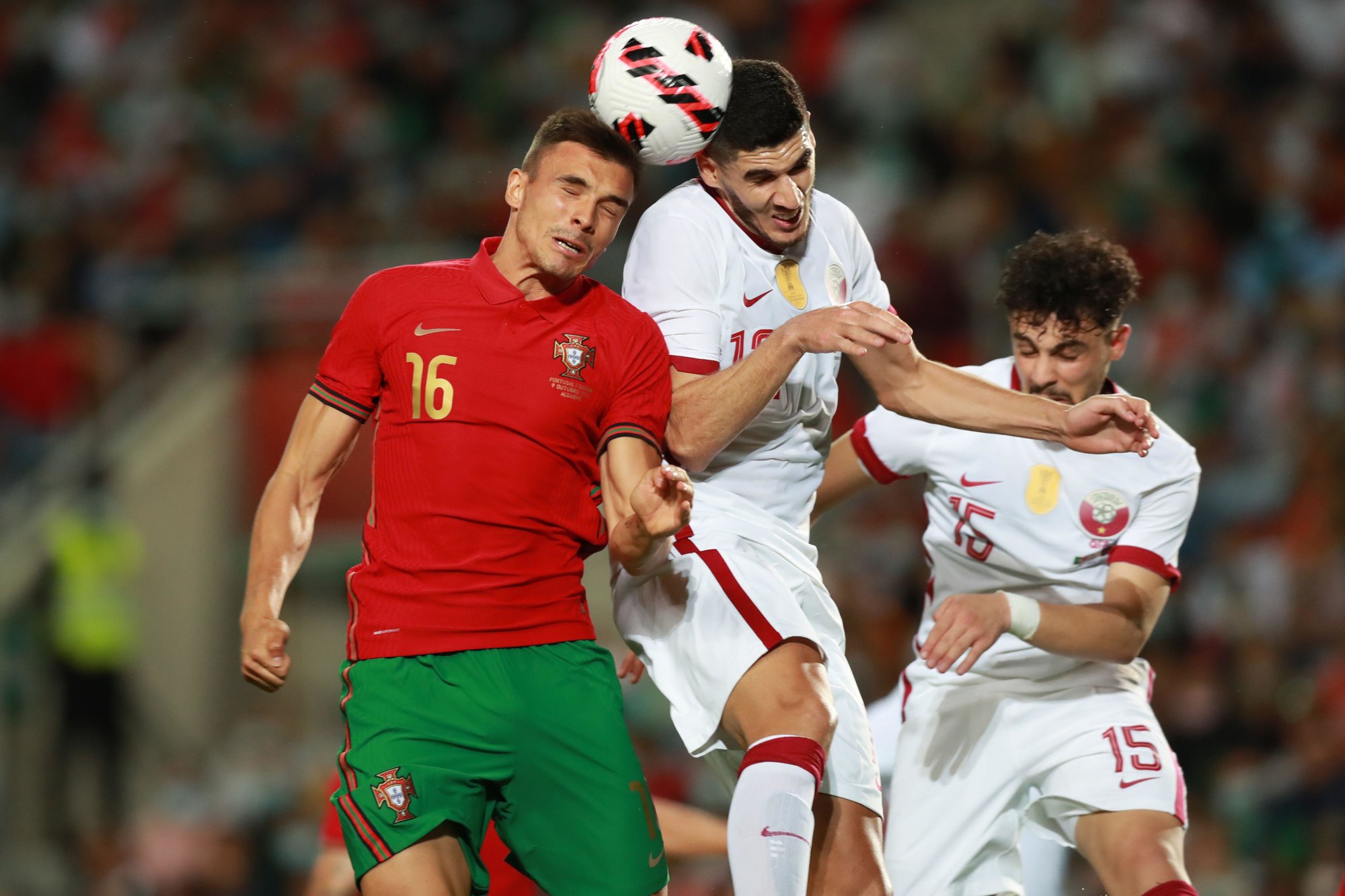 A Qatar World Cup that has seemed at various times to be a bad dream, logistical nightmare, subject of more controversy than Brexit, and a very long way off in the distance is finally looming large with just over a year until the host nation contest the opening match on November 21, 2022.

The acrimony, accusations, and finger-pointing have poured forth ever since Fifa awarded the premier international tournament to general astonishment back in December 2010 to the oil-rich nation situated on the Arabian Peninsula.

A first World Cup for the Arab world should have been a cause for celebration and a major boost for the global growth of the game. That’s certainly what France World Cup winner Zinedine Zidane was telling everyone for his foundation’s reported seven-figure remuneration as an ambassador.

But from serious allegations of corruption over how Qatar obtained votes, through the temperatures necessitating a switch to winter and mid-season for the big European clubs, soaring costs, grave human-rights concerns about the death rates and safety of migrant workers building the stadia, and also for the LGBTQ+ community in a state where homosexuality is still illegal for men…the PR hits have just kept on coming.


Countries including Norway, Germany and the Netherlands made noises about boycotts on moral grounds, but these were undermined by the will of supporters, players and officials not to miss out.

And somewhere in all this, as the contenders battle to be at whatever sort of party awaits, there is the Qatar national football team with former Barcelona youth coach Felix Sanchez in charge. They were in action against 2016 European champions Portugal on Saturday night – preparing to try to avoid the ignominy of being the worst host nation ever to stage a World Cup.

QATAR HAS BEEN UNDER THE SPOTLIGHT SINCE THE 2010 ANNOUNCEMENT

Already the first country to play their debut World Cup finals match on home soil since Italy in 1934, they will be in Group A as the Pot One seeded side – and everyone bar the other seven top seeds will be desperate to join them when the draw is made in April next year.

A current world ranking of No43 feels on the generous side, only one place behind Romania, and ahead of Scotland, Republic of Ireland, Northern Ireland, Egypt, Greece, Ivory Coast and Cameroon.

But it has been boosted by a carefully engineered schedule that has featured many of the lesser lights of world football. Even that cannon fodder has not exactly been put to the sword, Grenada aside. And anyone who has watched The Wolf Of Wall Street knows that Grenada has something of a reputation for being easy pickings.

Even here though, on the playing side, there has been a different political row – this time over the naturalisation procedures governing players born elsewhere being allowed to turn out for Qatar.

With a limited pool of homegrown talent, Qatar have not been shy about working the system. And of those in and around the squad this year 10 were born in other countries including Portugal, Sudan, France, Iraq, Egypt, Bahrain, Ghana and Algeria.


Uefa invited Qatar to effectively tag along for European qualifying Group A and play friendlies against those involved ‘home’ and away – where ‘home’ was in fact Hungary.

Taking those into consideration, in Qatar’s matches this year to date there have been narrow wins over Luxembourg, Azerbaijan, India, Oman, El Salvador (twice), a 2-0 win over Honduras and then the 4-0 against Grenada.

There have been draws against Ireland, Panama and Luxembourg. Against better sides, Qatar have gone down 1-0 to the USA, 3-1 to Portugal and then again 3-0 on Saturday to Fernando Santos’ side at the Estadio Algarve, and 4-0 to Serbia.

Given Ole Gunnar Solskjaer decided the 36-year-old Cristiano Ronaldo shouldn’t start against Everton in the Premier League earlier in October it was more of a shock to see the Portugal captain take his place in the XI for a meaningless friendly. Maybe he has one big final payday in mind.

Qatar’s back five were well-marshalled, and a four in midfield saw nippy winger Akram Afif occasionally push up to join isolated striker Almoez Ali, who toiled in vain. The pair have 55 goals for Qatar between them, but most have come against lower-grade opposition. Ghana-born Mohammed Muntari, missing with injury, potentially offers another attacking option.

Centurions Abdelkarim Hassan in defence, and captain, wing-back and record appearance-maker Hassan Al Haydos, chalked up their 109th and 155th caps respectively. A Qatar side showing very little adventure or creativity kept La Selecao and Ronaldo out for 37 minutes until a bad mistake from Bassam Al Rawi gifted the Manchester United forward a 112th goal for his country.

Having got his goal Ronaldo was subbed at half-time, and three minutes after the break Qatar’s Man of the Match Saad Al Sheeb got no help when clawing away a header from William Carvalho. As the defence stood still, Jose Fonte crashed in the second goal.

And after Bruno Fernandes, Bernardo Silva and Joao Moutinho were thrown on from the bench, Silva finally beat the defiant Al Sheeb with a flashing header.


Of greater significance for Portugal was Serbia beating Luxembourg to leapfrog them and go top of Europe’s Group A on Saturday night, meaning they still have a battle on their hands to qualify automatically for the World Cup.

For Qatar, this group of players must try to carry the hopes of a nation while defying the many cynics by producing creditable and credible displays next year. Organisation could see Qatar frustrate and contain in spells, and that can even win you games in the knockout stages with a 0-0 draw and penalties – but it won’t get you there in the first place.

Landing a place in Qatar’s group still looks to be the golden ticket.