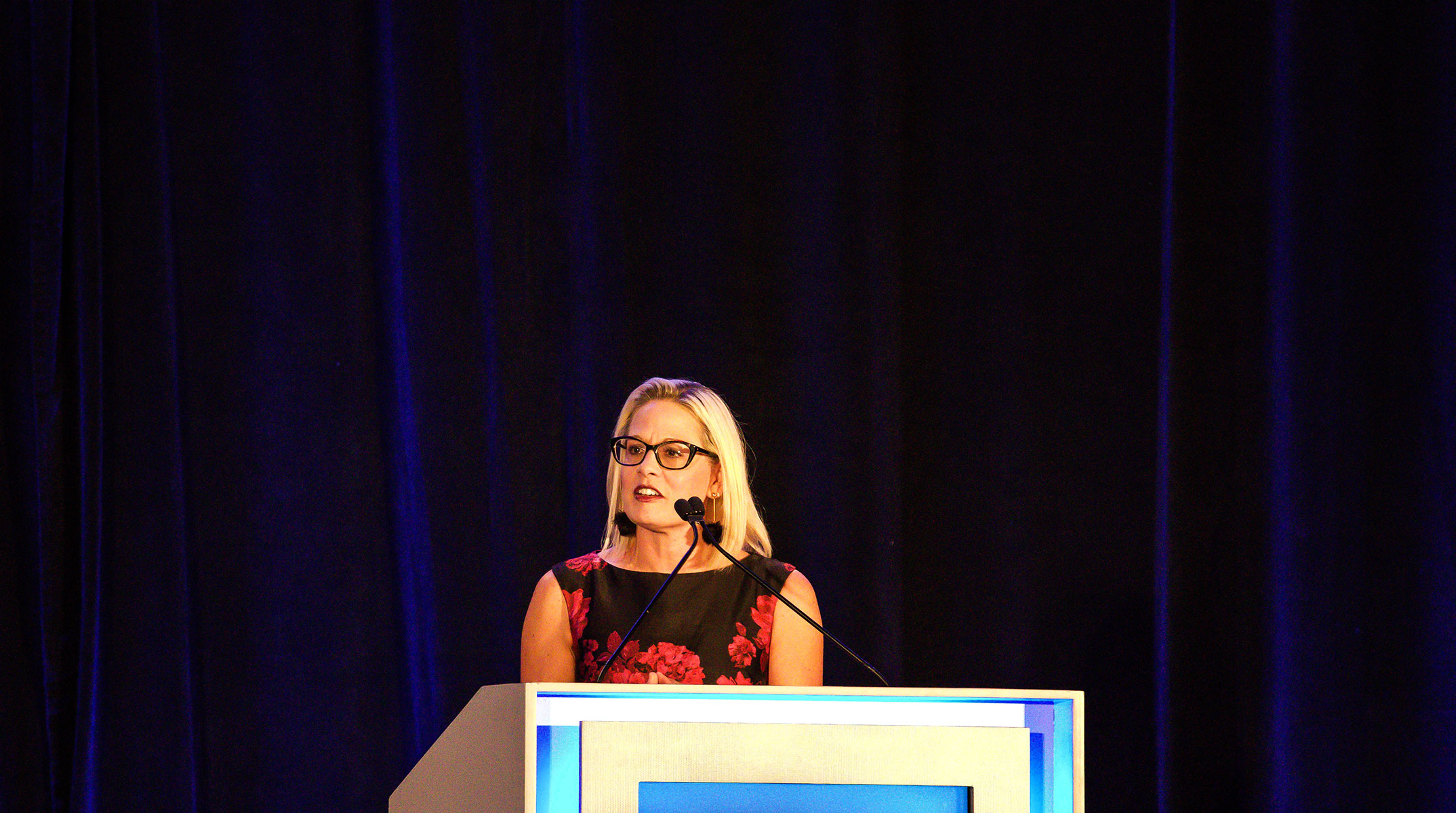 Political news in the US often begins with legitimate debate and then quickly tends toward the competition between extravagant personalities that can only delight the media. They don’t even have to pay the actors. Occasionally it can rival reality TV, attaining the gold standard of the Kardashians.

This week offered a stunning example of political hyperreality in the form of a trivial controversy around a trivial controversy. The media can thank more particularly the most trivial of current political personalities, Arizona Senator Kyrsten Sinema. After a video showing two of her female voters harassing her in a restroom, President Joe Biden’s commentary on the incident became a controversy in its own right. Expressing his disapproval of such tactics, Biden indulgently added, “So, it’s part of the process.”

In US culture, fatality; the equivalent of God’s will

US media culture has always sought to amplify the preference in US culture for binary thinking and linear logic. This means that the multiple perspectives and the complex logic that underlie most political issues will be systematically reduced to a binary opposition the public can understand and the media can exploit.

This typically produces a pendular dynamic that may continue ad infinitum with very little evolution. One obvious example of this is the arbitrary division of a varied political spectrum into two rigidly defined poles of political identity. One is either a Democrat or Republican, a liberal or a conservative. What this means is never clear, but it exists as a sign of identity.

Independents exist, but they live in a voluntary no man’s land. They possess the purely negative quality of being neither Democrat nor Republican. This distinction simply indicates a supplementary binary opposition between having one of the two party identities or refusing them.

In such a binary system, the introduction of complexity undermines the supposed logic of the whole, confusing the entire body politic. This is the case today in the debates in Congress over President Biden’s pair of ambitious infrastructure bills. The simpler one has bipartisan approval. In binary terms, this means it gets a green light rather than a red light.

The second one has run into a crippling binary quandary due to the added complexity of its link to the first that prevents it from offering a simple choice between green and red. Further confusion arises from the fact that the parties themselves can no longer function as the simple binary entities they were once intended to be.

The Democrats are credited with a majority in the Senate, with 50 senators plus the deciding vote of the Democratic vice president. But two of the Democrats, Joe Manchin of West Virginia and Kyrsten Sinema of Arizona, have taken a position on the second bill that places them in the same binary ideological category as the entire Republican Party. They have become the equivalent of a category error in a system that was designed, like an on-off light switch, to toggle conceptually between two opposing value systems.

In a non-linear legislative system, an issue would be raised, its features examined from different angles and multiple responses would be evoked. These would be followed by responses to those responses that are not framed in terms of acceptance or rejection but as elements contributing to the construction of a shared understanding of the issue’s facets. In a linear system, the issue is never fully explored and understood. From the beginning, every proposition is tested against the pre-defined ideologies governing the binary frame of reference.

In today’s media-dominated hyperreality designed to produce entertaining political theater, things quickly become even murkier. The need to reduce complex issues to binary choices allows the media the opportunity to highlight and amplify two types of conflict: the expected ideological conflict between the two parties — usually with a reference to future electoral strategies, as in a sporting event — and the personal conflict between the colorful personalities of a political farce.

This most recent episode brings together a few leading characters, some supporting actors and even some extras. The stars are President Joe Biden; Senators Kirsten Sinema, Cory Booker, and Bernie Sanders; the extras, a pair of female protesters from Arizona. For the media, the serious question of how senators reason about legislation likely to have a major impact on the future of the nation is quickly eclipsed by the entertainment value of the melodramatic skirmishes between the characters on stage.

Here is a summary of the sequence of events in this drama. A pair of female protesters followed Senator Sinema into a public restroom to accuse her of betraying their expectations as voters. They then published a video of the confrontation on social media, creating an immediate stir.

It followed that the press desperately needed to know President Biden’s take on such tactics. Expressing his disapproval, the president added some random reflections on what the incident says about a political system dominated by media events. These included his mention of its being “part of the process.”

Sinema and others predictably reacted indignantly to the video, calling the actions of the protesters an unacceptable invasion of privacy. Social media reacted with similar indignation to Biden’s remark about “process.” His critics accused him of cynicism.

A group of Democrats led by Cory Booker, embarrassed by the sympathy that seemed to be accruing to Sinema and the possible damage done to Biden’s reputation, formulated a statement to be released in the name of the Senate’s Democratic leadership, condemning the restroom video as “inappropriate and unacceptable.”

They then asked their colleague Bernie Sanders to sign it. Sanders agreed on the condition that the statement also included the expression of regret that Sinema was unwilling to change her position on prescription drugs. When Booker refused to include Sanders’ addendum, Sanders requested that the statement not be labeled as coming from the Democratic leadership.

The entire public debate thus turned into a competition to prove who could best disapprove the actions of two young protesters. Once the initial act of filming in the ladies’ restroom had been culturally cast as unacceptable behavior, the media and the politicians themselves treated it as a competition in the expression of indignation. What followed was a series of binary choices that sought to compare and judge the moral probity of a range of political personalities. The stakes of the legislation that provoked this sequence of events disappeared from the news.

The two-party system in the US emerged in the waning years of the 18th century, despite George Washington’s warning “in the most solemn manner against the baneful effects of the spirit of party generally.” The founders’ idealistic vision of a nation supposedly governed by “we the people” posited the ability to develop the kind of non-linear reasoning that would enable democratic debate to focus on the solution of real problems.

They were fully aware of the natural human tendency — when private and local interests are at play — of turning politics into a contest between organized groups of politicians seeking to hold the reins of power. They had seen its effects in England with Whigs and Tories. Factions might exist, but a two-party system spelled trouble.

Despite the founders’ reticence, a binary two-party logic quickly became the norm. The Hamiltonian Federalists and Jeffersonian Republicans began vying for dominance. Later in the 19th century what would become the classic Democrat–Republican two-party system would emerge. Its contours followed the curious fault lines created in the aftermath of the Civil War, in which the Republicans earned the reputation of being the abolitionist party, while the more populist, increasingly working-class Democratic Party in the North inherited the loyalty of the rural anti-abolitionist South.

The 1960s civil rights movement created another seismic shift in party identity, exploited largely to the Republicans‘ advantage thereafter. More recently, the increasing incoherence of a binary party system focused on winning elections rather than governing has led to the emergence of independents as the largest segment of voters. Logically, this should favor non-linear problem-solving in politics. Instead, the two parties have combined with the media to maintain their binary culture and reinforce their purely linear approach to policy.

Biden was right. As the chief beneficiary of the binary system, he is well aware that linear logic “is part of the process.”