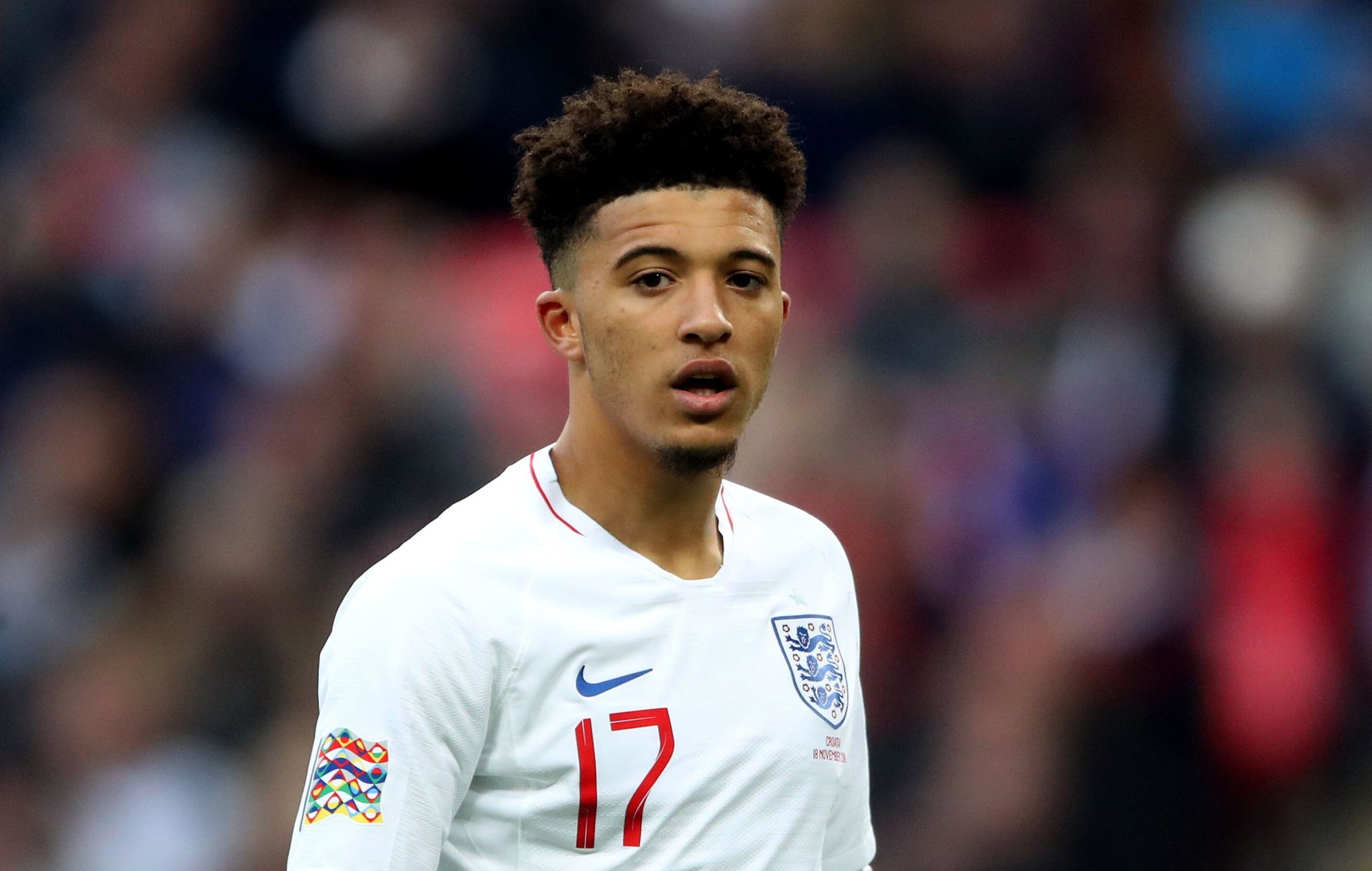 Jadon Sancho was the star for England as the Three Lions ran rampant in a 5-0 thrashing of Andorra on Saturday.

Since his big-money move to Manchester United in the summer, the wide-man has been watched a lot more closely and come under a lot more pressure from to perform. The former Borussia Dortmund man has so far been feeling the pressure at Old Trafford as he is yet to get off the mark in the Premier League for either goals or assists. And while his performances have been good for Ole Gunnar Solskjaer’s side, there are people who have been quick to get on his back because the numbers aren’t reflective of his work at the office.


Even before his move back to Manchester and this rough patch he’s found himself in at his new club, he was not a regular starter for the Three Lions under Gareth Southgate. So, when given the confidence and the backing of the England boss in Andorra he proved that is what a player in need of a confidence boost needs, and why Southgate is one of the best in the business when it comes to man-management. The faith he put into 21-year-old by starting him on Saturday paid off almost immediately as the winger took to the field looking full of belief as he looked to be a nuisance to his markers for the evening.

He set up the first goal of the game after timing a run to perfection to meet Phil Foden’s excellent flighted ball over the top, taking it down before giving Ben Chilwell a simple finish. His neat footwork caused the Andorran defenders countless problems, but it was pace that was causing them the real damage. The sheer speed that Sancho has in his locker is a problem for even the best defenders but in Andorra his acceleration saw two defenders, Christian Garcia and his replacement Ildelfons Lima, have to be taken off because their hamstrings gave way trying to keep up with him. His second assist of the game came from a nicely-weighted cross from the left which was met by Tammy Abraham to give England their third of the night.

Sancho’s brilliant display will whet the appetite of United supporters for when domestic football resumes and they will have Southgate to thank. He was not alone in standing out for the Three Lions tonight as Foden turned in another excellent performance beyond his years with his range of passing and vision. He was the catalyst for many of England’s chances and his performance will definitely give 51-year-old Southgate food for thought when they face a tougher opponent.

England, as expected, were on the front foot from the off and they looked to explore long balls over the top to find the timed runs of Sancho and Chilwell. The Three Lions came close on a few occasions before one worked perfectly. Sancho timed his run perfectly to latch on to a ball floated over the defence. The winger took the ball down brilliantly before teeing up Chilwell to smash the ball home for his first England goal. Foden was dazzling in the midfield with his excellent pin-point balls and one of them found the run of Bukayo Saka on the right, and he took the ball down with a brilliant first touch before firing in England’s second of the game.


Sancho’s outstanding performance continued in the second half as he registered his second assist of the game when Roma striker Tammy Abraham met his inviting ball to put them in an even more comfortable position. Substitute Jack Grealish came on and had an instant impact, earning his side a penalty which James-Ward-Prowse had saved by Josep Gomes before firing in the rebound. It then became five late on as Grealish went alone from a long kick by Sam Johnstone and slotted into the bottom corner to open his England account and round off the comfortable victory.