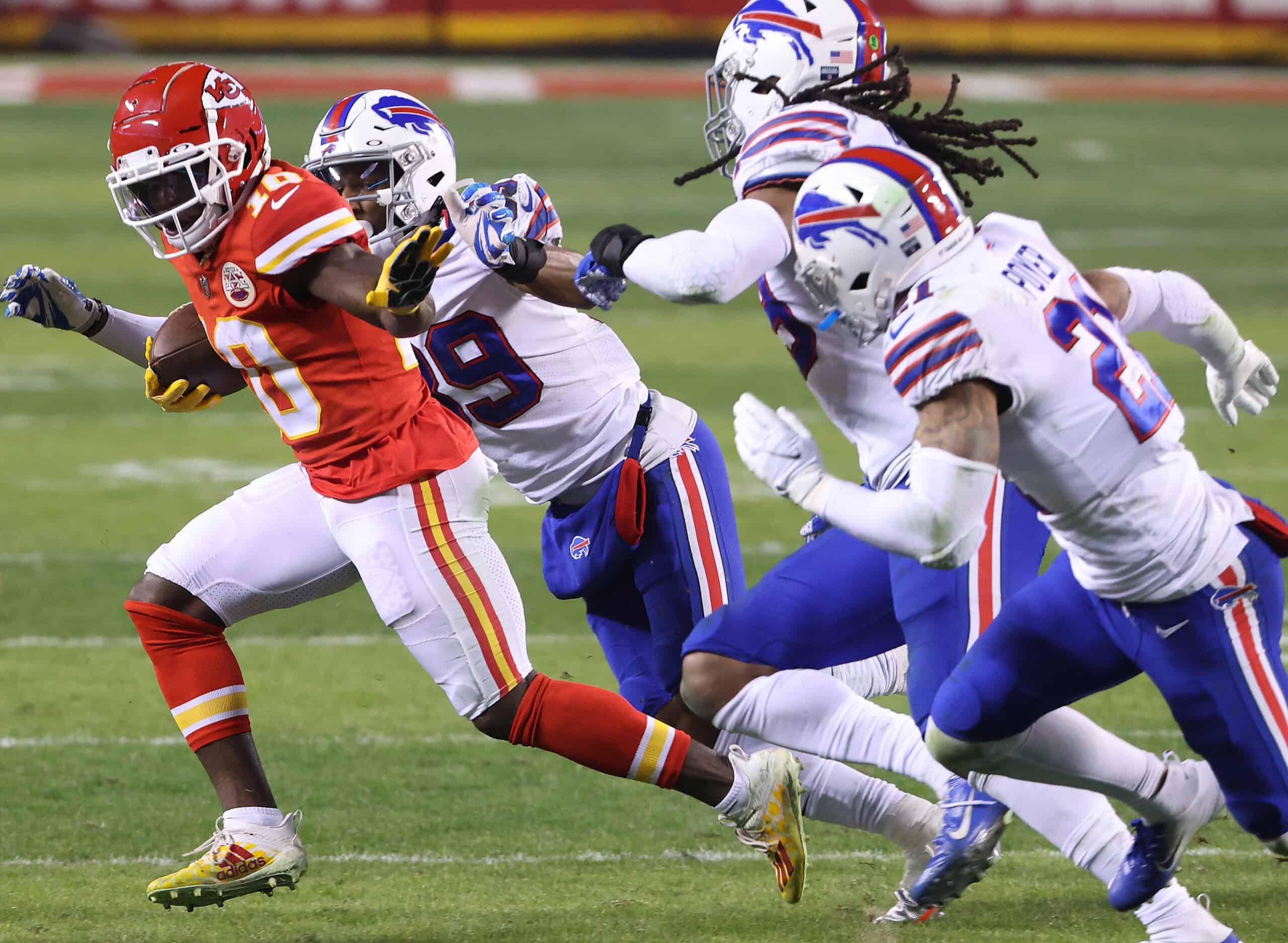 The Buffalo Bills travel to Arrowhead Stadium to face the Kansas City Chiefs in a Week 5 NFL game that has many fans interested.

Explosive plays are a huge part of Toxic Differential.

Here is how #BillsMafia vs #ChiefsKingdom matchup looks.

Again all stats are indicating this is a heavyweight match between KC offense and Bills D. Something has to give this Sunday! pic.twitter.com/muK99sX0hz

A lot has been made of the Bills having two decisive shutout wins in their first four games.

They are only the third team since 1990 to have two shoutouts in the first four weeks.

The other two teams who accomplished this finished their seasons as Super Bowl champions.

They are the 1991 Washington Redskins and the 2000 Baltimore Ravens.

The BUFFALO BILLS defeated Houston, 40-0, in Week 4 and have scored at least 35 points in three consecutive games.

The Bills, who registered a shutout in Week 2, are the third team since 1990 to record two shutouts in their first four games of a season,

Here are the details of how to watch, listen, or live stream the game.

How To Watch Bills Vs. Chiefs

The Bills and Chiefs are featured in NBC’s Sunday Night Football nationwide broadcast.

Covering the game for NBC will be Al Michaels, Cris Collinsworth, and Michele Tafoya.

How To Listen To Bills Vs. Chiefs

Bills fans can hear the game on WGR 550 AM Sports Radio.

How To Live Stream Bills Vs. Chiefs

Last Meeting Was In AFC Championship

The Bills and Chiefs last met in the AFC Championship Game.

This season has been odd for the Chiefs; the team is 2-2.

If the Cleveland Browns had not made miscues in the second half of their Week 1 game against the Chiefs, the defending AFC champions would be 1-3.

Coach Andy Reid got his 100th career victory with the Chiefs last week against his former team, the Philadelphia Eagles.

Congratulations to Andy Reid on his 100th career win with the @Chiefs.#ChiefsKingdom pic.twitter.com/WKKGMiPCfL

This is a critical matchup for both teams who are expected to be in AFC postseason playoff contention.

Arguably, the Bills have not faced a tougher test yet this season.

They beat the Washington Football Team and should have beaten the Pittsburgh Steelers in Week 1, but costly late-game errors prevented them from getting that victory which would have made them undefeated.