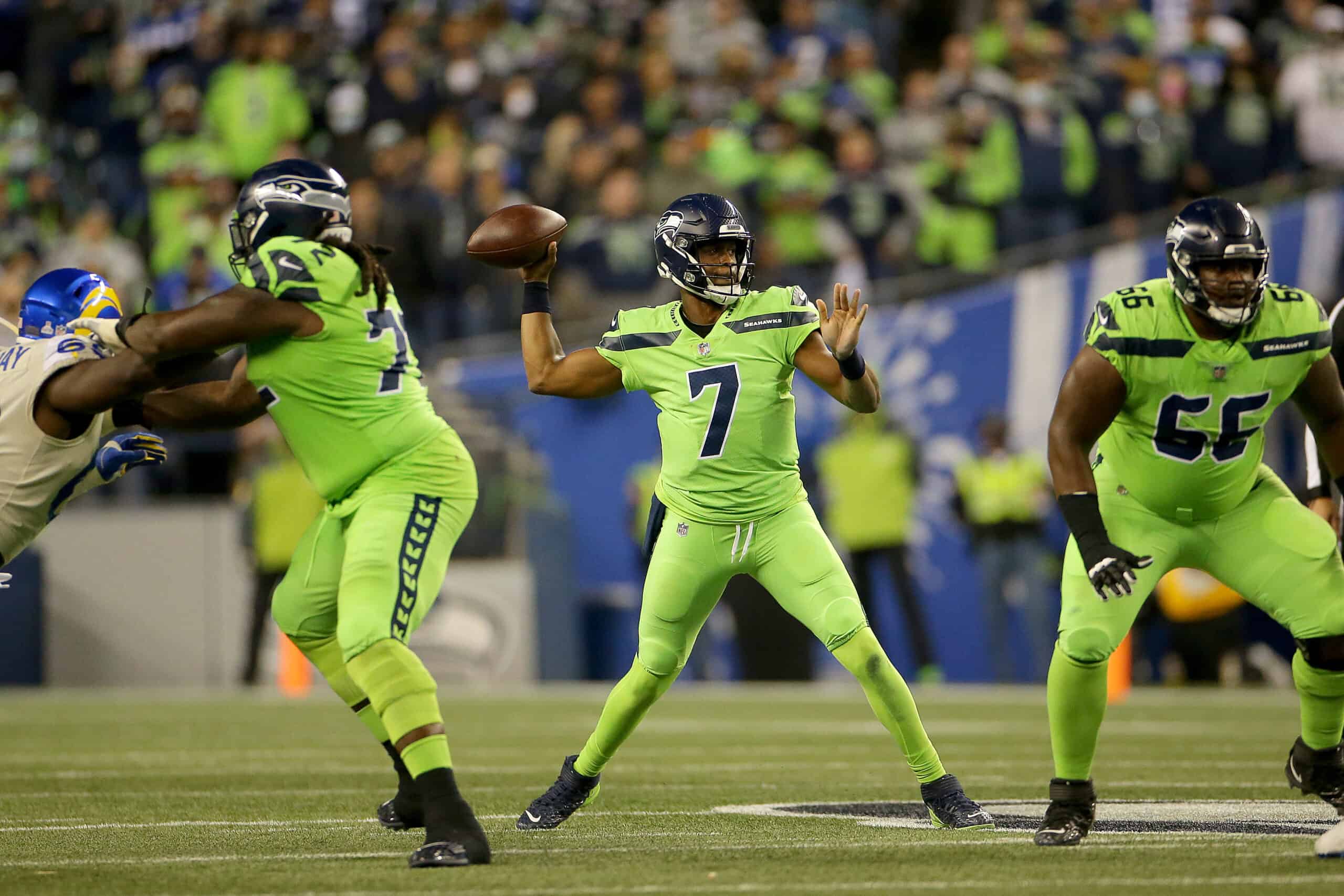 Inaccurate and unprepared were some of the criticisms thrown at Seattle Seahawks backup quarterback Geno Smith at the beginning of his career.

The No. 39 overall pick in the 2013 NFL Draft beat Mark Sanchez for the New York Jets’ starting role as a rookie and went on to have 3,046 yards and 12 touchdowns.

Unfortunately, he threw 21 interceptions and completed 55 percent of his passes in the same season.

The following season, he returned as the starter and finished with 13 touchdowns and 13 picks in 14 games.

Geno Smith just helped the #Jets get a better draft pick on a night where Jamal Adams played horrendous despite being the highest paid safety in #NFL history.

An offseason altercation that broke his jaw prevented him from being the starter for a third year.

Worse, Ryan Fitzpatrick won his job and never looked back.

Since 2016, Smith played in 10 regular season games and started two.

He was backing up some of the more durable NFL starting quarterbacks during that stretch.

Smith transferred to the New York Giants in 2017 and was Eli Manning’s reliever.

A year later, the Los Angeles Chargers signed him to be Philip Rivers’ backup.

In 2019, the West Virginia alum joined the Seahawks and did not have a single meaningful snap all season.

Russell Wilson is tough as nails, and he will continue to play as long as he can still throw the football.

Perhaps watching those three legends throughout those years prepared Smith for whenever he takes the field.

Likewise, he did his mental and physical preparation away from the public’s eyes.

That’s why he was ready when his time came.

His opportunity arrived when Wilson dislocated his finger after three-time Defensive Player of the Year Aaron Donald tried to deflect his pass Thursday night.

This is the Russell Wilson finger injury. pic.twitter.com/ApHf54y81E

The Seahawks’ starting quarterback since 2012 returned for another drive that went three-and-out.

Then, it was Smith time in the fourth quarter.

In the post-game press conference, head coach Pete Carroll revealed that Wilson did not return because he couldn’t grip the ball the way he wanted.

Therefore, Smith came in and faced a monumental challenge as the offense was pinned down near the goal line.

However, the 30-year-old Florida native was up to the task.

Smith completed throws to DK Metcalf, Will Dissly, and DeeJay Dallas to keep the chains moving.

He mixed up carries by Alex Collins to keep the Los Angeles Rams defense on their toes.

Finally, Smith connected on a 23-yard touchdown pass to Metcalf to trim the deficit to two, 16-14.

That touchdown was his first since Week 13 of the 2017 NFL season when he completed a pass to Evan Engram against the then-Oakland Raiders.

He had a chance to give Seattle the lead when the Seahawks defense forced the Rams to punt with two minutes and change left.

Sadly, Nick Scott made an easy interception when Tyler Lockett tripped while running a deep route.

Matt Gay added a field goal on the ensuing drive to settle the final score, 26-17.

Despite the loss, Smith’s performance is worthy of praise.

.@GenoSmith3 showed out tonight despite the circumstances.

He delivered when the Seahawks needed him, even if he held a clipboard more than a football.

Smith proved that he still has it after finishing with 10 completions for 131 yards.

Without question, this performance caught the eyes of other NFL teams who are in the hunt for a quarterback.

But for now, he is likely to start as Wilson remains out with his finger injury.