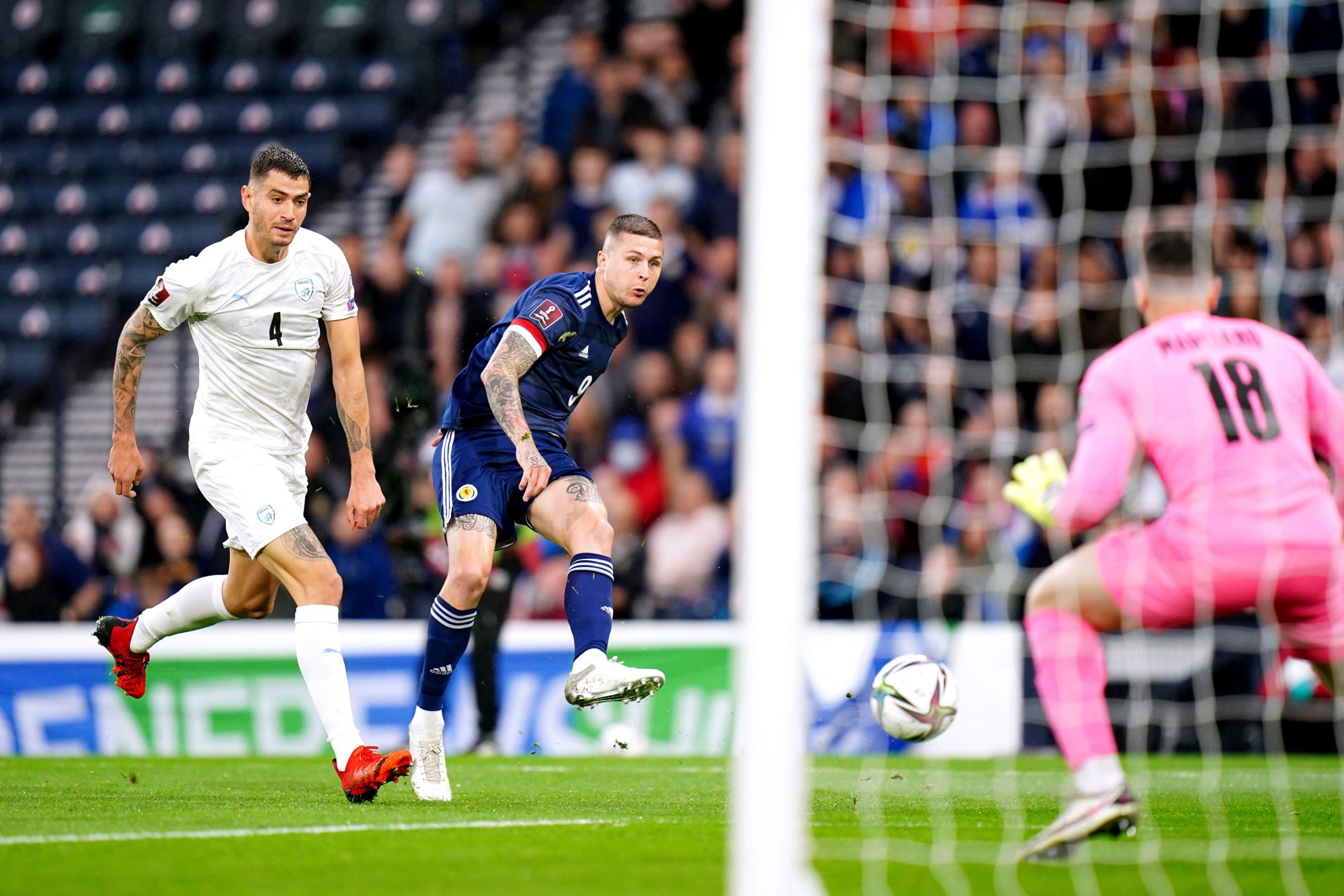 Scotland were able to recover from a slow start at Hampden Park to earn a thrilling 3-2 victory over Israel in World Cup qualifying. Scott McTominay was the hero as his first goal for Scotland late on spared the Tartan Army’s blushes after making life hard for themselves with a host of defensive mistakes. Steve Clarke’s side did play with intensity on the two occasions they went behind, and the victory was thoroughly deserved in the end.

They never gave up and there were plenty of positives to take from the performance, but they did make far too many mistakes at times. Defender Jack Hendry turned in a performance he’ll want to forget as his challenge in the first 10 minutes was punished by Eran Zahavi’s stunning free-kick. The youngster committed to a challenge he knew he was not going to get away with and in doing so gave his side an even bigger task in Glasgow. The Club Brugge centre-half was caught napping in the second half too when he did not look over his shoulder to see Zahavi breeze in behind him with ease to meet a cross which he should have scored from.


The defence and Gordon as a collective were at fault for the visitors’ second immediately after pulling themselves level in the first half. They switched off as a dangerous ball entered the box and the ball ricocheted toward Gordon, who parried it straight to Mu’nas Dabbur for a tap-in. If Scotland had been playing stronger opposition a lot of their early mistakes would have been punished more ruthlessly.

The early setback of Zahavi’s goal had set in a bit of nerves among the home side, who were allowing Israel to play with too much freedom. They did manage to find their feet though, and Lyndon Dykes had an effort saved as the hosts started to cause threats of their own.

John McGinn was on hand to pull the Scots level just before the half-hour mark as Clarke’s side were able to capitalise on their best passing move of the game. It felt as though that would lift them to go and grab a second before half-time but it was the opponents who found a second with minutes of the equaliser. Dabbur was at the back post to slot home after Gordon parried the ball in his direction. There was some lazy Scotland defending that led to that goal, as they looked lost in trying to deal with the ball when it came into the box. Following a corner at the end of the half, Scotland were awarded a penalty when it was deemed that Billy Gilmour was clipped, but Lyndon Dykes’ scuffed effort down the middle was comfortably saved by Ofir Marciano.

Dykes was able to atone for his miss in the second half as he met an Andrew Robertson ball to fire past Marciano from close range, although he had to wait for a VAR check to confirm the strike. From that moment it seemed as though a switch had been flipped in the stands and on the pitch as Hampden came alive. Dykes was once again in the thick of the action when Kieran Tierney floated an inviting cross to the back post, but the forward’s header was straight at the goalkeeper. McGinn squandered a chance late on as his effort on the edge of the box was fired straight at Marciano, but then McTominay saved the day by arriving late for a corner at the death and bundling the ball into the back of the net.


It was of vital importance that the hosts dug deep for the victory which leaves them in the driving seat for second place as they look to claim a spot in Qatar next winter.