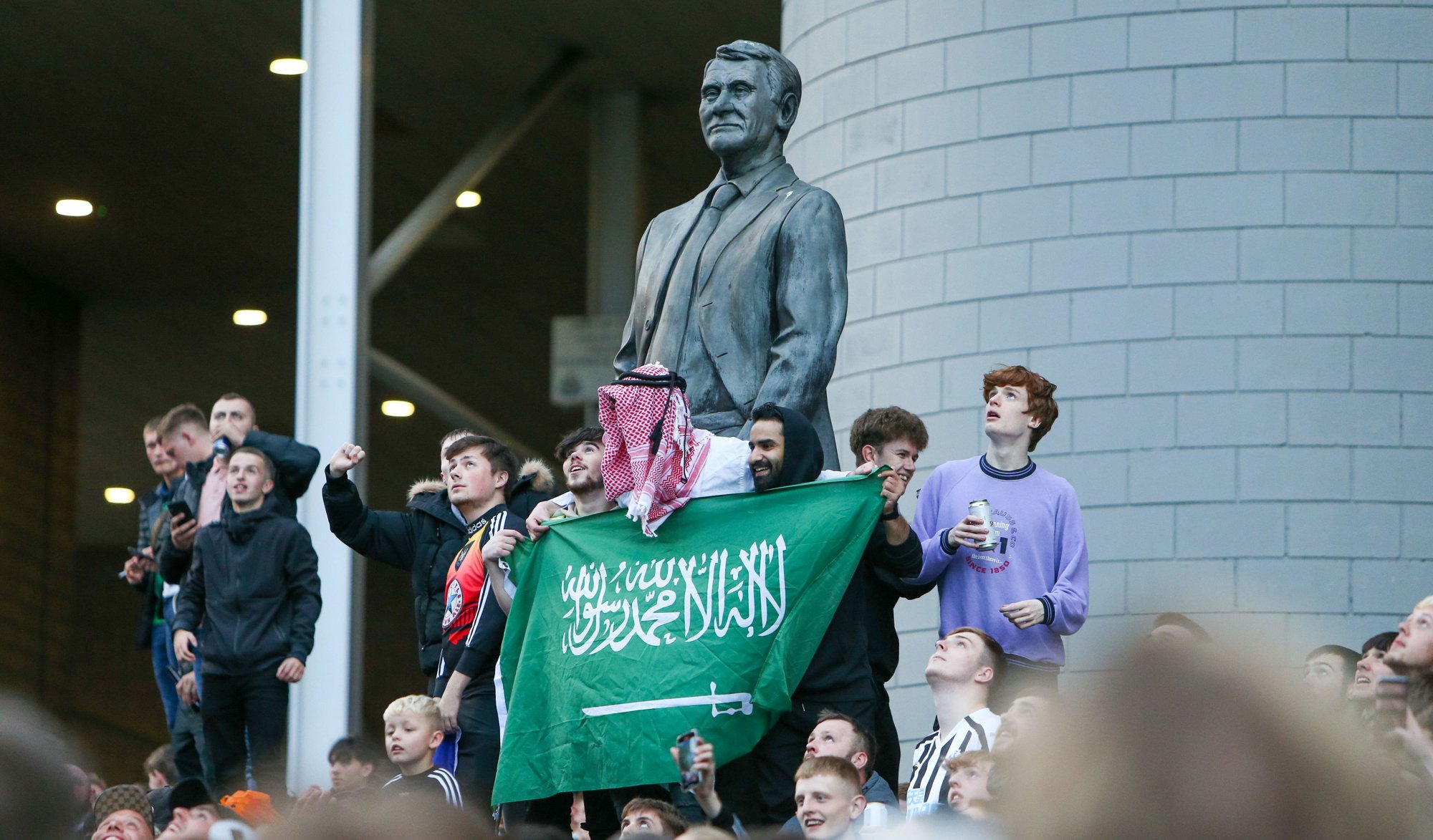 The obvious parallel is Manchester City. Newcastle United fans will have been waking up on Friday morning double-checking that Thursday really happened. After 14 years of neglect under the much-derided Mike Ashley, the Magpies are now owned by the Public Investment Fund of Saudi Arabia with the promise of monumental investment to come.

And having sat back and watched what City have been able to achieve since being bought by the Abu Dhabi United Group in 2008, it is understandable that Newcastle supporters are now hopeful of similar success in the years to come.

Just as City’s new regime was questioned because of its ownership coming from the royal family of Abu Dhabi – an absolute monarchy restricting free speech and democratic elections – so Newcastle’s change of hands has caused controversy thanks to the human rights record of Saudi Arabia, whose Crown Prince, Mohammed bin Salman, is the chair of the PIF which now owns the north-east club.

But City’s on-field record has also given Blues the kind of joy that had previously been unthinkable. Their five Premier League titles, two FA Cups and five League Cups, along with a Champions League final appearance and countless plaudits for their scintillating brand of football, has made them the envy of the country. Now, Newcastle supporters can seriously anticipate their club challenging for similar honours.


“I’m excited for what can happen to our football club,” Geordie legend Alan Shearer told the BBC on Thursday. “For 14 years our fans haven’t really mattered, their thinking hasn’t ever been taken into consideration, they’ve never been consulted about anything, and I think that’s about to change now. I understand the excitement, I understand that they can look forward to having their football club back because they haven’t had it.

“I also understand all the issues that come with it, and it’s absolutely right that we talk about the human rights issues, you can’t brush it under the carpet and we have to educate ourselves in that.”

It truly is a time for internal conflict for any Newcastle United supporter, but neither must those of a black and white persuasion expect things to turn around on the pitch at the drop of a hat. Even City’s new era began with uncertain first steps, with their takeover coming on a transfer deadline day which ended with the hasty addition of Real Madrid star Robinho for a club-record £32.5m fee.

With that quick-fix proving to be far from a magic wand, a massive overhaul of the squad was needed before City won their first Premier League in 2012, with only four of their 24-player title-winning squad having pre-dated the Abu Dhabi takeover.

Talk of Kylian Mbappe arriving at St James’ Park might be premature too. City’s early successes came largely thanks to the additions of playing such as David Silva, Joleon Lescott, Gareth Barry and James Milner, and Newcastle could do with a slower build than some fans might be anticipating.

There is infrastructure to think of. As Shearer rightly pointed out, the stadium has seen better days and the training ground needs to be improved. Their youth setup will require the kind of love and support which will see Newcastle United become a long-term Goliath of the game rather than a flash in the pan forever held back by the restraints of Financial Fair Play following an initial burst.


Newcastle are no more ready to win overnight than Manchester City were. Mark Hughes was given 18 months under the Abu Dhabi owners to prove he could lead City on to better things, and while Steve Bruce has already had two years at the helm of the Toon Army there may not be the automatic change of management that some are demanding and expecting in equal measure.

Patience is not in great supply on Tyneside given what has taken place over the last 14 years, but there will need to be a little of it exercised in the short term before the new owners really get their teeth into the task of turning Newcastle United into England’s biggest football club.