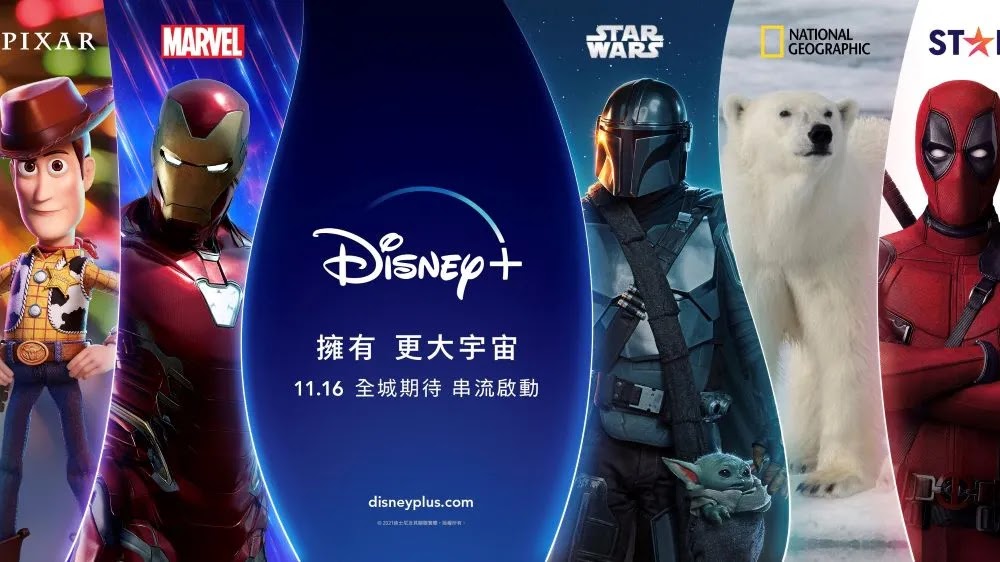 (Variety) Walt Disney has confirmed that its direct-to-consumer streaming service Disney Plus will launch in Hong Kong from Nov. 16, 2021.

At launch, it will offer access to over 1,200 films and 16,000 episodes from the Disney, Pixar, Marvel, Star Wars, National Geographic stables.

The package will also include the Star button, a general entertainment brand lineup that ranges from comedies to dramas and thrillers, with content sourced from Disney Television Studios (ABC Signature and 20th Television), FX Productions, 20th Century Studios, Searchlight Pictures. Star will also be the venue for new originals and Asian content.

There were no details of local production initiatives in Hong Kong at Thursday’s launch event.

Disney Plus has been launched in other parts of the Asia Pacific with slightly modified formats. In India, Indonesia, Malaysia and Thailand it is operated in conjunction with local cable or telco partners as the low cost Disney Plus Hotstar brand. In wealthier markets, including Australia, Singapore and Japan, it operates as Disney Plus. November will also see Disney Plus launch in Taiwan and South Korea.

“We are excited to bring endless entertainment to audiences in Hong Kong through Disney Plus. From beloved classics to recent blockbuster releases and new original content, Disney Plus will offer to consumers an exceptional and expansive selection of entertainment for all ages, all in one place,” said Kerwin Lo, GM, The Walt Disney Company, Taiwan and Hong Kong. “With Disney Plus, we aspire to engage and delight consumers through unparalleled storytelling, creative excellence and cutting-edge content delivery.”