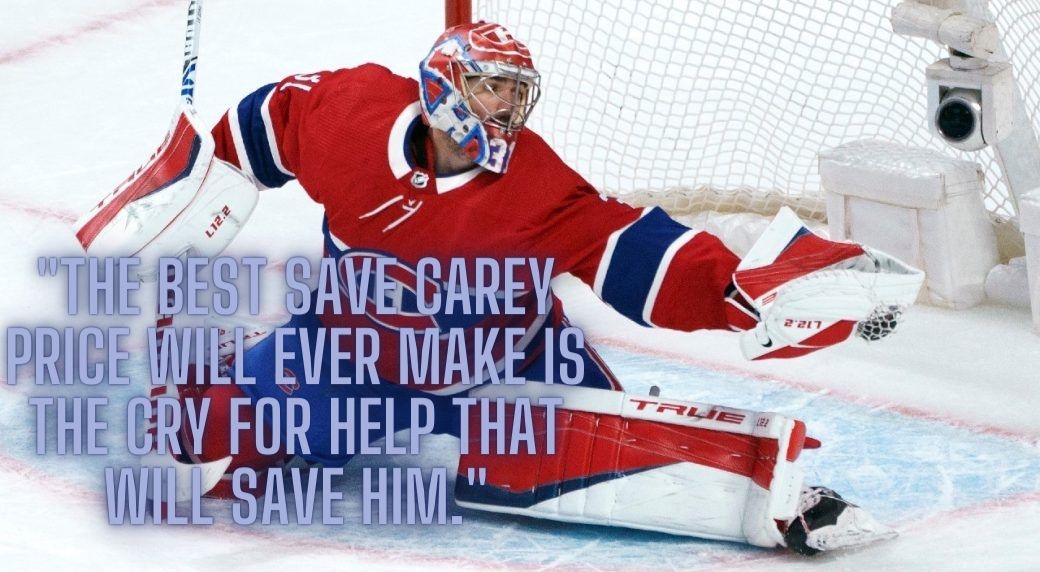 Earlier today, the Montreal Canadiens announced that goaltender Carey Price would be out indefinitely. Price had surgery on his knee following the Habs’ Stanley Cup run. It was thought that he was on the cusp of returning, but the NHLPA announced that Price would enter the league’s assistance program. Canadiens general manager Marc Bergevin was on the verge of tears when he said during the press conference, “Today, I’m not thinking of Carey Price, the goalie for the Montreal Canadiens, but Carey Price the human being.” Price is in all hockey fan’s thoughts and prayers and it’s a great thing he’s doing. It goes to show you that meekness is not weakness.

Something that I’ve eluded in my live streaming shows A-Round for the Weekend and NCR Friday Happy Hour is my experience as a chaplain. I served both Albany AHL franchises – the River Rats and Devils – for nine seasons. I always expressed that if any player had some problem that was out of my expertise, I would refer them to someone much more qualified. Hockey is a rough sport. Heck, every sport takes a lot of testicular fortitude to play, especially play hurt. But the fact that Carey Price had the extra fortitude to ask for help is bigger than any game he’ll ever win.

Athletes Are Human, Too

The thing that we all forget about professional athletes is that they’re human. Athletes go through physical pain, yes. They also have thoughts and emotions like the average person. The expectation of anyone who is a public figure to do great things is an enormous responsibility. I can’t imagine the expectation of any professional athlete, especially playing a sport in the most hockey-crazed market in North America. Carey Price has handled his business in a professional manner for the entirety of his career. Now, his battle is bigger than the Montreal Canadiens and the National Hockey League. Hockey can wait. Wellness matters first.

Hockey has seen its share of tragic endings in the lives of players over the last decade. In the span of just 13 months in 2010 and 2011, the hockey world lost Bob Probert, Derek Boogaard, and Rick Rypien. Probert passed away from heat stroke, but his mental health struggles were well documented. Boogaard and Rypien both suffered from substance abuse to cope with their mental health struggles. But Carey Price – I hope – will have a happier ending because he literally called for help. He has a lot of people on his side, including his wife Angela, who posted this below on Instagram today.

Meekness is Not Weakness

Jesus Christ said in His Sermon on the Mount, “Blessed are the meek, for they shall inherit the Earth.” (Matthew 5:5) The primary definition of meek is, “humbly patient or quiet in nature, as under provocation from others.” It takes a humble man to admit when he needs help, to step outside of himself for assistance. Carey Price has more to gain from entering the program than hockey fans might think. A player of Price’s stature entering the NHLPA’s assistance program allows other athletes – notable stars in particular – the freedom to seek the same help. Price’s humility should be venerated and celebrated. The best save Carey Price will ever make is the cry for help that will save him.

My prayers are with you, Carey. Be well.

I’m Ryan McCarthy and I usually cover the New Jersey Devils’ beat at Belly Up Sports. This story goes bigger than hockey, though. If you want to chirp at me regarding hockey, life, or other topics, hit me up on Twitter: @whoisryanmcc. Thanks for reading.