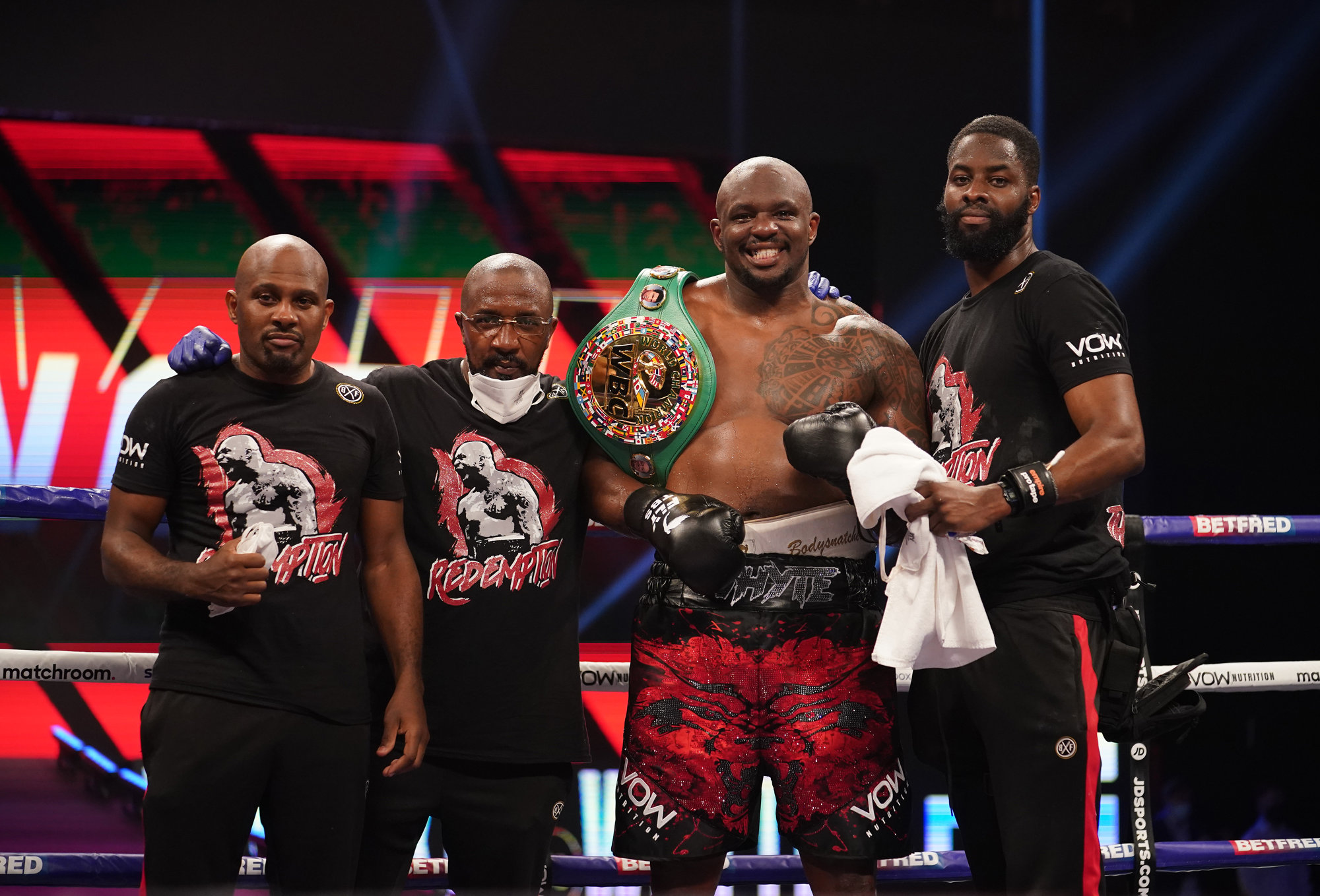 Ahead of a blockbuster weekend in boxing in the ring, it’s been a pretty busy week out of it. From Dillian Whyte’s next fight to Vasyl Lomachenko’s return, here are five boxing stories you might have missed this week.

The WBC confirmed Dillian Whyte as a challenger for the winner of Tyson Fury’s WBC heavyweight title fight against Deontay Wilder in Las Vegas this weekend.

The WBC has stated that Fury or Wilder could target an undisputed world title fight but WBO, IBF and WBA champion Oleksandr Usyk is to expected to take a rematch with Anthony Joshua, meaning Whyte will receive a WBC title fight if he preserves his status as interim champion against Otto Wallin on October 30th.

“The WBC Board of Governors has reviewed the recent history in the heavyweight division,” a statement read.


“Considering the long inactivity in the division due to the pandemic, ongoing legal processes, and Covid-19 infections, the WBC has ruled that the winner of this fight will have 30 days to secure a contract to unify the heavyweight division against WBO-IBF-WBA champion Oleksandr Usyk in search of an undisputed champion in the division.

“If no unification bout is secured within that time, the winner of Fury v. Wilder 3 must then fight next against the then reigning WBC Interim Heavyweight Champion.”

Heavyweight David Price has announced that he has hung up his gloves at the age of 38. The Liverudlian turned pro in 2009 a year after clinching bronze at the Olympic Games in Beijing.

Price finishes his career with a 25-7 record, stopping 20 of his opponents inside the distance, collecting the British and Commonwealth belts and beating the likes of Audley Harriosn, Matt Skelton and Sam Sexton. Price has been inactive for nearly two years, last fighting in October 2019 in a TKO defeat to Dereck Chisora.

He told BT Sport Boxing: “Well I haven’t officially announced that I’ve retired, but I have. I’m not going to be fighting again. You won’t see me in a boxing ring again, for a fight at least.

“That was only officially made up in my mind about six weeks ago.”

“The hunger was no longer there. That’s massive, which is why your elite fighters like Tyson, like Canelo, like AJ, they have got as much money as they will ever need.

“But that hunger is still there. That’s because they are fighting for glory. The glory had gone in my career.”

Following a devastating defeat to Tureano Johnson in 2019, Donegal’s Quigley bounced back into world title contention with a career best win over Shane Mosley Jr in May

“I’ve worked my whole career to get into this position of becoming world champion,” said Quigley. “Demetrius is a great champion but now it’s my time and that world title is coming back to Ireland.

“I just wanted to get this announcement out so I can finally tell everyone ‘yes, it’s happening’. I’m absolutely delighted and buzzing. I’m really excited for this fight.”

The undefeated Andrade has held the WBO middleweight belt since 2018, but has struggled to land a unification bout. He was last in action against Wales’ Liam Williams in Florida in April, winning by unanimous decision.

Former lightweight champions Vasiliy Lomachenko and Richard Commey have agreed to a deal for a 11th December fight at Madison Square Garden in New York.

Former three-weight world champion Lomachenko lost his 135lbs titles to Teofimo Lopez last October and had been hoping to face the American in a rematch but Lopez’ prospective bout against George Kambosos Jr, originally pencilled in for June 19th, has been stuck in a quagmire.

Commey, 34, has also fought Lopez, losing to him via a second TKO in 2019. The Ghanian got back on track with a six round KO of Jackson Marinez in February this year.

Jake Paul has challenged Tommy Fury to a $500,000 bet, while Fury’s promoter Frank Warren has revealed that their fight is now “very close” to happening.


Earlier this week Tommy’s big brother Tyson told Boxing Social that if Tommy loses to Jake, he would have to change his name. YouTuber Paul was quick to respond on social media, stating, “You know me, I’m a betting man, I like to make bets.

“However, if you lose, you have to change your name for one year to ‘Tommy Fumbles’.

“Deal or no deal? I’m putting the money up, are you confident? Sign, seal, deliver it.”

Giving an update on negotiations, Warren told Fight Hub, “There’s goodwill on all parts now to make it happen. I think it’s very close. I believe there’s a real will to make this happen.”