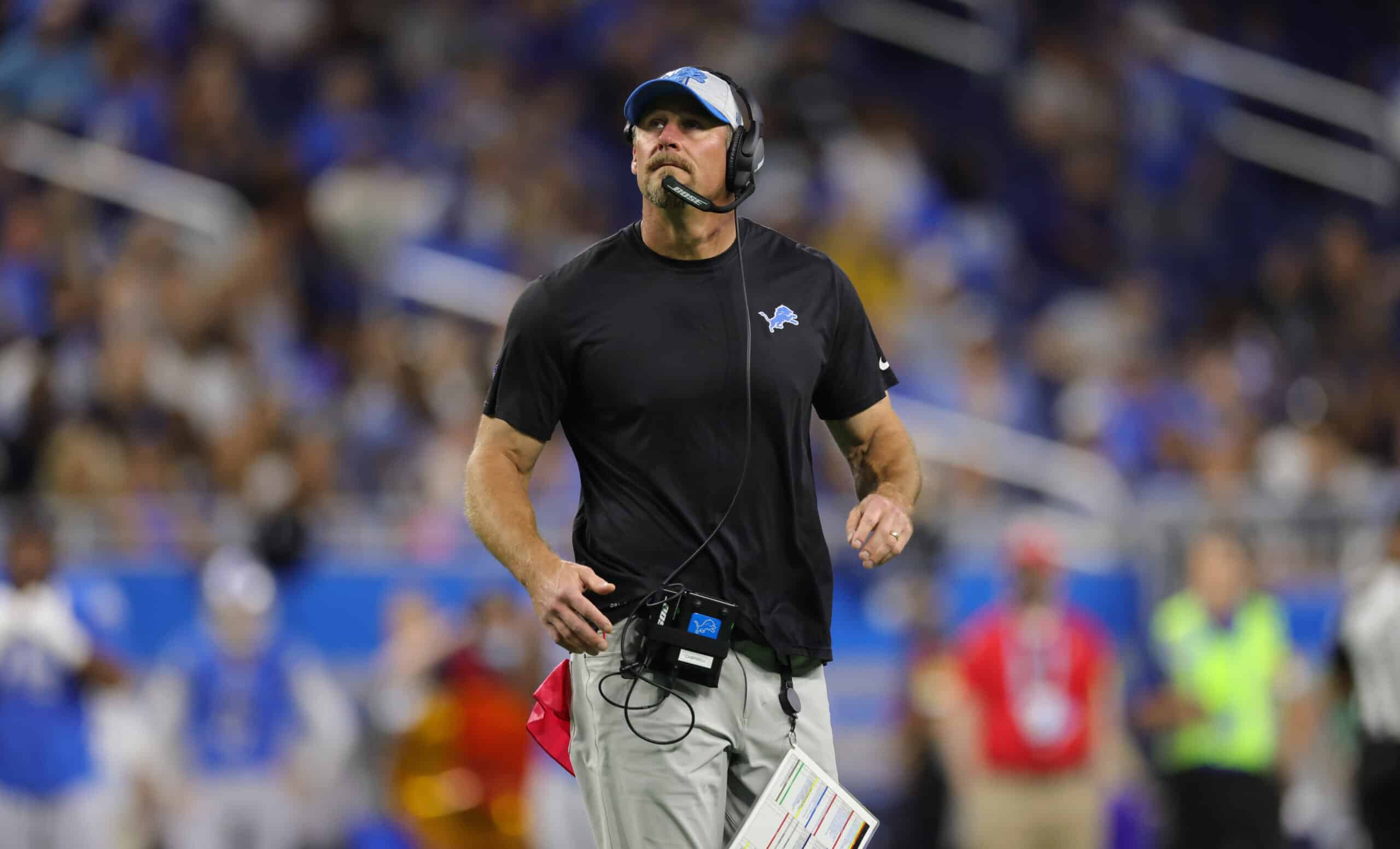 Every NFL team enters the season with optimism.

It is a new year and there are so many worst-to-first stories, it is easy to get caught up in the hype.

But so many factors come into play when it comes to success.

A bad start could derail a season, and the same is true with an injury.

Unnecessary distractions can also pop up out of nowhere.

Let’s take a look at three NFL teams in particular dealing with their own horror stories as we are only in Week 5.

Dan Campbell and his goofy demeanor were supposed to help turn things around for the Detroit Lions.

The acquisition of Jared Goff also seemed to bring some promise.

However, the Lions have been a disaster for years and Goff was basically taken off the Los Angeles Rams’ hands as a favor.

The Lions are now 0-4 with little optimism in sight.

Bizarre turnover for the Lions

The latest result was a 24-14 loss against Justin Fields and the Chicago Bears.

This was supposed to be the game for the Lions to get back on track.

Instead, Goff lost two fumbles and the offense failed to do much of anything.

Will things get better for this team?

If history says anything, a quick turnaround would be a shock.

The Seattle Seahawks entered Thursday night at 2-2 hoping to take down the Rams and keep pace in the NFC West.

Then Russell Wilson hurt his finger and we later learned he may miss around six weeks.

The surgery was more complicated than expected, with the need for screws complicating matters. The timetable is roughly 6 weeks, though Wilson will no doubt be determined to beat it. https://t.co/Hd5ppojiIz

Geno Smith is now the starter in Seattle as they look to compete in what is arguably the toughest division in the NFL.

No offense to Smith, but fans have to be panicking knowing that Wilson is now out with the team at 2-3.

It may be early, but the Seahawks are in a bad spot and everyone knows it.

What a week it has been for the Jacksonville Jaguars.

In what has seemed like a year’s worth of stories, it has been a week since a video emerged of Urban Meyer getting danced on by a young woman at a bar.

He made several apologies, got called out by ownership, and reports came out saying he could be fired.

Worst of all, his team is 0-4 and every loss puts more focus on the head coach who is notoriously bad at handling pressure.

Drafting Trevor Lawrence was supposed to bring good vibes to this organization.

However, Meyer’s presence is overshadowing that and the front office may need to make a tough decision to let him go way sooner than they had hoped.