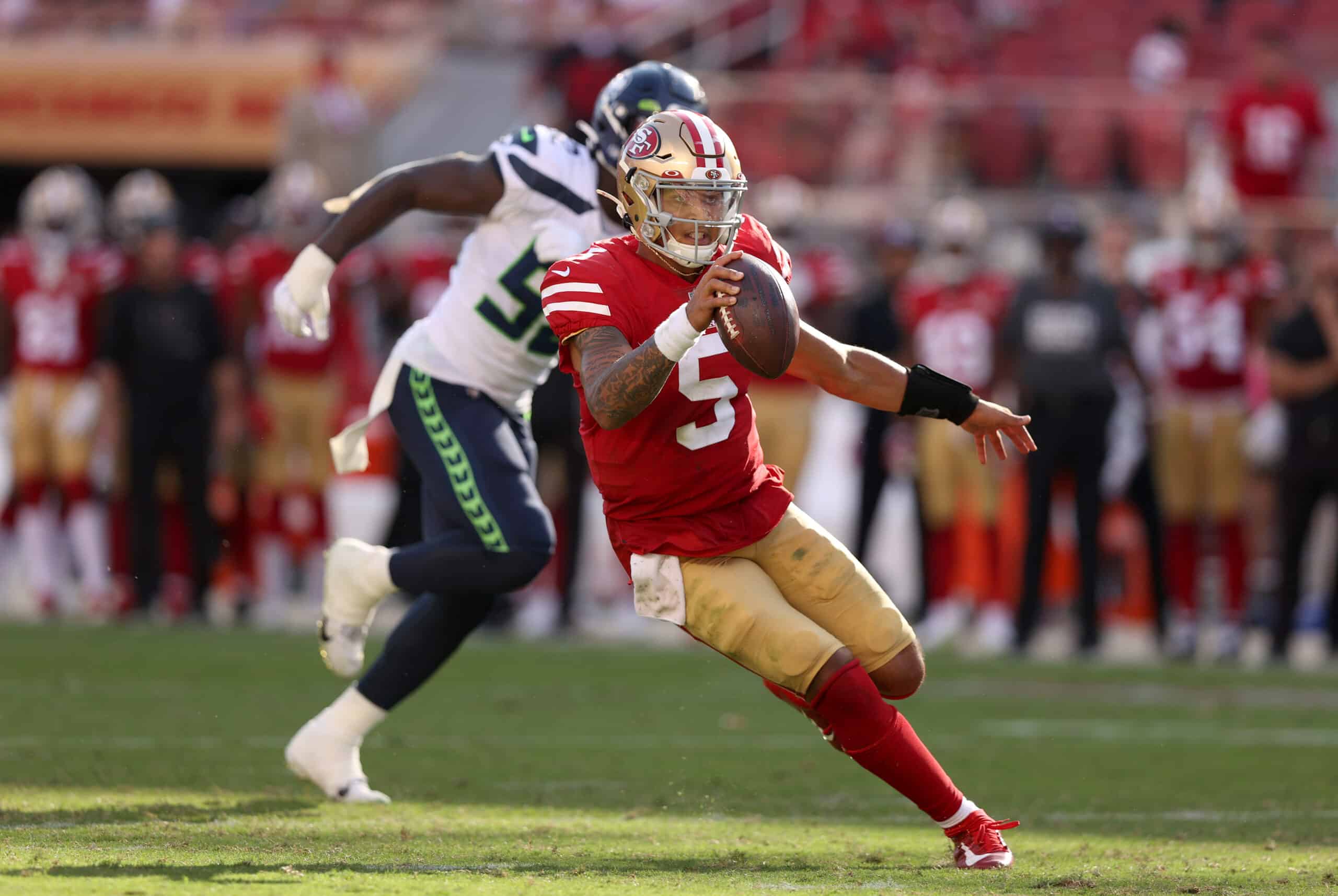 Trey Lance knew he was facing high expectations the moment he was drafted No. 3 overall by the San Francisco 49ers.

Any player drafted that high represents a major investment and the fact Jimmy Garoppolo was still around did not change the inevitable from being true.

So when would the 49ers make the switch to the future?

In a story NFL fans have heard many times before, an injury has thrusted Lance into the starting role.

As announced by Kyle Shanahan, @treylance09 will make his first career start on Sunday.#SFvsAZ | #FTTB pic.twitter.com/ET8YaKvwc5

Garoppolo was knocked out of last week’s game after the first half and cannot even practice this week.

The writing was on the wall and Kyle Shanahan finally made it official.

A Chance To Start A New Era

At some point, Lance is going to be the permanent starter for the 49ers.

Yet it may not be right now.

He is starting out of necessity because of the injury to Garoppolo and waiting until Friday to make this decision likely means the coaching staff knows the rookie needs some more time.

And that is likely a fair assumption given the fact Lance is still only 21 years old and has barely played football since the end of the 2019 college season.

But that does not mean he is going to fail as soon as he starts.

This situation has some similarities to what the Chicago Bears are going through with Justin Fields and Andy Dalton, however, a main difference is the fact Garoppolo is making way more than Dalton and had the 49ers in the Super Bowl not too long ago.

He may not be the future of the franchise, but he is expected to earn his money in 2021.

His Stats So Far

Lance made several brief appearances before playing the second half of Week 4’s game against the Seattle Seahawks.

He entered in relief of an injured Garoppolo and finished 9/18 for 157 yards and two touchdowns.

Trey Lance finds him for the 76-yard TD! #FTTB

The rookie also ran for 41 yards.

Now he gets to go up against an Arizona Cardinals defense that just held the Los Angeles Rams to 20 points last week.

Arizona is undefeated at 4-0 and more importantly for San Francisco, this is a crucial division game more than just waiting around and seeing how Lance does.

That fact is why Garoppolo may get his starting job back unless Lance plays like an MVP.

The 49ers are still trying to compete this season.

And while the NFL has gotten impatient as of late, it is not rare for top quarterbacks to sit and learn for a year or two.

Not every rookie has to start and play right away.

Lance is in by default and the 49ers are simply hoping for the best.