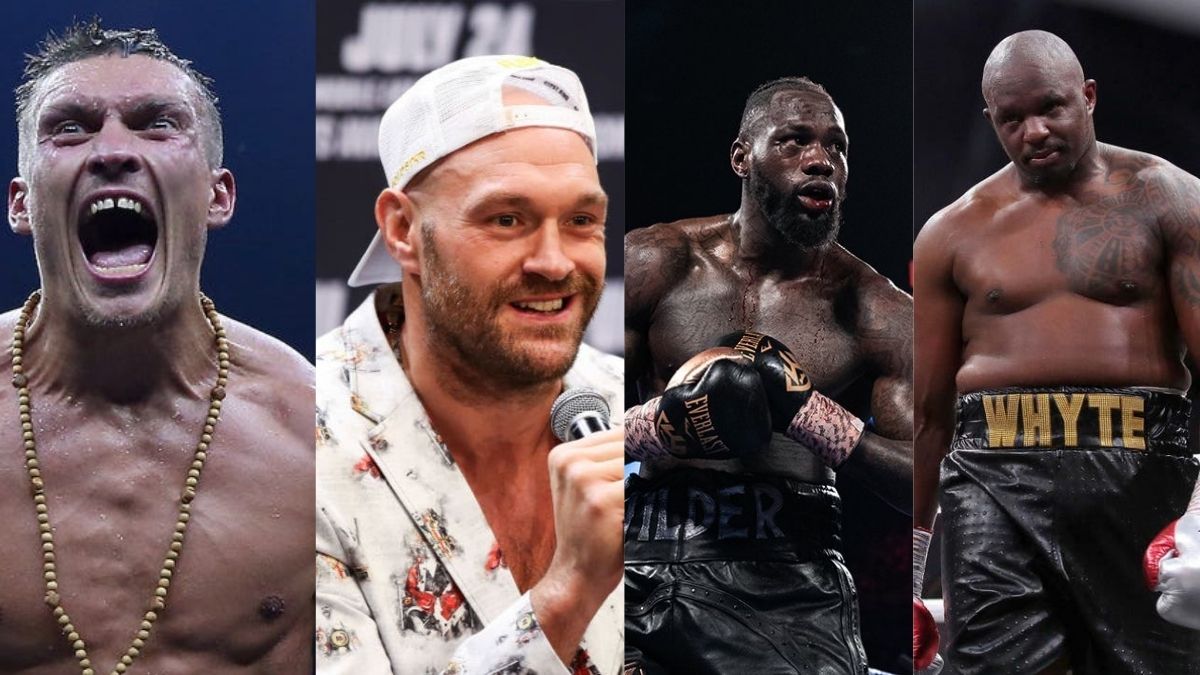 If you are a boxing fan, what a time to be alive! Over the next two months, we are getting a utopia of matches that scratches the itch of every boxing fan. You have skilled lightweights, young guns who have an insatiable appetite for gold and glory, and heavyweights ready to throw bombs. The season actually kicked off last Saturday, with Alexander Usyk upsetting Anthony Joshua in compelling fashion. In this article, we will preview the next 60 days of action. Seasons beatings, boxing’s fall schedule is upon us!

This October is loaded. On October 2nd, Oliver Flores kicks it off with a bout against Miguel Vasquez in Mexico. The next week will be the showdown we are all excited to witness. On October 9th, we got Fury vs Wilder III. It has been a while since we’ve had a trilogy at heavyweight that mattered. Can Wilder fix his issues and redeem himself, or will he be dominated again by Fury? This fight is super intriguing because no matter the outcome, both men have options. If Wilder wins, there must be a fourth fight. If Fury wins, he can fight Usyk next.

October 16th brings us two of the best young fighters in the world. On that night, we got the return of Teofimo Lopez and Mikey Garcia on two different cards. You will want your remote handy so you won’t miss any of the action. The next week, live from the ATL, we get a huge showdown between Jamel Herring and Shakur Stevenson. I dubbed Stevenson one of the leaders of the new school of boxing. This is Stevenson’s biggest test to date. We shall see if Shakur is as good as we think he is. October 30th gives us the hottest new face in the heavyweight division. Live from London, we get Dillian Whyte. If he can win, I think we have a legit new player in the title picture.

November comes in right where October left off. The 6th is put up or shut up time for the young upstart champion at 168 lbs. Caleb Plant has said he is the best in the division. Plant gets to prove it when he faces the pound-for-pound best boxer on the planet. That’s right, he gets Canelo Alvarez. This fight is huge, and if Plant can pull off the upset, this will change the landscape of the entire sport.

On November 13th, we get to witness the best young fighter in the game, David Benavidez. In my humble opinion, Benavidez is the only man who can stop Canelo Alvarez. Hopefully, he will get his chance soon, but first, he has to win on November 13th.

November 20th will bring us a potential fight of the year candidate, with Bud Crawford vs Shawn Porter. Fans respect Porter because he doesn’t duck anyone. He and Crawford will be a fascinating match-up. This is quite the pre-Thanksgiving treat. I hope it’s a close fight, so they can run it back. I could see these men fight a million times.

To close the month, we have another potential fight of the year candidate. November 27th gives us a Bantamweight unification fight between Stephen Fulton vs Brandon Figueroa. Can Cool Boy Steph set himself apart from the rest, or will Figueroa solidify himself as the best?

Seasons Beatings: Boxing’s fall schedule is upon us! Fans are grateful for this schedule. This is definitely an early Christmas gift for boxing fans. I plan to be home every weekend for the next eight weeks. No matter if you’re a die-hard fan, casual fan, or new to the sport, this would be a tremendous time to pull up a chair and watch.

For more in-depth Boxing analysis, check out Belly Up Sports. Don’t forget to follow me on Twitter.