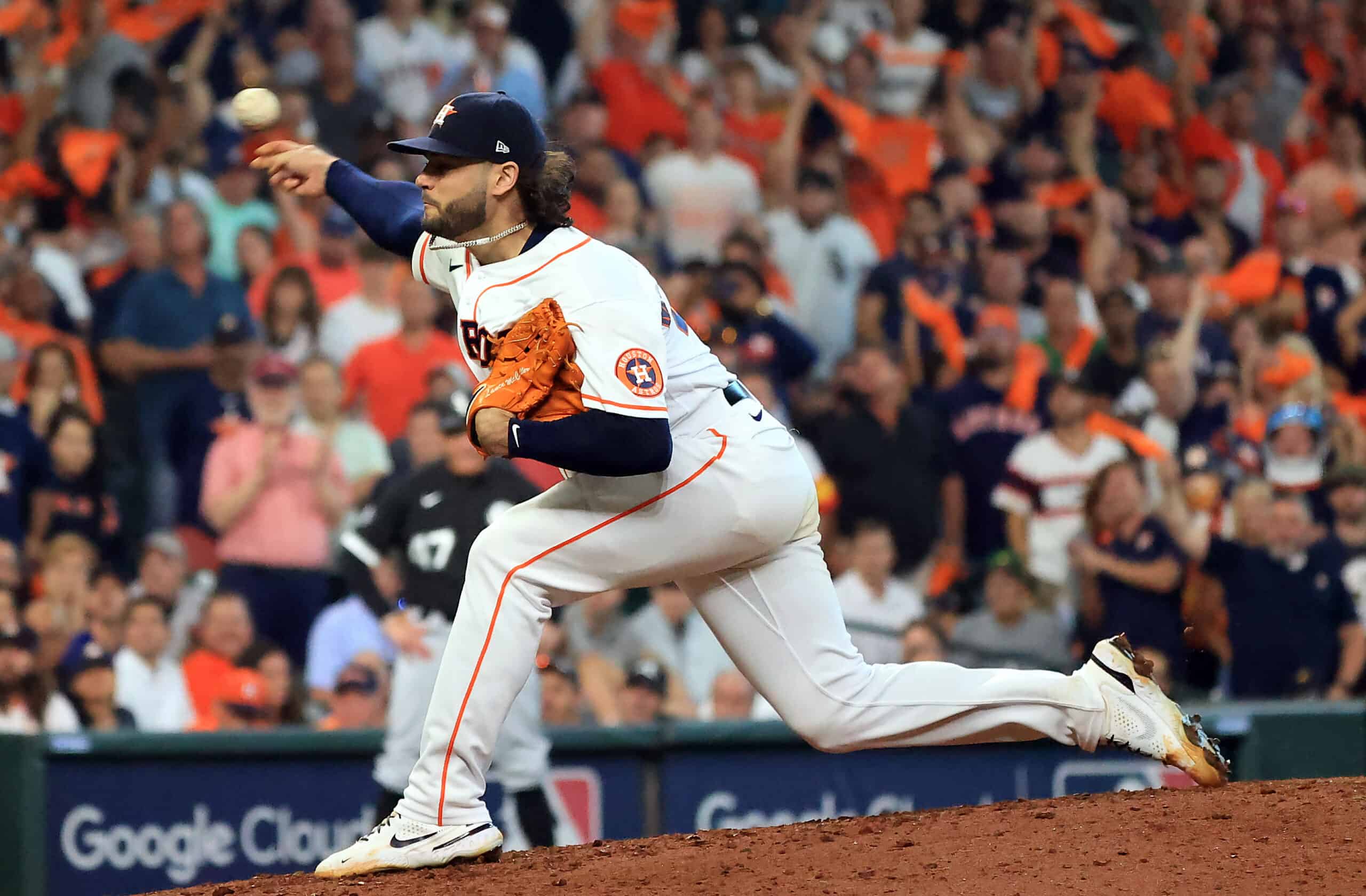 The Houston Astros opened their playoff series with the Chicago White Sox on Thursday, and Lance McCullers Jr. got the ball for Houston.

The righty had a great regular season, and the Astros rewarded him by giving him the nod in a massive spot.

The decision paid off.

McCullers had a phenomenal outing, and Houston got a big win in Game 1 of the ALDS to take a 1-0 series lead on the White Sox.

It was a great all-around effort by the Astros, but McCullers certainly stole the show.

McCullers is working on a great postseason legacy.

When the Astros opted to give him the start in Game 1 of the ALDS, his stellar playoff track record was likely a factor in the decision.

First, let’s look at what he accomplished on Thursday.

He tossed 6.2 innings of shutout ball, surrendering four hits and no walks.

It was a gutsy outing from the rising star, who threw 104 pitches before getting yanked.

Nothing but love from @astros fans as Lance McCullers Jr. exits after throwing 6.2 innings in Game 1 💪 pic.twitter.com/y1dyz20PEX

The bullpen took things over with two outs in the seventh and locked down the victory with no trouble.

For McCullers, it was his 15th career playoff outing.

He’s no stranger to pitching in games, and it’s clear that he enjoys the big stage.

He now has a lifetime 2.87 ERA in the postseason.

His work likely isn’t done in the 2021 playoffs, so he should have more chances to add to his playoff resume as October continues.

McCullers already has one World Series title under his belt, and he surely wants another.

When Houston inked McCullers to a five-year extension worth $85 million earlier this year, it became evident how the organization felt about him.

RHP Lance McCullers is in agreement with the Astros on a 5-year, $85M extension. (via @MarkBermanFox26 and @Ken_Rosenthal) pic.twitter.com/iHXBGFKDnN

The Astros, who drafted and developed McCullers themselves, clearly didn’t want him playing for a different team anytime soon.

He’s under club control until 2027, so Houston is in it for the long haul.

And that’s a good thing.

The 28-year-old just keeps getting better and better at the MLB level.

McCullers made 28 starts in the regular season, and he allowed four runs or fewer in 27 of them.

Given that, it’s no surprise that the Astros went 17-11 on days that he pitched.

Houston has to be thrilled with what it’s seeing from the former first-round pick.

Take a look at his year-by-year ERA:

The 2021 regular season was the best year of his career by most measures (not just ERA).

He’s still pretty young, so it will be very exciting to see where he goes from here.