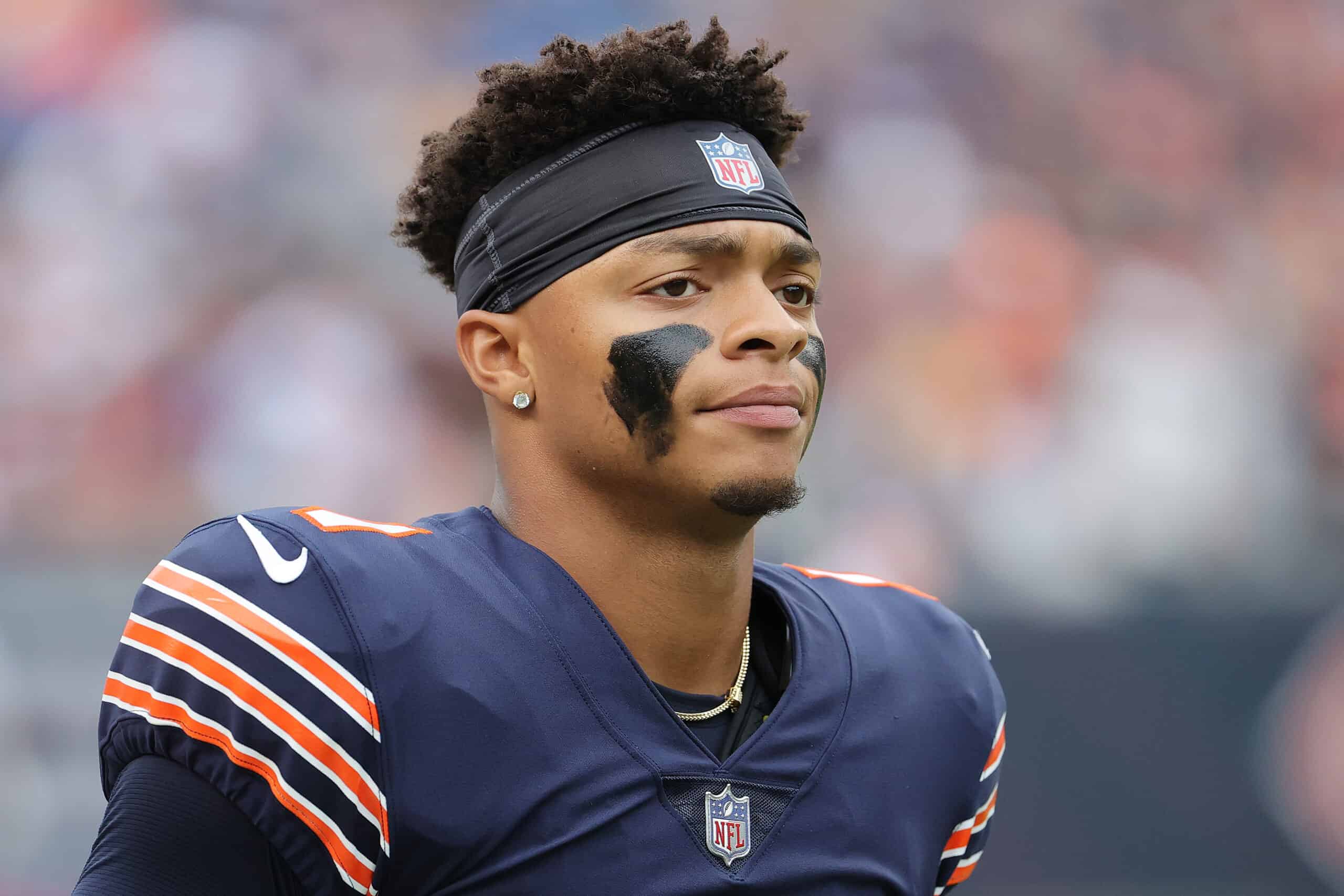 There’s a running joke on social media that former Chicago Bears starter Mitchell Trubisky should be the greatest quarterback of all time.

That’s because he brought Matt Nagy’s offense to the playoffs twice.

Three years ago today, Mitchell Trubisky torched the Buccaneers for 6 TDs in a 48-10 win for the #Bears.

What I would give to relive this game again… pic.twitter.com/W89JT1Zr85

The Bears went 12-4 in Nagy’s first year in Chicago but lost the Wild Card Playoff to the Philadelphia Eagles.

They played in the Nickelodeon playoff game against the New Orleans Saints but got slimed out of contention, 21-9.

In 2021, the Bears are already experiencing a roller-coaster season, even if the season is just four games old.

No, Matt Nagy does not deserve credit for naming Justin Fields the starter today. Instead, he deserves criticism for waiting so long. Let’s face it: Andy Dalton’s injury is why this all happened. Nagy was forced into this; he had no way out of it. The football gods intervened.

However, Nagy’s play-calling limited Fields’ skill set, and those restraints were evident in their Week 3 game against the Cleveland Browns.

The Bears offense remained static for practically the entire game, which stripped Fields of his ability to make plays with his feet.

As a result, he completed six passes for 68 yards, and the Bears gained one net yard after considering yards given through penalties.

Wors, the Browns got nine sacks, 4.5 of which were courtesy of Myles Garrett.

Chicago had 42 total plays in that defeat and converted one third-down opportunity.

The offense was so terrible that backup quarterback Nick Foles was seen on camera saying to Dalton that the offense isn’t working.

But what a difference one week can make in the NFL.

So Bill Lazor knows how to use Justin Fields, huh? pic.twitter.com/OukQlghhWr

Fields had more freedom in showcasing his talent while having a better command of their drives.

The rookie from Ohio State got his first win as an NFL starter by making 11 completions for 209 yards.

He threw an interception to Amani Oruwariye, but that did not affect the outcome.

They only connected on five passes but for 125 yards.

Darnell Mooney with a catch of the week contender 🖐

Those plays allowed the Bears to sustain their drives while the run game brought the finishing touches.

Damien Williams had 55 rushing yards and a touchdown.

However, David Montgomery was the backfield star with 23 carries for 106 yards and two touchdowns.

The offense portrayed more dynamism with Lazor navigating the plays.

Bears don’t believe RB David Montgomery tore his ACL, but they are doing further testing today to determine the extent of the injury, per source.

Fields’ stat line might not be overly impressive, but Lazor’s approach revealed the possibilities of their offense when they maximize their quarterback’s mobility.

It opened up more possibilities that can make their drives more dynamic and devastating for opponents.

That said, giving Fields a structure that works to his skill set may help Nagy keep his job as head coach.

He may not look like the offensive-minded genius he once was after handing over the shots to Lazor.

But he will still get some credit because he’s the captain of the ship.