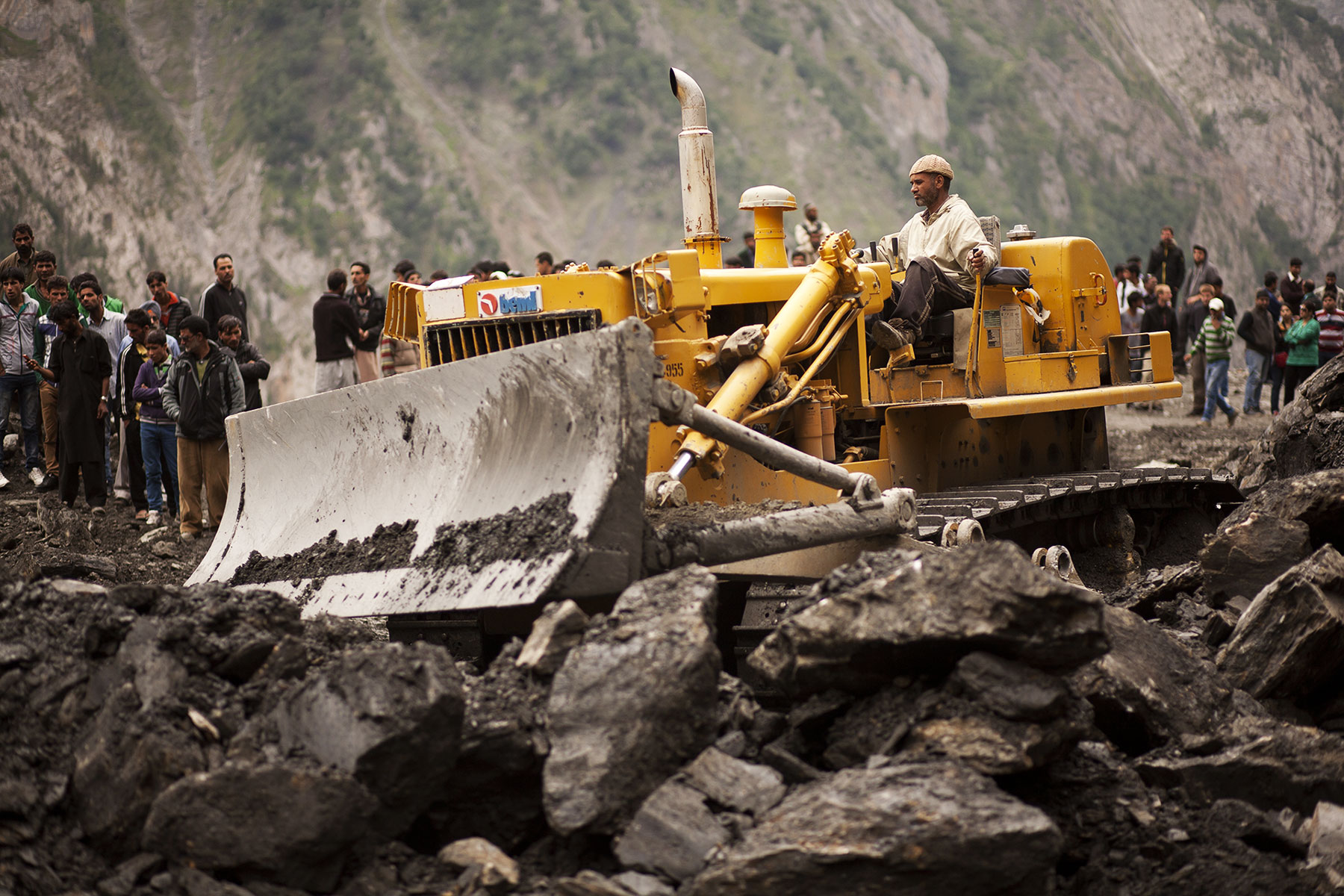 “If we don’t learn from the tragedies of the past, we are cursed to repeat them in the future,” proclaims the home page of the website of the Himachal Pradesh State Disaster Management Authority.

To ensure that the irony is not lost on either the creator or the visitor of the website, just above the quote is a ticker flashing a sequence of major disasters that have afflicted the state, from the 1905 earthquake in the Kangra region to the cloudbursts of recent years. This information includes the morbid details of the number of lives lost, property damage and economic costs, displaying an undeniable, if unintended, pattern of loss and neglect.

Mumbai Needs To Come Together to Prevent Annual Flooding

Himachal Pradesh is credited with having one of the best State Disaster Management Plans in the country. In fact, a few years ago, the government of India had advised other states to emulate Himachal Pradesh. Relief operations too are carried out with a fair degree of alacrity and responsiveness. Yet Himachal Pradesh falls well short of international best standards.

A well-drafted plan document and post-event response cannot absolve the state of its complicity in the deaths of citizens and the loss of valuable public and private property. Where has the state gone wrong in its approach to managing disasters that now recur too frequently?

Perched on the Himalayas, the youngest and the most fragile mountain system in the world, Himachal Pradesh is predisposed to hazards and calamities. While it is blessed with an abundance of rich natural resources, Himachal Pradesh is one of the most disaster-prone states in the country. Nature — in the form of earthquakes, cloudbursts, flash floods and landslides — takes its toll here.

In July, 14 people died and four went missing after flash floods ripped through the state. The same month, a boulder rolled downhill, killing nine, while another collapsed a bridge. In August, at least 11 died and up to 30 people were reported missing following a landslide that buried passing vehicles. In winter, avalanches are a regular occurrence, causing death and destruction.

Himachal Pradesh is also vulnerable to earthquakes. Since January 2019, at least 14 earthquakes have been recorded, the latest one just yesterday. None of them have killed anyone or caused significant damage, but the state has experienced some of the most disastrous earthquakes in history. The Kangra earthquake of 1905 killed 20,000 people. Other major quakes have followed, and scientists estimate that Himachal Pradesh could be hit with an earthquake of high magnitude equal to or greater than 8.0 on the Richter scale.

In July, the state government estimated that 187 people had died and four had gone missing because of natural disasters and accidents in the brief period beginning June 13 and ending July 27. These events killed 381 animals and caused damages of a staggering 4 billion rupees ($54 million). The floods and landslides that followed have increased these numbers significantly.

It is clear that natural disasters have caused Himachal Pradesh much grief and destruction. Experts are increasingly pointing out that human activity has worsened these extreme events. I take the view that anthropogenic activities are a greater danger to lives, property and certainly the environment than natural disasters.

Therefore, as a first step, we should stop using the phrase “natural disaster,” which absolves humans of any responsibility. These days, most disasters tend to be man-made. In 2010, a 7.0 magnitude earthquake devastated Port-Au-Prince, Haiti’s capital, killing approximately 250,000 people and rendering more than 1 million homeless.

That year, an earthquake of identical magnitude hit New Zealand but resulted in no casualties and caused negligible loss to property. Between the years 2011 and 2012, five major earthquakes, all with a magnitude greater than 7.0, rattled Japan. Yet the country suffered only 13 casualties. The reason for the different death rates in Haiti, New Zealand and Japan is man-made structures.

Earthquakes don’t kill people — badly designed buildings most certainly do. In poor countries, building codes are often rudimentary or not followed through. Building materials are of inferior quality and the work itself shoddy. Governments often push for more construction in the name of development for populist reasons, disregarding environmental factors. Such poor practices lead to disaster in case of events like earthquakes and floods.

Few know that the interventions required for disaster prevention are absurdly simple. Planting trees on slopes, especially soil binding species, is the most effective method to stem soil erosion and prevent landslides. Yet for some inexplicable reason disaster management authorities in India prefer building retaining walls to contain soil erosion.

Another intervention that has proven effective is to avoid cutting off the toe of a mountain slope while constructing buildings or roads. Yet toes of slopes are regularly cut to construct highways all across the country, and Himachal Pradesh is no exception. By cutting off the toes of slopes, Indian road makers are creating artificial vertical elevations with steeper slopes leading to landslides.

On slopes, good, clean and unclogged roadside drains assume great importance. Sadly, roadside drainage systems in India leave a lot to be desired. In the Himalayas, drains are frequently clogged with rubble and, even more worryingly, plastic.

In a 2020 article, Satya Prakash Negi, a senior officer in the Indian Forest Service, pointed out how plastics threaten the Himalayan environment. They now litter hills, mountains and rivers. Plastic absorbs heat, blocks natural water channels and causes floods as well as landslides that damage roads and property, leading to avoidable deaths.

But perhaps the biggest threat in mountain areas is unregulated, reckless and often illegal mining in riverbeds. Mountain roads invariably have numerous bridges that span riverbeds. Dangerous mining often goes on right under our noses or, more accurately, under our bridges.

Such mining leads to disaster during natural calamities. Often, the very businesses that were profiting from dangerous mining make a killing from post-disaster construction contracts, making a mockery of law and justice.

The prevalence of natural disasters begs a simple question: Why have India’s policymakers failed to implement zero-cost interventions and precautions to save lives and property? Is it because of apathy, or are there vested interests at play?

These questions are best answered by examining one particular disaster. In 2017, a whole mountain snapped and buried alive 50 people in Kotrupi village on the Mandi-Pathankot highway in Himachal Pradesh. Parts of the highway were washed away, smaller landslides followed; the area suffered flooding as well. Yet the very next day a group of college students insisted on walking through the disaster site instead of taking a route that would have added 30 minutes to their journey.

The next day, I saw groups of people posing for photographs in the middle of the river with no concern for safety. That vignette stamped indelibly in my memory captures the indifference to disasters among the Indian public. This indifference is at the root of the country’s poor disaster management policies.

There are two other anecdotes that capture this very peculiar Indian indifference. A few years ago, I was at the World Bank for a meeting. A fire alarm sounded, and the entire building was evacuated. Thousands of people came out and assembled in designated spaces outside. This was merely a fire drill, but everyone took it seriously.

We planned a similar drill in the state government headquarters in Shimla, the capital of Himachal Pradesh. The first date had to be postponed because of a ministerial visit. The second one went ahead but senior officials refused to leave the building. They prioritized their files over the exercise. If those in commanding government roles do not take safety seriously, what message does it send to other government servants and the public?

Vested interests also play a role in exacerbating disasters. Those who get construction contracts often grease the palms of those who give them out. Those who are winning contracts to build retaining walls argue against tree plantations. Those practicing engaging in dangerous mining activities persist because it brings them revenues and profits. Private benefit trumps public interest and eventually results in tragedy when disaster strikes.

Apart from apathy and vested interests, another factor is at play: populism. Encroachment on public lands to build private homes is a problem common to developing countries from Brazil and Kenya to Bangladesh and Indonesia. India is no exception. Politicians seeking votes often promise the “regularization” of such encroachment. Needless to say, the private homes that are often little more than shanties are rarely safe. They are built on lands that were supposed to have no buildings and do not follow safety regulations.

As a government official, I came across an incident where people had built homes over public drains. Construction over public utilities, especially drains, was prohibited under the law, yet people had flouted it merrily. When talk of imposing the law arose, protests broke out.

The fact that stormwater would wash away homes, sometimes in their entirety, if the drains were blocked did not wash with the protesters. Some politicians took the side of the protesters and put pressure on officials to turn Nelson’s eye to the breach of planning regulations.

This situation is repeated again and again all across the country. Indian authorities are wary of imposing any planning regulations in urban areas. For rural areas, they rarely bother to even draft such regulations. The political class supports “regularizing” unauthorized constructions because it is a vote winner. Those whose homes are retrospectively legalized tend to vote for politicians who pushed the measure through. Everything goes swimmingly until disaster strikes, buildings collapse and people die.

What India needs is not only a disaster management plan like Himachal Pradesh’s but also a cool examination of the causes of such disasters. Public apathy must end. We must confront vested interests and put public benefit over private profit, and politicians must look at longer-term horizons instead of a few votes in the next election. For a start, India must move away from pouring ever more concrete on its slopes to planting more trees that save the soil and allow us to bask in the cool shadows of our hills.