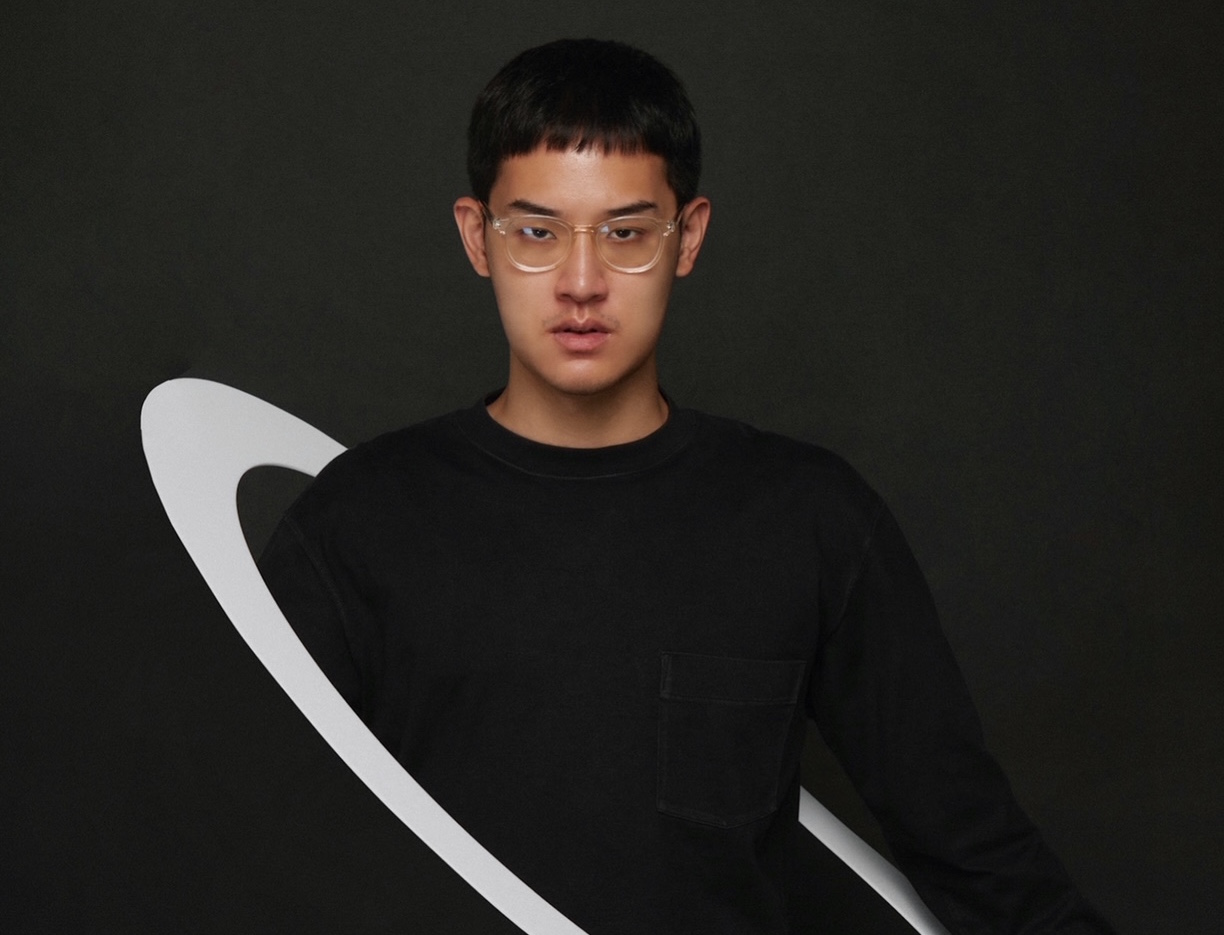 Bangkok is a city brimming with talented and fascinating people. In 27 Questions, we interview notable Bangkok personalities, learning about their whims and aversions, important life moments, and their hopes and dreams, all revealed in about the same amount of time it takes to sit through a round of speed dating.

If this were a round of speed dating, we’re not sure we’d want the timer to ever go off. Kantapon Metheekul — though you more likely know him as Gongkan — has a pull about him unlike many others we have previously interviewed.

[All images courtesy of Gongkan]

That is not to say the Thai contemporary artist is in any way overly flamboyant, obviously flirtatious, or even unusually talkative. No, Gongkan is soft-spoken, pensive, and almost solemn. Gongkan the person compliments Gongkan the artist in the most beautiful way like this. His work — spanning a massive sculpture outside Central World in Chidlom, street art murals in New York, and a place in Apple CEO Tim Cook’s private collection — always comes with an air of light-heartedness delicately layered over a deeper meaning.

After all, deeper meanings Gongkan seeks plenty. The Silpakorn University student graduated from the School of Arts before moving to New York to work at various advertising agencies a few years ago. In his spare hours, the artist worked on illustrations of himself being transported through time and space back to Thailand. He named these works ‘Teleport Art,’ and they quickly became both a local and an international sensation. Remember the infamous drawing of former US president Donald Trump and the leader of North Korea Kim Jong-Un seemingly reaching out of teleportation holes to kiss one another? Yeah, that was Gongkan.

As if the universe had wished it, Gongkan’s rise to fame comes at just the right time. With a strong social media following and the consequential wide spread of his motifs, Gongkan’s work has featured in a music video for Troye Sivan, as the album cover for Lukas Graham, and as physical products in collaboration with various lifestyle and concept stores. His work is exhibited the world over, and yet still has the humility to appear on, say, a sliding door outside Warehouse 30 for Bangkokians to admire.

Success only keeps multiplying for the young artist, though he warns us from the beginning of our chat that it does not always equate to happiness. Curious? Read on for what Gongkan has to say about finding fame, love, and inspiration, as well as why he could eat sushi every day for the rest of his life.

What is your life motto?

Happiness and success are not the same thing, so be sure to balance these well.

What is the best meal you’ve ever eaten in Bangkok?

Krapow pork basil rice with a fried egg. It is the perfect combination and I could eat it many times a week without getting bored.

Who is your role model?

Yayoi Kusama. I respect her passion for her work, and her work is truly beautiful.

What was your first job?

I was an art director for an advertising company. I was working there for more than two years before I decided it was time to learn more and create new things. It was a good experience.

What is your drink of choice?

When was the last time you drove a car?

I haven’t driven for a long time. I like to use public transportation and save time.

Are you a morning person or a night owl?

I like the night because I like being alone by myself, but I’m thinking of waking up earlier and becoming a morning person so that I can do more things.

If you could only eat one thing for the rest of your life, what would it be?

What is your biggest regret in life?

Arguing with my father, and using words to hurt one another. Thinking back, I feel like it shouldn’t have been that way.

What do you hate most about living in Bangkok?

The heat and the pollution.

How often do you prepare your own meals?

Not at all. I don’t prepare meals in advance, I only think about what to eat when I’m hungry.

What is your greatest fear?

I’m afraid of getting old and ill. I still can’t face this fear.

What is your biggest guilty pleasure?

Arguing with my family members.

What is one TV show everyone should see?

The Thai series I Told Sunset About You/I Promised You The Moon (แปลรักฉันด้วยใจเธอ). It’s a fun series about the LGBT community in Asia and there are a lot of insights about learning to accept who you are.

I wake up late, I drink coffee, I play with my dogs, exercise, eat good food, and talk to my friends.

Which moment in your life would you most like to relive?

My first solo exhibition. It was so exciting, and I was so happy and proud of myself.

What makes someone a real Bangkokian?

Someone who is stylish and can eat street food for 30 Baht at the same time.

What is one song you know all the lyrics to?

None. I’m a more visual kind of person. I can remember pictures well, but not words.

If you could banish someone from Bangkok forever, who would it be?

Politicians who are selfish and corrupt. I believe the duty of a politician is to run and develop the country, not cheat and take advantage.

Where do you go when you want to be alone?

To the sea. I think the beach is calming and the beaches in Thailand are very beautiful.

What is one thing you’ve never revealed to your parents?

Love, because I haven’t met the right person yet.

What is your favourite scent in the whole world?

I love the smell of paper because when I was a kid, I really liked to draw, and my mum would bring me old card and paper from her office to draw and play. It reminds me of the happiness I felt when I was a young child and I could just draw anything I imagined in my mind.

Who is the best teacher you’ve ever had, and what is one important lesson they taught you?

A flirty and insincere person deceived me once. It really upset and disgusted me, and taught me to be more honest in my relationships, but also value the people I speak to.

I’d rather be with someone forever, but it needs to be someone that understands me. If I get annoyed by them, I can tell them to be quiet and they won’t get angry.

What is the last dream you remember waking up to?

I dreamt that I was friends with Lisa from Blackpink. I was waiting for her after her dance practice. In my dream, I was very shy.

How many pairs of shoes do you currently own? Which do you wear the most often?

I own approximately 10 pairs of shoes that I wear often. Most of them are white sneakers because they are comfortable to walk in and easy to match with outfits.

What was the best moment of your life?

The first time I did street art in New York. It was a really big wall and a lot of people saw my work. From that moment on, I felt like a true artist, and people started to recognise my work.