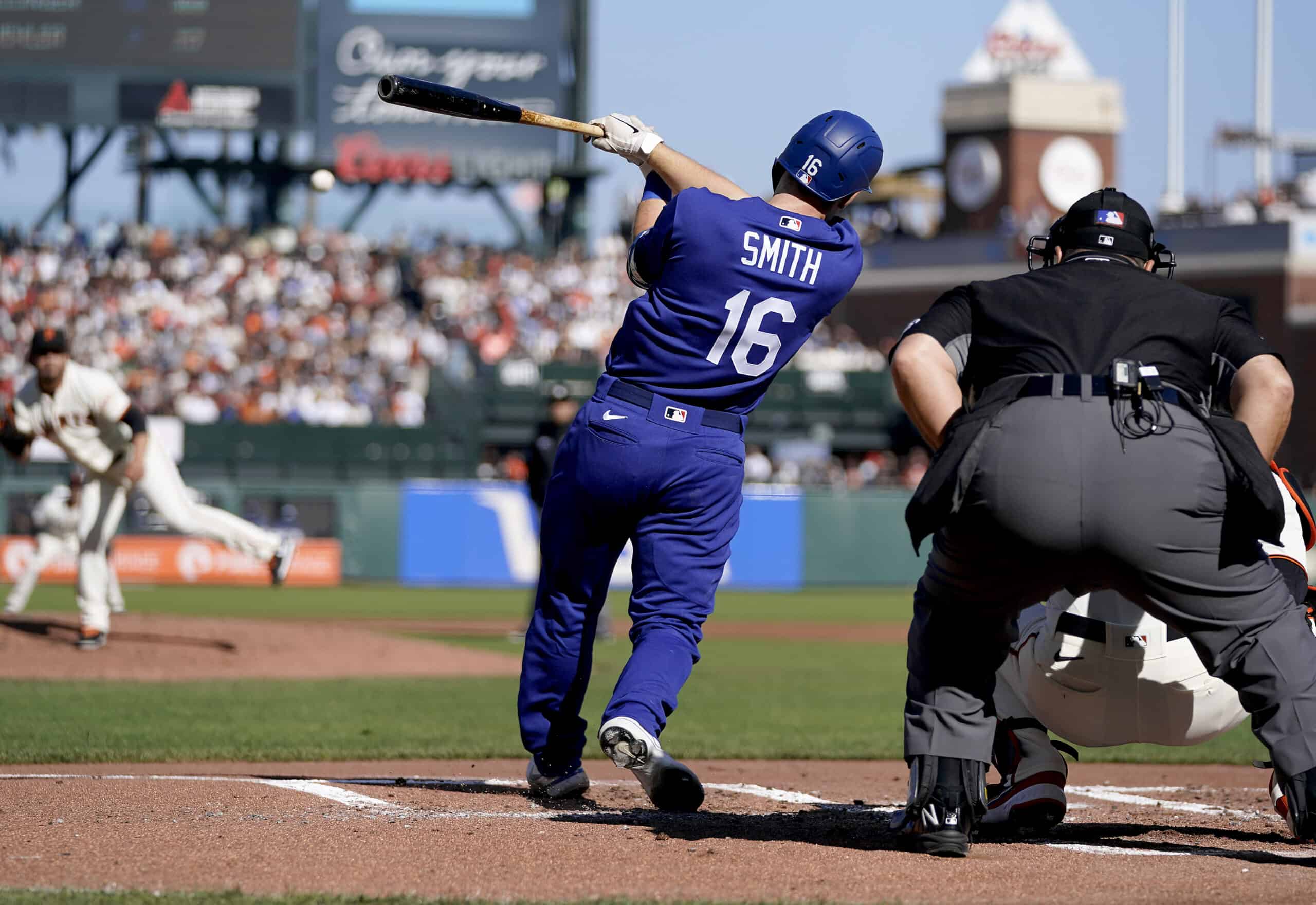 The 106-win Los Angeles Dodgers and 107-win San Francisco Giants are set to face each other in the NLDS as the 2021 MLB playoffs get rolling.

This matchup is loaded with great storylines, and the series figures to be a very memorable one.

Whichever team survives this series will likely be considered the favorite to win the 2021 World Series title.

Game 1 will get underway on Friday night.

Here are a few key storylines to keep an eye on throughout the series.

3. The Giants Held Off The Dodgers In The NL West All Season Long, But Will San Francisco Get The Best Of L.A. When It Matters Most?

Throughout the entire regular season, experts thought the Giants’ lead in the NL West wasn’t going to last.

The Dodgers, especially after their massive deadline haul, were pegged as the favorites in the division even when they were facing a deficit.

But San Francisco got the job done.

It took every bit of 107 wins, but the Giants found a way to silence the critics and beat out the juggernaut Dodgers in the division.

But now, the real test is here.

Will San Francisco rise to the occasion in a do-or-die series?

2. Will Walker Buehler Continue His Dominance Against The Giants?

Walker Buehler will get the start for the Dodgers in Game 1 of the series on Friday night.

With that being the case, the righty may very well end up facing the Giants twice in this series.

And if that does indeed happen, then Buehler’s performance in the series could easily determine the outcome.

That might sound like a lot of pressure for the 27-year-old, but truthfully, he’s probably up for the task.

Here are a few reasons why:

More on that last point: Buehler had very little trouble against San Francisco in the regular season.

Walker Buehler on facing Giants yet again: “It’s kind of two-fold, right? They know me and we know them. Not going to talk too much about it, but obviously look and see what we can change. The last one against them wasn’t great, but felt good about the ones before that.”

We’re talking about a San Francisco team with one of the best offenses and baseball, so that’s pretty impressive stuff from Buehler.

The question becomes: Will his success against the club carry over into the playoffs?

1. On Paper, This Is Arguably The Greatest LDS Matchup Of All-Time

Let’s call it like it is: These are the two best teams in baseball.

The Giants walked away with the NL West title, but the Dodgers’ record would have been good enough to win any other MLB division.

These two clubs had historically good regular seasons, and now, we get to see them battle it out in the postseason.

In MLB history, this is the first-ever meeting between two teams with at least 105 wins.

Fans should prepare for some very high-level baseball.

Dodgers vs. Giants is going to be awesome.

Plus, depending on who you ask, this is technically the first time these clubs have ever met in the playoffs.

That adds even more juice to the matchup.

Right now, most sportsbooks have the Dodgers favored to win the series, but it truly feels like a toss-up.