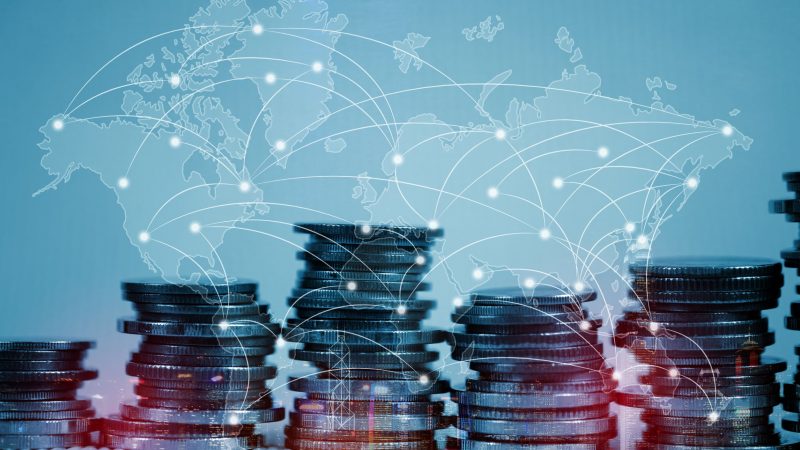 More than 100 countries agreed on Friday (8 October) a reform of the international tax regime intended to make it fit for the digital age and respond to longstanding concerns about corporate tax evasion.

The agreement brokered by the Organisation for Economic Cooperation and Development reforms the international tax system by allowing for the taxation of multinational firms where they generate profit, instead of where they are located. In addition, a minimum corporate tax rate of 15% was agreed.

“This is a major victory for effective and balanced multilateralism”, OECD Secretary General Mathias Cormann said in a statement.

“It is a far-reaching agreement which ensures our international tax system is fit for purpose in a digitalised and globalised world economy,” he continued.

The US – one of the reform’s harshest critics under the previous Trump administration – praised the agreement, with US Secretary of the Treasury Janet Yellen stating a few hours ahead of the adoption that it “will stop the four-decade long race to the bottom of corporate taxation.”

While a number of EU countries – most notably Estonia, Ireland and Hungary – refused to sign the agreement in July over fears that it would humper their low corporate tax systems, they changed their mind on the final stages of the negotiations and are now on board.

Their approval opens the doors for a harmonised European approach to transfer the agreement into EU law, as taxation regulations require unanimity to be passed.

Taxing where profit is made

While corporations have, until now, been paying taxes in the countries where they produced their goods for decades, the new system allows for a regime taxing multinationals where consumers are located.

This redesign will affect around 100 of the world’s largest corporations and generate a total of around $125 billion (€108 billion) in additional taxes, according to OECD estimates.

The pillar was originally designed to specifically target tech giants and their online revenue model.

However, following considerable pressure from the US, the OECD proposal was watered down considerably. It is now applicable to all enterprises, no matter their sector and whether they are operating in the digital sphere.

The reform targets firms with a global turnover above $20 billion (€17,3) and profitability of over 10%. However, the threshold is planned to be reduced to $10 billion (€8,6) by 2028, if the implementation of the rules proves to be successful.

Between 20% and 30% of the profits of the enterprises above the threshold of 10% return on sales are now allowed to be taxed in the countries where they conduct their business.

However, due to the 10% threshold, some of the largest companies by revenue – most notably Amazon – are excluded from the new taxation regime.

The second pillar of the OECD agreement concerns the minimum tax that should ensure that large multinational companies have no incentive to shift their profits to tax havens.

On Friday, the OECD negotiators agreed to a minimum tax rate of 15% for companies with a global turnover of at least €750 million. If a German company shifts its profits to a jurisdiction with a lower tax rate, for example, German authorities will be able to tax the shifted profits. Thus, if the low-tax jurisdiction has a tax rate of 10%, German authorities can apply an additional tax of 4% on the shifted profits.

As a consequence, tax havens would have no incentive to offer tax rates below 15%.

The exact level of the minimum tax rate was subject to discussion during the past months. Earlier this year, US Treasury Secretary Yellen proposed a minimum tax rate of 21%. After negotiations with European countries and resistance from low-tax jurisdictions like Ireland, the countries agreed on 15%.

According to calculations by the EU Tax Observatory, a minimum tax rate of 15% could lead to additional yearly tax revenues of €48 billion across the EU.

However, the OECD Agreement also allows for carve-outs that could decrease the additional revenue. Multinational companies can deduct 5% of the value of the tangible assets and the payroll they hold in tax havens from taxable profits. Furthermore, the carve-out is set at nearly double this rate in the beginning and will gradually be reduced until it reaches 5% in ten years’ time.

“According to our calculations, a carve-out of 5% would lead to a loss of potential tax revenue of around €7 billion”, said Theresa Neef of the EU Tax Observatory.

A coalition of developing countries have criticized the two-pillar solution negotiated by the OECD.

“We are forced to decide between a bad option and a worse one”, said Argentinian economy minister, Martín Guzmán, in a debate on 7 October.

“Basically, the OECD agreement will lead to some redistribution, but only among rich countries. The result is far away from the original ambition,” he added.

The deal will be finalised by the G20 finance ministers next week in Washington and is anticipated to receive final approval at the G20 summit in Rome at the end of October.

Once the agreement obtains final approval, the European Commission is expected to propose directives to implement the OECD agreement across the EU.