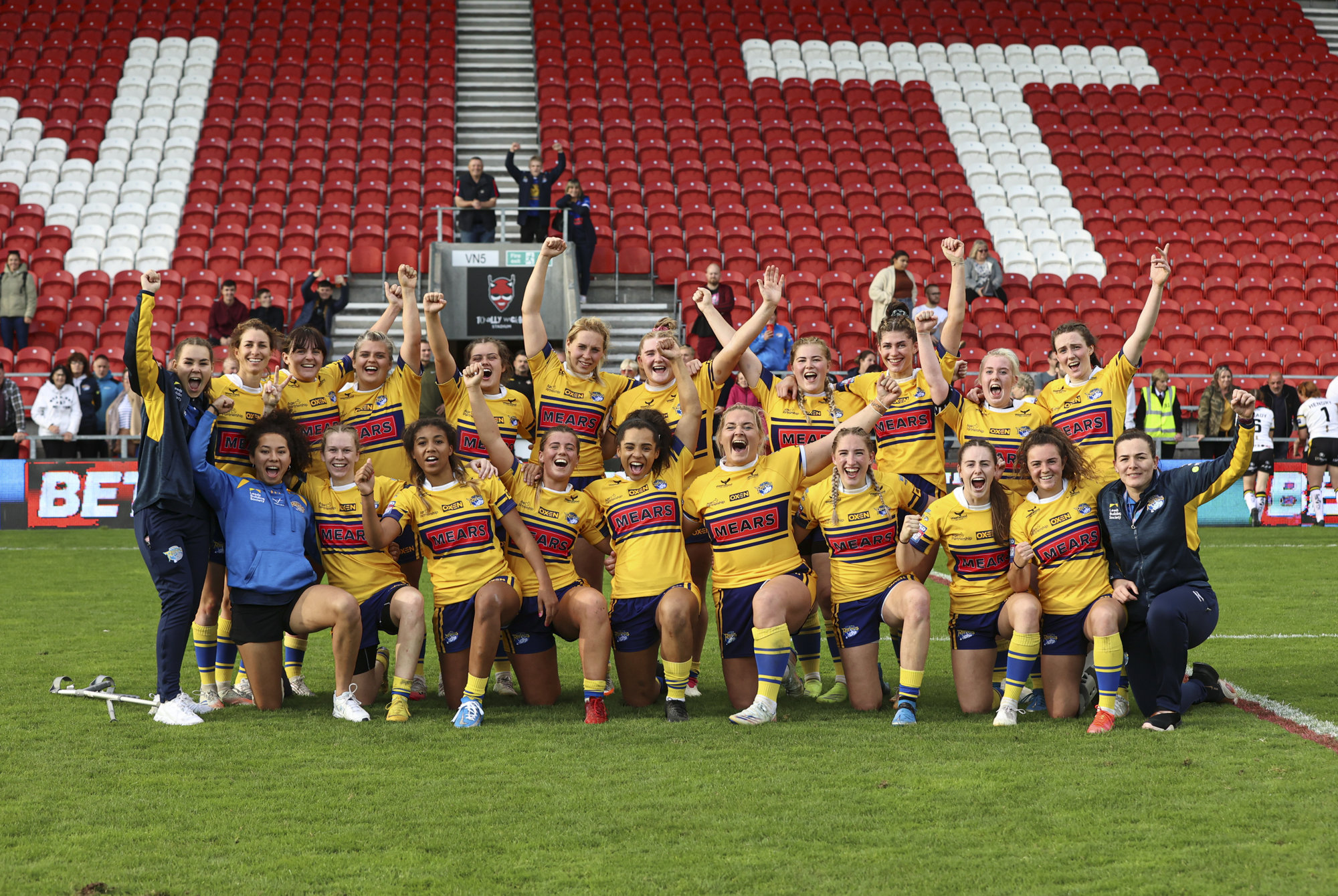 Lois Forsell has just been asked whether her Leeds Rhinos side owe St Helens one for their 20-12 Betfred Women’s Challenge Cup semi-final defeat in May. On Sunday the reigning Betfred Women’s Super League champions get their chance for revenge over the Saints in the Grand Final at Emerald Headingley.


It has been a strange old season for the Rhinos. They were League Leaders’ Shield and Challenge Cup winners in 2018 and won the Grand Final and Challenge Cup in 2019, but after last season was wiped out by the Covid-19 pandemic, they spent the start of 2021 playing without Forsell calling the shots as she took maternity leave.

Having lost to Saints in the Challenge Cup and also missed out on the League Leaders’ Shield to the Red Vee on the strength of a Covid-enforced forfeit, the Rhinos are fighting to stave off a first trophyless season since they joined the Super League.

“It’s been massively different, and we’ve had some disruption when I was off on maternity for a little bit and Ant and Dave Gibbons held down the fort and were amazing,” Forsell tells reporters. “But the girls have been second to none in just keeping their heads down and getting on with the job at hand. We’re looking forward to getting just reward by playing a final at Headingley, which couldn’t be set up any better.”

Saints boast not only two trophies already but also the presence of the newly-crowned Woman of Steel, Jodie Cunningham. But Forsell, who replaced Adam Cuthbertson as coach after her retirement from playing in 2019, says that the adversity of 2021 has actually made her Leeds side a more united outfit.


“I think we’ve all learned a lot about each other to be honest,” she explains. “They’ve seen a bit of a different side to me as a coach, and the girls have got a lot closer and you’ve got to remember that we’ve got a lot of new girls in our squad. A big group of our squad that have played throughout the season are in their first year, having come through the academy or come through on a trial block.”

While Saints have form in their favour, Leeds have home advantage even if they haven’t had the chance to spend much time there over the past two years. And Forsell believes their second-half fightback to beat York City Knights 22-18 in their play-off semi-final had much to do with the lure of playing at Headingley.

“Because of Covid it’s been difficult to be at Headingley, with red zones and such we’ve not been up there much,” adds Forsell. “So to be walking down the tunnel and see all the amazing stuff that the club have put into it and made sure that the women are an integral part of that, I think it’s just extra motivation and one of the reasons that allowed them to dig deep in that second half, knowing that they would be going home to Headingley if they got the win.”

Now that they’ve made it, though, Forsell doesn’t want to see the opportunity for the ultimate silverware to go begging. After a year just waiting to get back on a field and a season of missing out when the trophies have been handed out, the Leeds coach is keen for her side to make the most of Sunday’s opportunity.

“It’s a long time to wait if you lose in a Grand Final.”