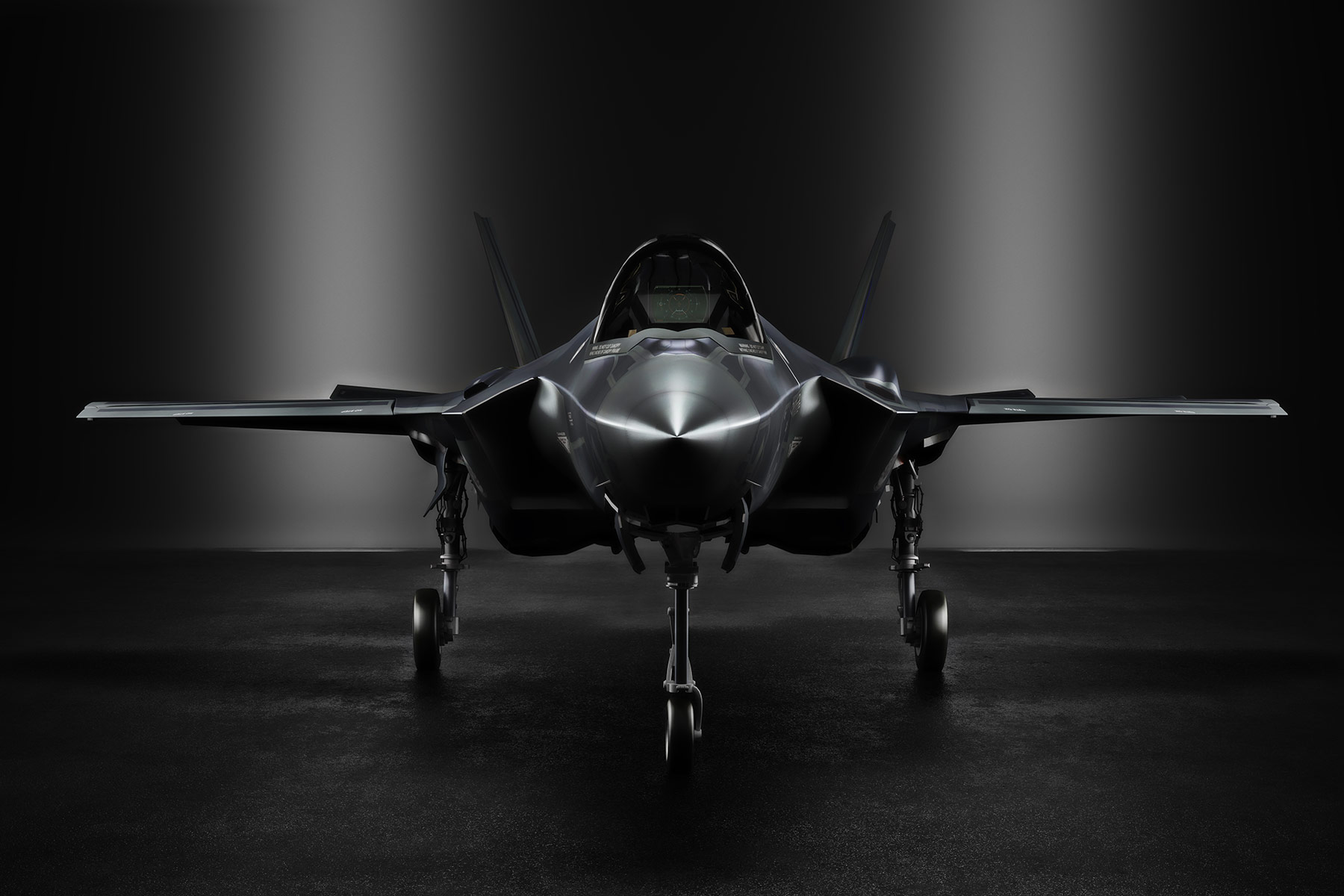 US President Joe Biden and the Democratic Congress are facing a crisis as the popular domestic agenda they ran on in the 2020 elections is held hostage by two corporate Democratic senators: fossil-fuel consigliere Joe Manchin and payday-lender favorite Kyrsten Sinema. But the very week before the Democrats’ $350-billion annual domestic package hit this wall of corporate money-bags, all but 38 House Democrats voted to hand over more than double that amount to the Pentagon. Senator Manchin has hypocritically described the domestic spending bill as “fiscal insanity,” but he has voted for a much larger Pentagon budget every year since 2016.

What Is the Ruckus Over AUKUS?

Real fiscal insanity is what Congress does year after year, taking most of its discretionary spending off the table and handing it over to the Pentagon before even considering the country’s urgent domestic needs. Maintaining this pattern, Congress just splashed out $12 billion for 85 more F-35 warplanes, six more than Donald Trump bought last year, without debating the relative merits of buying more F-35s vs. investing $12 billion in education, health care, clean energy or fighting poverty.

The 2022 military spending bill (the National Defense Authorization Act) that passed the House on September 23 would hand a whopping $740 billion to the Pentagon and $38 billion to other departments (mainly the Department of Energy for nuclear weapons), for a total of $778 billion in military spending. This is a $37-billion increase over last year’s military budget. The Senate will soon debate its version of this bill, but don’t expect too much of a debate there either. Most senators are “yes men” when it comes to feeding the war machine.

Two House amendments to make modest cuts both failed: one by Representative Sara Jacobs to strip $24 billion that was added to Biden’s budget request by the House Armed Services Committee; and another by Representative Alexandria Ocasio-Cortez for an across-the-board 10% cut (with exceptions for military pay and health care).

After adjusting for inflation, this enormous budget is comparable to the peak of Trump’s arms build-up in 2020. It is only 10% below the post-WWII record set by George W. Bush in 2008 under the cover of the wars in Iraq and Afghanistan. It would give Biden the dubious distinction of being the fourth post-Cold War US president to militarily outspend every Cold War president, from Harry Truman to George H.W. Bush. In effect, Biden and Congress are locking in the $100 billion per year arms build-up that Trump justified with his absurd claims that Barack Obama’s record military spending had somehow depleted the military.

As with Biden’s failure to quickly rejoin the nuclear deal with Iran, the time to act on cutting the military budget and reinvesting in domestic priorities was in the first weeks and months of his administration. His inaction on these issues, like his deportation of thousands of desperate asylum seekers, suggests he is happier to continue Trump’s ultra-hawkish policies than he will publicly admit.

In 2019, the Program for Public Consultation at the University of Maryland conducted a study in which it briefed ordinary Americans on the federal budget deficit and asked them how they would address it. The average respondent favored cutting the deficit by $376 billion, mainly by raising taxes on the wealthy and corporations, but also by cutting an average of $51 billion from the military budget.

Even Republicans favored cutting $14 billion, while Democrats supported a much larger $100 billion cut. That would be more than the 10% cut in the failed Ocasio-Cortez amendment, which garnered support from only 86 Democratic representatives and was opposed by 126 Democrats and every Republican.

Most of the Democrats who voted for amendments to reduce spending still voted to pass the bloated final bill. Only 38 Democrats were willing to vote against a $778 billion military spending bill that, once Veterans Affairs and other related expenses are included, would continue to consume over 60% of discretionary spending.

“How’re you going to pay for it?” clearly applies only to money for people, never to money for war. Rational policymaking would require exactly the opposite approach. Money invested in education, health care and green energy is an investment in the future, while money for war offers little or no return on investment except to weapons makers and Pentagon contractors, as was the case with the $2.26 trillion the United States wasted on death and destruction in Afghanistan.

A study by the Political Economy Research Center at the University of Massachusetts found that military spending creates fewer jobs than almost any other form of government spending. It found that $1 billion invested in the military yields an average of 11,200 jobs, while the same amount invested in other areas yields: 26,700 jobs when invested in education, 17,200 in health care, 16,800 in the green economy, or 15,100 jobs in cash stimulus or welfare payments.

Tragically, the only form of Keynesian stimulus that is uncontested in Washington is the least productive for Americans, as well as the most destructive for the other countries where the weapons are used. These irrational priorities seem to make no political sense for Democrats in Congress, whose grassroots voters would cut military spending by an average of $100 billion per year based on the Maryland poll.

So, why is Congress so out of touch with the foreign policy desires of their constituents? It is well-documented that members of Congress have more close contact with well-heeled campaign contributors and corporate lobbyists than with the working people who elect them, and that the “unwarranted influence” of Dwight Eisenhower’s infamous military-industrial complex has become more entrenched and more insidious than ever, just as he feared.

The military-industrial complex exploits flaws in what is at best a weak, quasi-democratic political system to defy the will of the public and spend more public money on weapons and armed forces than the world’s next 13 military powers. This is especially tragic at a time when the wars of mass destruction that have served as a pretext for wasting these resources for 20 years may finally, thankfully, be coming to an end.

The five largest US arms manufacturers (Lockheed Martin, Boeing, Raytheon, Northrop Grumman and General Dynamics) account for 40% of the arms industry’s federal campaign contributions. These companies have collectively received $2.2 trillion in Pentagon contracts since 2001 in return for those contributions. Altogether, 54% of military spending ends up in the accounts of corporate military contractors, earning them $8 trillion since 2001.

The House and Senate Armed Services Committees sit at the very center of the military-industrial complex, and their senior members are the largest recipients of arms industry cash in Congress. So, it is a dereliction of duty for their colleagues to rubber-stamp military spending bills on their say-so without serious, independent scrutiny.

The corporate consolidation, dumbing down and corruption of US media and the isolation of the Washington “bubble” from the real world also play a role in Congress’s foreign policy disconnect.

There is another, little-discussed reason for the disconnect between what the public wants and how Congress votes, and that can be found in a fascinating 2004 study by the Chicago Council on Foreign Relations titled, “The Hall of Mirrors: Perceptions and Misperceptions in the Congressional Foreign Policy Process.” The study surprisingly found a broad consensus between the foreign policy views of lawmakers and the public, but that “in many cases Congress has voted in ways that are inconsistent with these consensus positions.”

This was particularly striking in the case of Democratic staffers, who were often convinced that their own liberal views placed them in a minority of the public when, in fact, most of their constituents shared the same views. Since congressional staffers are the primary advisers to members of Congress on legislative matters, these misperceptions play a unique role in Congress’ anti-democratic foreign policy. Overall, on nine important foreign policy issues, an average of only 38% of congressional staffers could correctly identify whether a majority of the public supported or opposed a range of different policies they were asked about.

On the other side of the equation, the study found that “Americans’ assumptions about how their own member votes appear to be frequently incorrect … [I]n the absence of information, it appears that Americans tend to assume, often incorrectly, that their member is voting in ways that are consistent with how they would like their member to vote.”

Resources for the Public

It is not always easy for a member of the public to find out whether their representative votes as they would like or not. News reports rarely discuss or link to actual roll-call votes, even though the Internet and the Congressional Clerk’s office make it easier than ever to do so.

Civil society and activist groups publish more detailed voting records. GovTrack.us lets constituents sign up for emailed notifications of every single roll-call vote in Congress. Progressive Punch tracks votes and rates representatives on how often they vote for “progressive” positions, while issues-related activist groups track and report on bills they support, as CODEPINK does at CODEPINK Congress. Open Secrets enables the public to track money in politics and see how beholden their representatives are to different corporate sectors and interest groups.

When members of Congress come to Washington with little or no foreign policy experience, as many do, they must take the trouble to study hard from a wide range of sources, to seek foreign policy advice from outside the corrupt military-industrial complex, which has brought us only endless war, and to listen to their constituents.

The Hall of Mirrors study should be required reading for congressional staffers, and they should reflect on how they are personally and collectively prone to the misperceptions it revealed. Members of the public should beware of assuming that their representatives vote the way they want them to, and instead make serious efforts to find out how they really vote. They should contact their offices regularly to make their voices heard, and work with issues-related civil society groups to hold them accountable for their votes on issues they care about.

Looking ahead to next year’s and future military budget fights, we must build a strong popular movement that rejects the flagrantly anti-democratic decision to transition from a brutal and bloody, self-perpetuating “war on terror” to an equally unnecessary and wasteful but even more dangerous arms race with Russia and China.

As some in Congress continue to ask how we can afford to take care of our children or ensure future life on this planet, progressives in Congress must not only call for taxing the rich but cutting the Pentagon — and not just in tweets or rhetorical flourishes, but in real policy. While it may be too late to reverse course this year, they must stake out a line in the sand for next year’s military budget that reflects what the public desires and the world so desperately needs: to roll back the destructive, gargantuan war machine and to invest in health care and a livable climate, not bombs and F-35s.