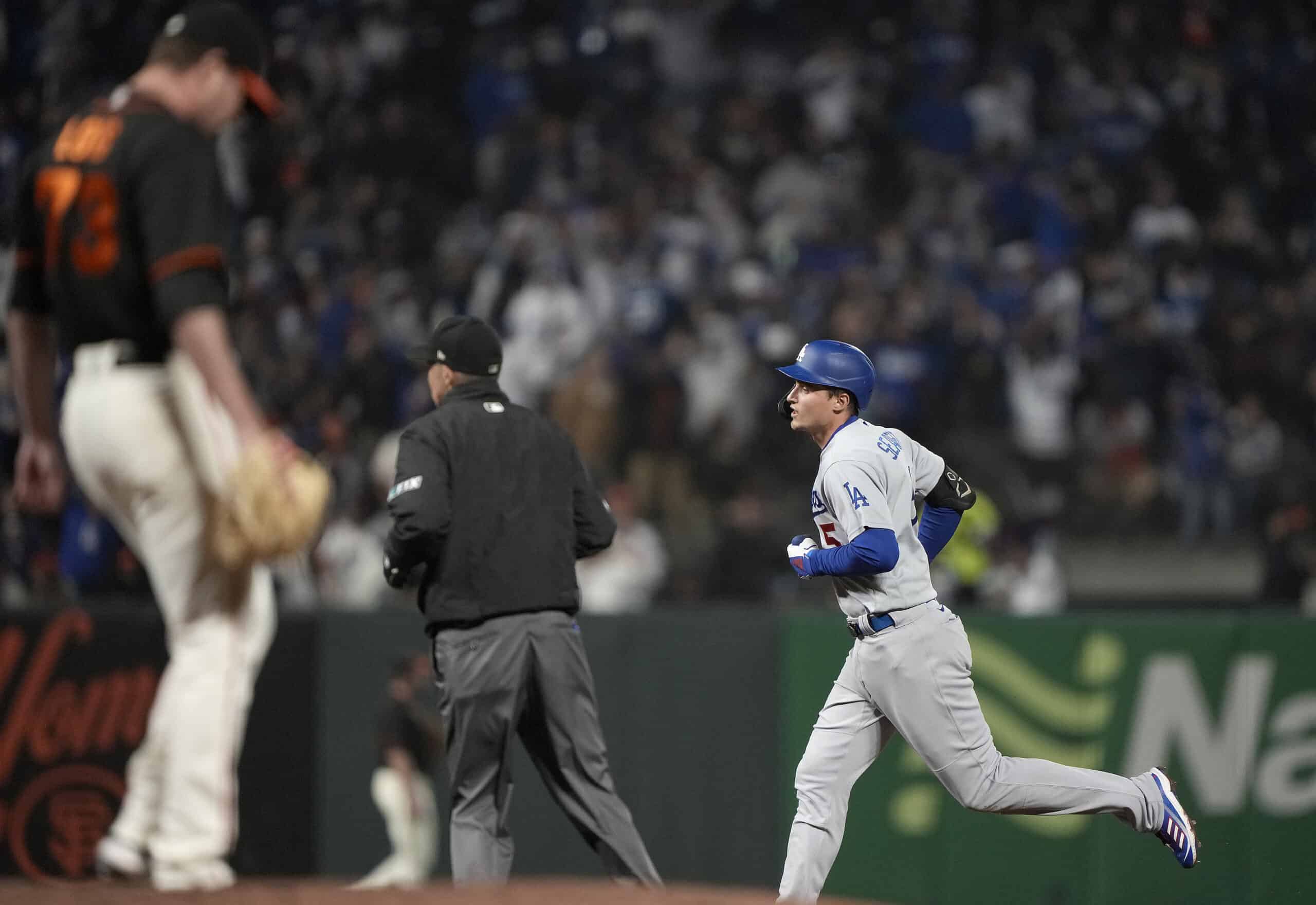 After the Los Angeles Dodgers got rid of the tough St. Louis Cardinals in dramatic fashion on Wednesday night, MLB’s best and most attractive playoff matchup was on.

The San Francisco Giants and the Dodgers will face each other in a best-of-five Division Series, a fitting culmination for a season-long battle for supremacy in the National League West.

Only three teams achieved 100 victories or more in the MLB regular season.

One of them was the Tampa Bay Rays, the only club in the American League to reach the mark: they finished 100-62.

Which were the other two?

Yes, the Dodgers and the Giants.

Both teams fought hard for the division crown all year long, and the Giants, against all odds, ended up prevailing with a 107-55 record.

Both teams are incredibly close to each other in talent level and roster quality.

Two things I have learned from this epic 2021 #SFGiants season – trust the black rimmed glasses, and the Giants are one game better than the Dodgers (10-9 and 107-106). Bring it on!! #BeatLA

This is a huge victory for the Giants: the Dodgers, for years, have been recognized as MLB’s premier organization at getting the best out of their players.

They also brought in quality players via free agency (AJ Pollock a few years ago, for example) and via trade (Trea Turner, Max Scherzer come to mind).

However, the Giants worked hard and produced their own recipe for success.

Offseason acquisitions didn’t include much more than Jake McGee and Anthony DeSclafani, and both have been amazing.

Both teams are talented and resourceful, and it’s a shame one of them will have to go home after the series.

By the numbers, both teams are absolutely elite.

Besides the obvious conclusions we can draw from their records, they also have the best run differentials in MLB: the Dodgers ended the season at +269, and San Francisco at +210.

Pitching-wise, they were absurdly good.

Los Angeles allowed only 3.5 runs per game, the fewest in baseball, and had the lowest ERA at 3.01.

The Giants, on the other hand, were equally good at both aspects of the game.

Their offense was the sixth-best in MLB with 5.0 runs per game, and they were fourth in slugging with .440.

They had the second-best pitching staff behind the Dodgers, with 3.7 runs allowed per game.

Crucial Injuries On Both Sides

Injuries are, sadly, part of the game.

Brandon Belt, who suffered a thumb fracture late in the season, said his goal is to return for the Championship Series, but it’s not a given.

On the Dodgers’ side, slugger Muncy and ace Clayton Kershaw won’t pitch in the NLDS and are iffy for the rest of the playoffs.

Muncy (elbow) will be immobilized for the next couple of weeks.

Kershaw, who reported renewed discomfort in his left elbow, has already been ruled out for the postseason.

It’s a huge blow for the pitching staff.

and in the playoffs, for the first time ever

This is gonna be good pic.twitter.com/XpVmUqE8Te

Both teams will try to overcome these key injuries and win against their arch rivals.

Everything is ready for a showdown for the ages.