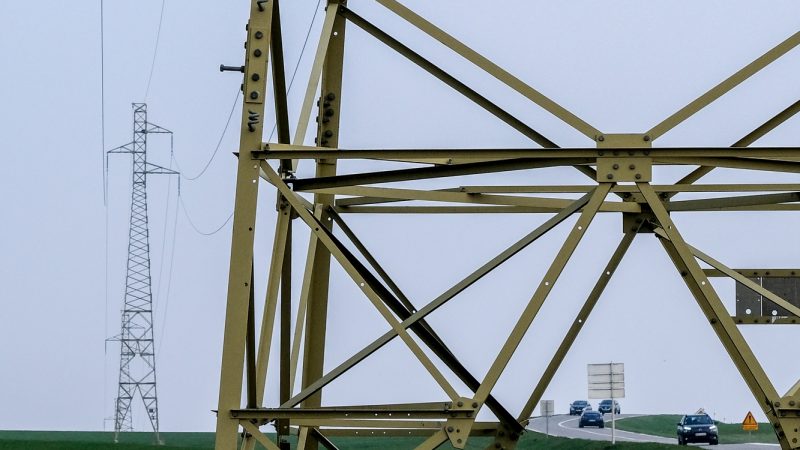 The European Commission is preparing a “toolbox” of measures for EU governments to tackle the ongoing surge in energy prices without harming Europe’s single market. EURACTIV got its hands on the draft proposal.

EU heads of states will discuss the Commission’s proposed toolbox during a summit meeting on 21-22 October.

Here’s what it will – and what it probably won’t – include.

Emergency income support is seen as uncontroversial by the European Commission, provide they are temporary and “targeted” to the poor.

The Commission document says lump-sum payments are generally preferable because they maintain incentives for households to reduce their energy consumption.

In addition, EU countries can introduce safeguards to ensure no one is disconnected from the energy grid, said the EU’s Energy Commissioner Kadri Simson.

Deferred payments of electricity bills are also listed in the draft toolbox as a possibility to alleviate the burden on low-income households.

Taxes and levies account for 41% of household electricity bills on average, and 30-34% for industry, the leaked document says.

Measures to suspend them, like those implemented in Spain, are seen favourably by Brussels, provided they are limited in time and targeted at the poor.

“Providing targeted support to consumers, direct payments to those most at risk of energy poverty, cutting energy taxes, shifting charges to general taxation, are all measures that can be taken very swiftly, under EU rules,” Commissioner Simson said in a speech to the European Parliament on Wednesday (6 October).

The European Commission will also look favourably at direct government support for small businesses that are most affected by rising energy prices.

“Business and in particular SMEs can be given relief through state aid, or by facilitating longer-term power purchase agreements,” Simson said.

According to the leaked proposal, such measures are acceptable as long as they do not distort competition and lead to fragmentation on the EU’s internal energy market.

Governments also should refrain from interfering with the EU carbon market, the EU’s Emissions Trading Scheme (ETS), it says.

To monitor the situation across the 27 EU member states, Brussels will also propose setting up an ‘Energy poverty and vulnerable consumers coordination group’.

“We need to ensure that markets work in a fair and transparent way. Competition authorities and national regulators with ACER have a role to play in market surveillance and prevention of uncompetitive practices,” Simson said.

The EU executive warns that it will not hesitate to crack down on possible breaches of EU competition rules.

Pressed by Spain and France, the European Commission said it was ready to examine a revision of electricity market rules in order to decouple the price of power from the cost of gas.

Although gas only accounts for one-fifth of electricity production in Europe, gas-fired power plants have become price-setters on the electricity market because they can be fired up at short notice to respond to demand peaks.

“If electricity prices are high, it is because of the high gas prices, and we have to look at the possibility to decouple within the market because we have much cheaper energy like renewables,” Commission President Ursula von der Leyen said during a visit to Estonia on 5 October.

Yet, the Commission seems reluctant to reopen the EU’s electricity market directives, which were revised almost three years ago. Rather, it proposes to launch an initiative to deepen cross-border regional cooperation on retail energy markets and launch a study on electricity price formation.

“There are no taboos but we shouldn’t forget that the EU energy system is the most reliable in the world,” Simson told EU lawmakers, adding that “there is no alternative market model” that would help lower prices in the current situation.

“We are ready to launch a study with ACER on the current electricity market design and its ability to deliver a lower-cost and secure transition to a net-zero energy system,” Simson said.

EU member states are also encouraged to promote consumer rights, offering the ability to switch suppliers more easily in search of the best offer. And in case energy companies goes bankrupt, EU governments will be requested to appoint a supplier of last resort.

Renewable electricity is currently the cheapest on the market, a point the European Commission has made repeatedly since the crisis began.

EU countries are therefore encouraged to speed up permitting procedures for new wind and solar farms, with a new “guidance document” expected to come out in 2022 in order to help member states identify good practices.

The Commission will also put forward a proposal to improve the energy efficiency of the European building stock, contributing to lower energy bills of the building occupants.

The European Commission will use a long-planned reform of EU gas market rules, due in December, to review “issues around storage and security of supply,” Simson said.

According to the leaked proposal, the upcoming package will seek to empower consumers to choose renewable and low-carbon gases over fossil gas as a way to shift supply from third-country imports to more decentralised and EU-based production.

The Commission also envisages a new regulation setting up new cross-border regional gas risk groups focusing on regions with low storage. The groups would analyse risks for the next 5 years provide advice on risk management.

But the big idea – suggested by Spain – is a proposal for joint gas purchasing as a way to build stocks. This would allow interested countries to pool forces and create strategic reserves that could be released in time of emergency. Participation in the scheme would be voluntary and designed in a way that does not distort competition on the energy market.

Commissioner Simson expressed doubts about the idea though, telling Parliament that “complexity and practical obstacles have always outweighed the benefits” of joint procurement.

On finance, the document says the Commission will present a “complementary” proposal to the EU’s green finance taxonomy that will focus on transition technologies such as gas, without further elaborating. A Commission proposal has been in the making for several months but it is unclear when it will be released or what it will contain.

Using revenues from the ETS

Higher energy prices have pushed up the price of CO2 allowances on the EU carbon market, the Emissions Trading Scheme (ETS).

Since most of the ETS revenues go back to national state coffers, these can be used for direct support to households and SMEs, the Commission suggests.

“The immediate priority should be to mitigate social impacts and protect vulnerable households, ensuring that energy poverty is not aggravated. Higher than expected ETS revenues provide space for doing so,” Simson told the European Parliament.

In the first nine months of the year, EU countries have received an additional €10.8 billion in ETS revenues compared to the same period in 2020, she noted.

In the longer term, the Commission has proposed a Climate Social Fund to shield citizens from rising carbon prices. “We will present by the end of the year a Recommendation to provide policy guidance that is needed to ensure that member states adequately address the social and employment consequences of the clean energy transition,” Simson said.

However, the Commission excludes any reform of the ETS to deal with the current crisis.

“Playing around with the emissions trading scheme” would only have a “very small” impact on the current energy price crunch, EU climate chief Frans Timmermans said on Wednesday (6 October).