Defence Minister Peter Dutton said states have been given ‘huge amounts’ of extra hospital funding, amid an ongoing row between the PM and Queensland premier, who has said she needs more money to reopen the state.

“The states have received huge amounts of additional funding from the Commonwealth to bolster their capacity within the hospital system,” Mr Dutton told Today.

“In my state of Queensland we’ve increased funding by over 100 per cent to the public hospital system just in the last few years.

“Queensland has increased it by 53 per cent.

He called Queensland’s stranding of its own resident’s interstate as “cruel”.

Mr Dutton also said giving Pfizer jabs to younger children was “not a political decision” saying it was up to the TGA.

“We know that from all of the evidence so far, COVID hasn’t had the impact on younger people that it has on older people or people with comorbidities,” he said. 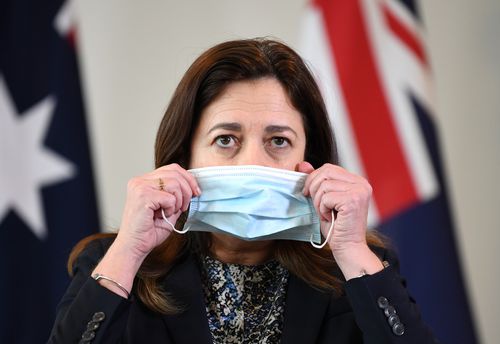