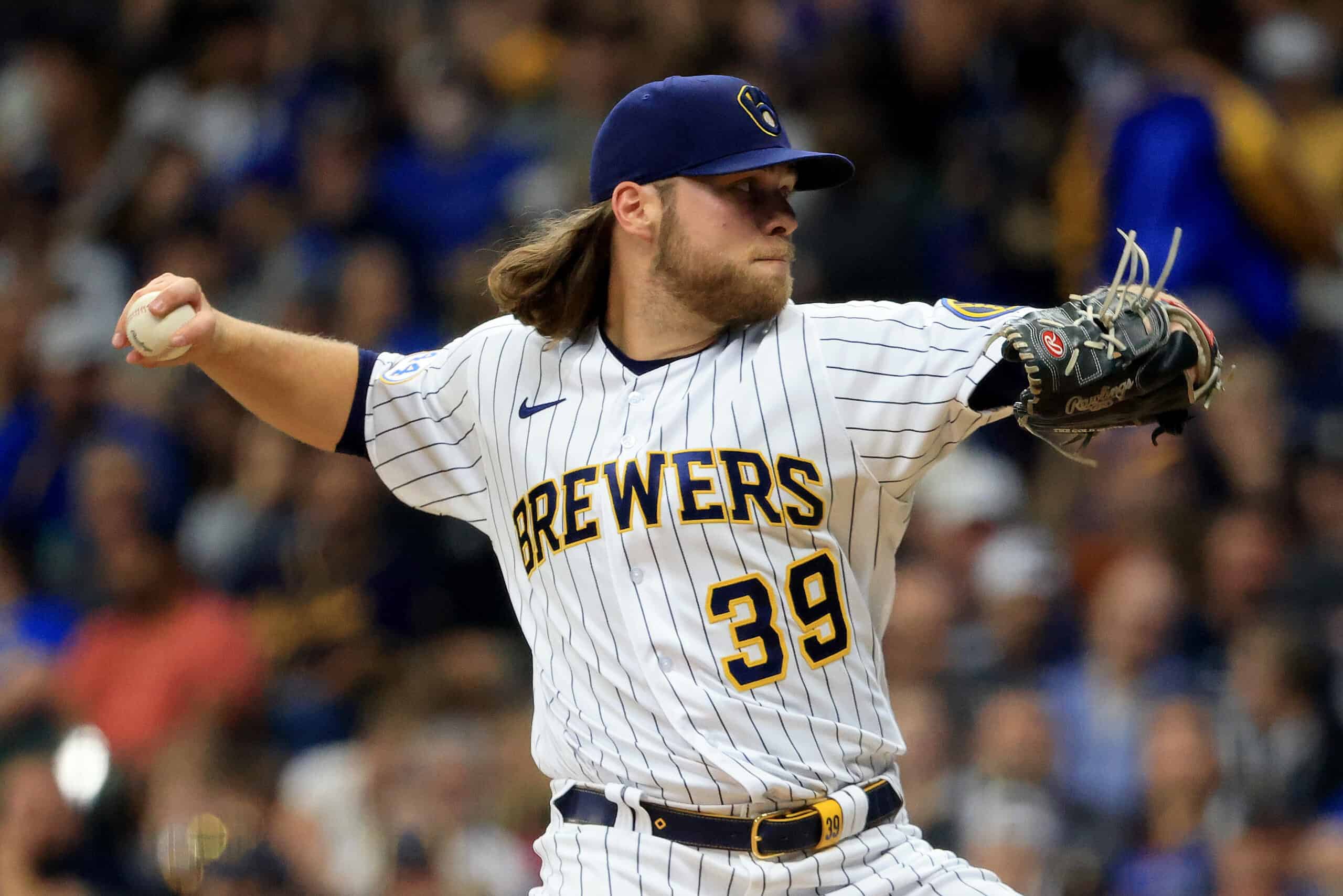 On a Milwaukee Brewers rotation that was ranked among the best in MLB during the 2021 season, Corbin Burnes was the most impressive.

Yes, names such as Brandon Woodruff (2.56 ERA in 179.1 frames), Freddy Peralta, and Eric Lauer were among the brightest hurlers in the league, but Burnes was simply on another level.

The 26-year-old right-hander finished the year as the top-ranked pitcher in Wins Above Replacement, or WAR, according to FanGraphs, with 7.5.

Zack Wheeler of the Philadelphia Phillies had 7.3, but after him, nobody had even 6.0.

According to Fielding Independent Pitching, or FIP (a run-prevention metric that takes the fielding from the equation), Burnes was historically good, with a 1.63 mark.

Burnes is a fantastic pitcher, and has been since last year when he had a 2.11 ERA in 59.2 frames.

However, by virtue of playing on a small market team, not everybody is familiarized with his obvious talent.

Last year was impressive, sure, but we needed to see him dominate over a larger sample size, certainly larger than 59.2 innings.

He achieved just that during the 2021 campaign, and is firmly in the conversation for the National League Cy Young Award.

Corbin Burnes has left his mark

Fortunately, he can show off his pitching talents on a national stage now that the Brewers are set to start their participation in the 2021 playoffs on Friday, against the Atlanta Braves.

In fact, Burnes has been tasked by manager Craig Counsell as the starter of the first game of the series against the Braves.

Do you want to guess Burnes’ WHIP this year?

He pitched 167 innings and allowed less than a batter per inning to reach via hit or walk.

His BB/K ratio, which is a very accurate way to measure a pitcher’s ability to dominate opposing lineups, was 34/234, an absolutely elite figure.

The first game of the best-of-five series will be played in Milwaukee, a place in which Burnes had a very good 2.85 ERA.

Oddly enough, he was better on the road (1.94 ERA), but it won’t matter where he takes the ball: the only important thing for the Brewers is that he is healthy and will give them the best chance of taking a 1-0 advantage.

Friday will be a perfect occasion for the world to see Burnes in action.

He is not a complete unknown, and hardcore fans certainly know all about him.

However, it will be nice for all audiences to see that nasty cutter break late and miss bats.

Milwaukee did a good job preserving his arm the most they could for this moment: the playoffs.

He made a career-high 28 starts, and while he didn’t approach 200 innings (injuries got in the way, too), he made them all count.

It’s time for the whole country, and the world, to know who Burnes is.