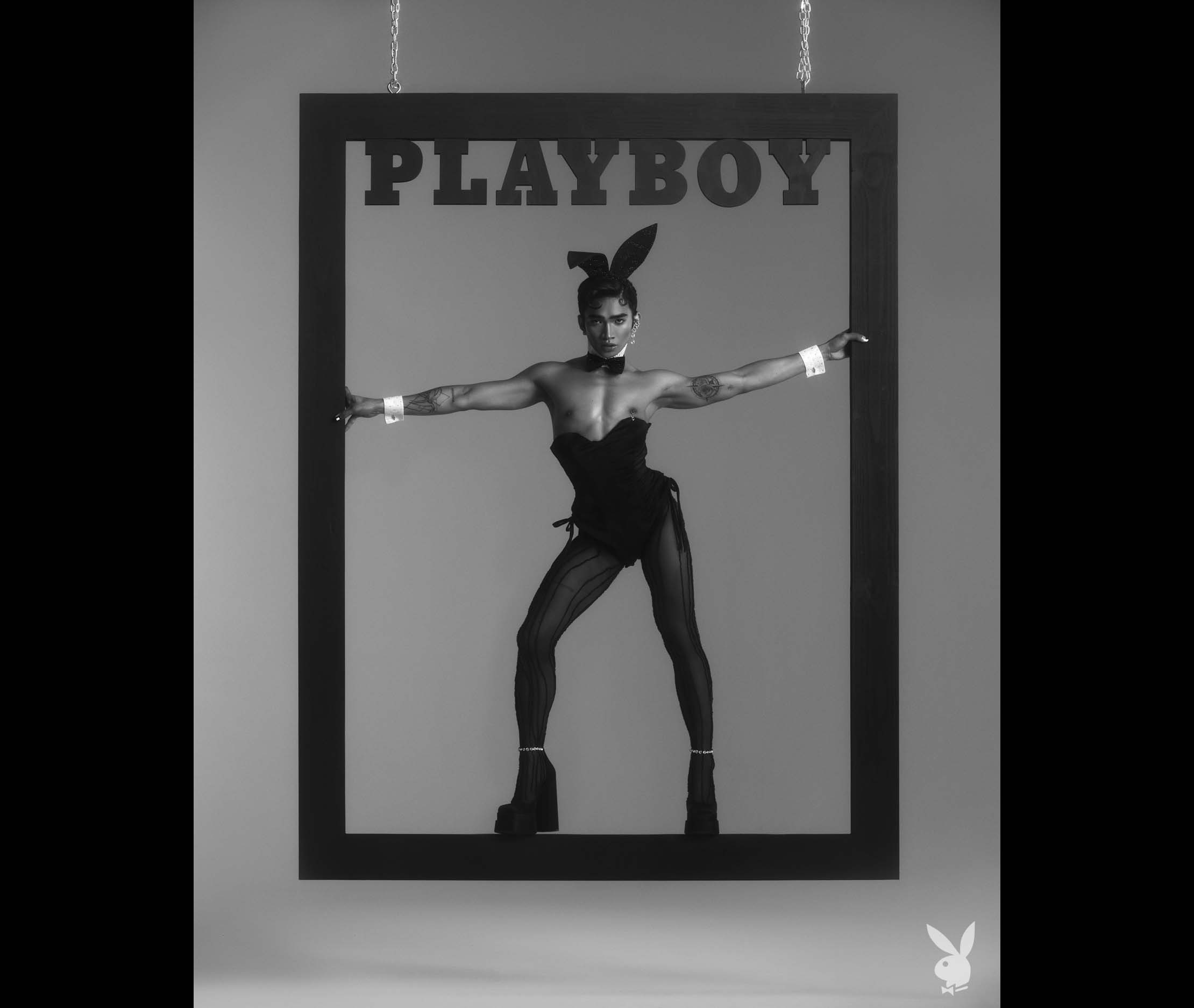 FILIPINO American internet star Bretman Rock has made history as the first-ever openly gay man to grace the cover of Playboy magazine.

In an Instagram post on Friday, October 1, the YouTuber and influencer shared this month’s digital cover, saying: “I’m a BUNNY duh!! @Playboy to kick off spooky szn. All credits to the team.”

Bretman followed in the footsteps of Bad Bunny, who made history in July 2020 for being the first male celebrity featured on the magazine’s cover.

“For Playboy to have a male on the cover is a huge deal for the LGBT community, for my brown people community and it’s all so surreal. A total ‘is this even…happening right now?’ type of vibe. And I’m so pretty,” Bretman was quoted as saying on Playboy’s Instagram post.

While the milestone was celebrated by many, some have also expressed their dislike for the cover choice.

In response, Bretman silenced the critics by posting another set of photos of him donning the famed bunny ears.

“Da Baddest Bunny,” he wrote in the caption. “Posting to piss off more straight men, if you’re pissed Bc I turn you on then- say that geez.”

For its part, Playboy defended its choice to feature Bretman, saying freedom and equality are in the “DNA” of their brand.

“Last week, we released our first-ever cover with an openly gay model, @bretmanrock. Since posting, we’ve received a lot of great comments, but far too many offensive ones as well,” it said in a tweet.

“These are the same kind of comments Playboy received when we put Darine Stern, an African American woman, on the cover in 1971, when we featured transgender model Tula Cossey in 1991 and when we fought for abortion rights before Roe v. Wade and cannabis law reform in the 1970s,” it added.

Playboy concluded its statement by stressing: “Standing for freedom and equality is in the DNA of this brand. Today, Playboy is much more than a magazine. Our digital covers are creative snapshots that drive and reflect the current dialogue around pleasure, sexuality, equality and culture.”

Bretman, 23, was born in Sanchez Mira, Cagayan in the Philippines. His family moved to Hawaii when he was 8 years old.

He cultivated his online persona by doing makeup tutorials and vlogs on YouTube. Currently, his channel has amassed over 8 million subscribers, while his Instagram has around 17 million followers. Earlier this year, he debuted his reality show on MTV, “Following: Bretman Rock.”

He has also been named MTV’s 2021 Breakthrough Social Star, People’s Choice Awards Beauty Influencer of the Year, and one of Time’s 30 Most Influential Teens.