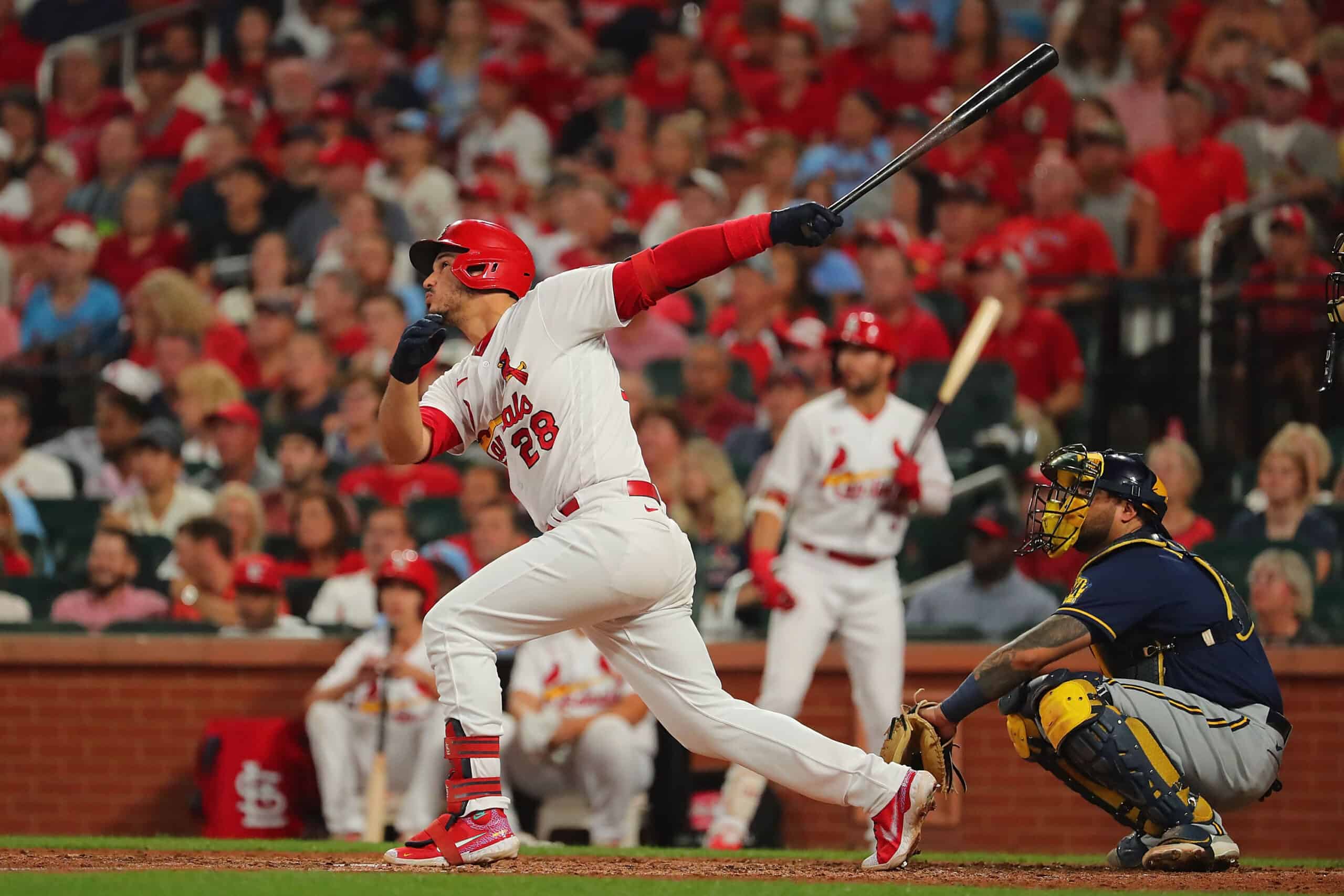 It was a great run, but the St. Louis Cardinals‘ 2021 season came to an end last night in the NL Wild Card Game.

The Los Angeles Dodgers were too much for the Cardinals to handle.

Although St. Louis’ season didn’t end with a World Series title, it was a fun ride while it lasted.

As far as the Wild Card Game itself went, there were a couple of players who didn’t rise to the occasion for the Cardinals.

It’s tough to criticize players over one game, but with the single-elimination Wild Card format, everyone has to show up and bring it.

Not everyone did for St. Louis.

After a breakout regular season, Tyler O’Neill had a rough Wild Card Game.

He went hitless in four at-bats, and he struggled in clutch moments.

The 26-year-old came to the plate with runners in scoring position three times, and in those plate appearances, he went 0-for-3 with two strikeouts.

The whole team struggled with runners in scoring position against Scherzer and L.A.

Despite the rough evening for O’Neill, there’s no diminishing what he accomplished in the 2021 season.

He established himself as a legitimate rising star, and it’ll be very interesting to see where his game goes from here.

He added some stellar defense, too.

The youngster racked up a WAR of 6,3, and his name will almost certainly be seen on MVP ballots once those results are released to the public.

MLB fans were excited to see Nolan Arenado in the 2021 postseason due to the fact that he had only appeared in five career playoff games before last night.

But unfortunately, the veteran had a rough game against the Dodgers.

He went 0-for-4 on the night, including 0-for-3 with runners in scoring position.

It was a night of squandered opportunities for St. Louis.

This was Arenado’s first year with the Cardinals, and it’s tough to come to an overall conclusion when judging how it went.

He had a decent regular season, as he posted a slash line of .255/.312/.494 and homered 34 times, but compared to some of his other campaigns, it wasn’t an overly impressive year for him.

He was surely hoping to make a statement in the playoffs, but he wasn’t able to do so.

The 30-year-old will likely be a member of the Cardinals organization for the foreseeable future, so all involved parties are hoping that his 2022 season will be a more memorable one.

Many Cardinals fans are justifiably frustrated with the way the team has performed in the playoffs recently.

Fans in St. Louis are itching for another World Series run.

The Cardinals haven’t cracked the World Series since 2013, and they haven’t won it all since 2011.

Will that change in the near future?

Only time will provide an answer.