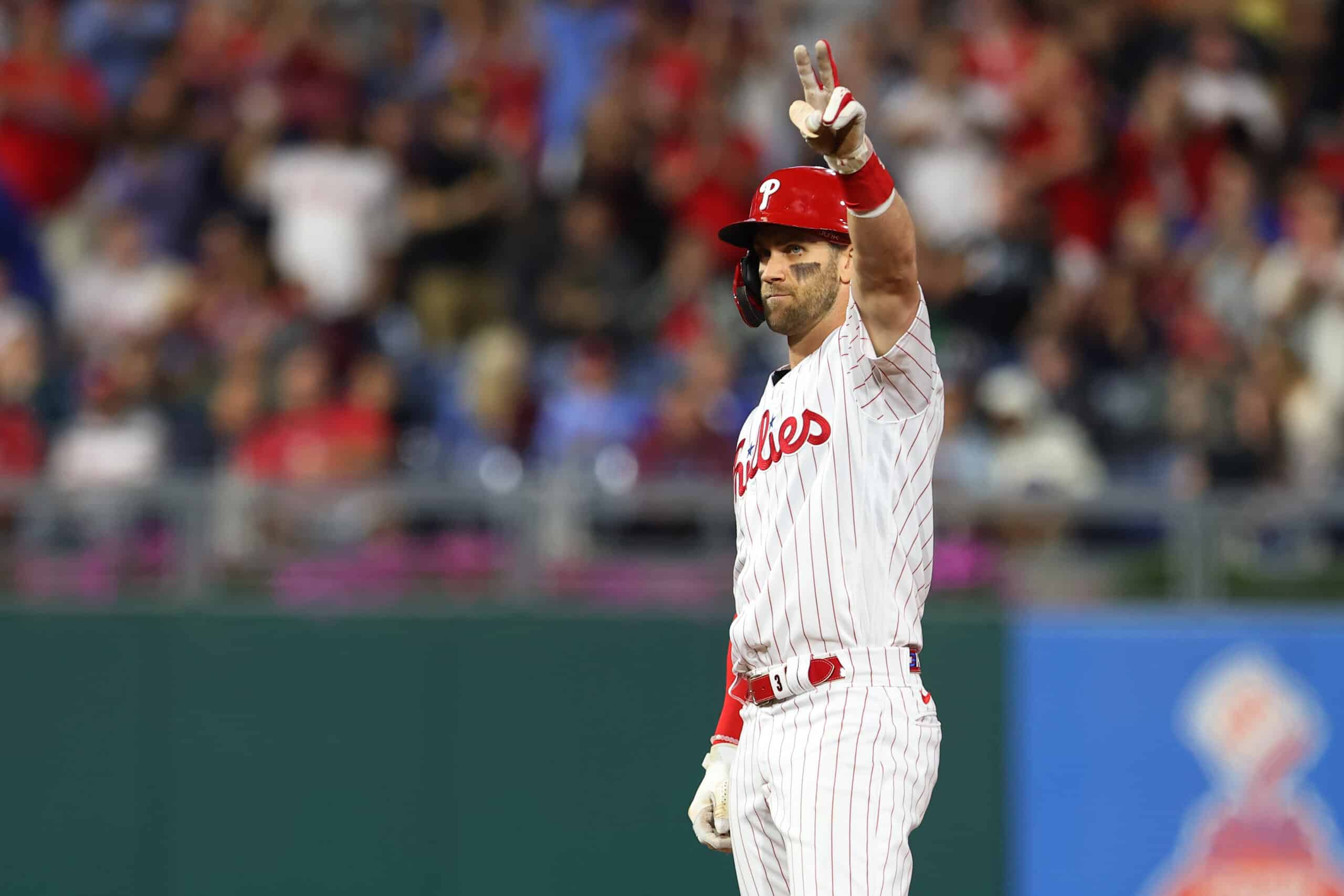 The Philadelphia Phillies had their first winning season in a decade in 2021, but it wasn’t enough to get the team to the playoffs.

That’s a shame, as an MVP season from superstar Bryce Harper went to waste.

The Phillies have enjoyed three years of stellar production from Harper since he signed with the organization prior to the 2019 season, but the club has no postseason bids to show for it.

It’s time for that to change.

This offseason, Philadelphia needs to get the 29-year-old some help.

Here are two players the franchise can target in order to do so.

Harper needs help, but it doesn’t have to come in the form of a bat.

The Philadelphia bullpen was a major point of weakness in the 2021 season, as the unit registered a very poor 4.60 ERA.

That ranked as the sixth-worst mark in all of baseball.

Needless to say, this area needs to be addressed.

Like usual, there are some really solid relievers available on the free-agent market, and Raisel Iglesias is one of them.

He also put up a bWAR of 2.8, which is quite the mark for a relief pitcher.

This sequence by Raisel Iglesias was unfair 🥵 pic.twitter.com/xcjX1dHYMr

Iglesias was rewarded for his outstanding season with an 11th-place finish in the American League Cy Young race.

The Phillies should definitely entertain the idea of going after the 31-year-old.

Marcus Semien spent the majority of the 2021 season at second base with the Toronto Blue Jays, but he has plenty of past experience playing shortstop.

That makes him a very interesting player for the Phillies to potentially target, as Philadelphia has some major question marks at the shortstop position.

Didi Gregorius, when healthy, manned the position for the Phillies in 2021, and it didn’t go very well.

He’s under contract for another season, but Phillies president of baseball operations Dave Dombrowski has made it very clear that there are no guarantees that Gregorius will return in 2022.

“It very well could be him,” Dombrowski said of Gregorius when discussing who the team’s starting shortstop will be in 2022. “But he knows, we’ve had a discussion with him, that he needs to be better.

“We’re in a position where we also are going to be open-minded to what’s going to take place at shortstop next year. It could be internal. It could be him if he comes back.

“We need to get better at shortstop. We need to, if it’s internally or externally, whatever it may be, we need to do that.”

If the Phillies do opt to move on from Gregorius, signing Semien would be a home-run move for the organization.

There will likely be a very attractive market for Semien this offseason, as he just had an MVP-caliber campaign, but Philadelphia shouldn’t shy away from inserting itself into the sweepstakes.

MARCUS SEMIEN’S TWO-RUN BOMB TIES THE GAME IN THE BOTTOM OF THE 10TH! ⚾️💣

He’s a star who seems to be in the midst of his best years.