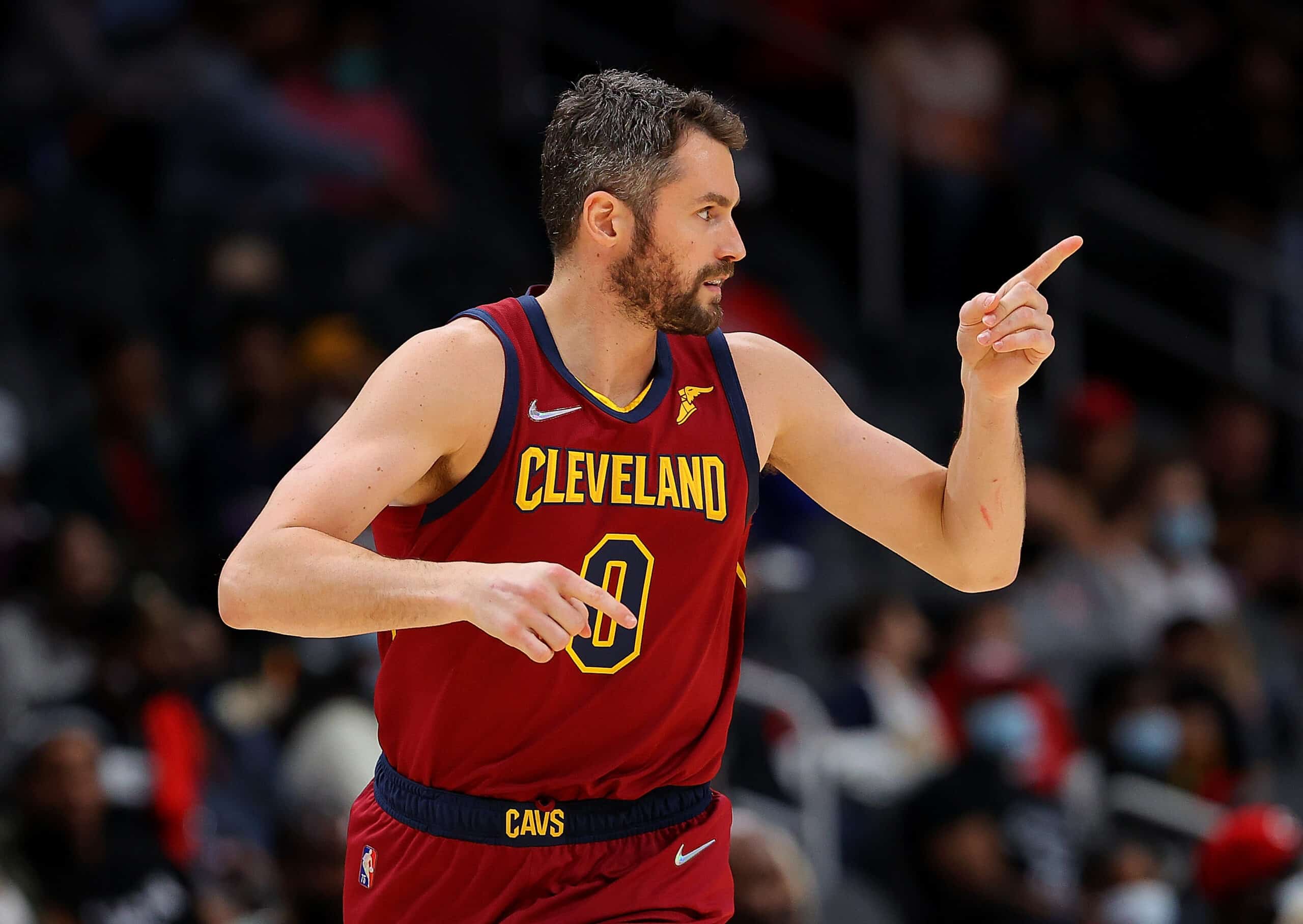 Back in 2018, Kevin Love signed a 4-year, $120 million contract with the Cleveland Cavaliers.

LeBron James had just left Cleveland for the second time and the Cavs were desperate to remain relevant.

Reports: Kevin Love has signed a four-year, $120M extension to remain with the Cavs. (Via ESPN) pic.twitter.com/jdatox8hkY

However, the extension has only delayed the inevitable – Love leaving the Cavaliers.

Teams have been reluctant to take on the massive contract for a player who is no longer in his prime.

While Love is a solid rebounder and can stretch the floor with his shooting, he is somewhat of a defensive liability.

A major concern for any players that aren’t elite scorers.

Agreeing to a buyout would be the simpler route but Love has already turned that down once this past offseason.

However, teams may be more willing to take on the behemoth of a contract now that there’s only one full year left after this season.

Especially if they feel he could be the piece that vaults them into contender status.

First up is the team who has been tied to Love since he signed the extension, the Portland Trail Blazers.

They have not had a scoring big to compliment their guard tandem of Damian Lillard and CJ McCollum.

Not the scoring threat he once was, he would at least draw some of the defensive attention away from Lillard and CJ.

He would also provide a low-post scoring presence.

The presence of Robert Covington and Larry Nance Jr. allows the Trail Blazers to mask any defensive shortcomings by Love.

Going with a small-ball lineup of Lillard, McCollum, Covington, Love, and Nance Jr. would be a well-balanced lineup with plenty of shooting and enough defense to counterbalance the potent offense.

The Philadelphia 76ers are more of a long shot than the Blazers but still might consider a trade.

Sixers’ GM Daryl Morey has gone on record saying the Sixers will only trade for players who are “difference makers“.

Assuming the Cavaliers would want Simmons in return, another piece would probably need to be attached to Love.

However, Jason Lloyd reported the Cavs “refuse to attach an asset just to move his contract”.

A trade between the 76ers and the Cavaliers would require both sides to compromise.

Love would be a snug fit next to All-NBA big man Joel Embiid.

He would maintain the spacing needed on offense to give Embiid room to work in the post.

He would also provide Embiid with another perimeter target to kick out to when a double team comes.

And assuming Collin Sexton is included in any trade, a potential lineup of Sexton, Seth Curry, Tobias Harris, Love, and Embiid is dangerous.

Love would also bring championship experience to a team looking to bring home a title.